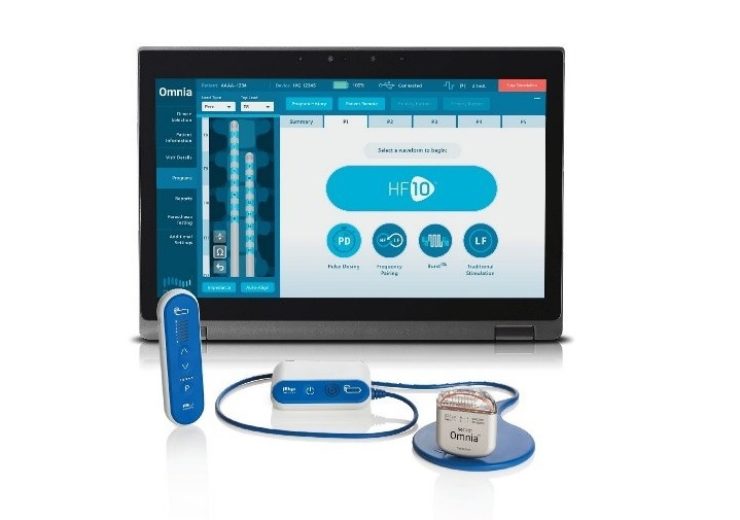 The Omnia system, which is completely a new SCS platform, includes multiple new components such as a new programmer.

Nevro has redesigned patient remote for the new Omnia system

The new Omnia programmer will help physicians to easily deliver a range of waveforms across the full SCS frequency spectrum.

The SCS system also features a redesigned slimmer patient charger with an improved user interface, as well as provided with an updated and upgradeable implantable pulse generator.

Nevro’ SCS system also includes a battery that can work for more than ten years. With full-body MRI approval, the system can be upgraded to future waveforms and frequencies.

The Omnia delivers a range of frequencies of any SCS system between 2Hz and 10,000Hz compared to other SCS systems on the market. It can also be programmed to offer waveforms independently or paired with HF10.

Nevro chairman, CEO and president Keith Grossman said: “This next-generation SCS system has been developed in close consultation with customers and is designed to provide a comprehensive solution to manage chronic pain.

“Omnia’s versatility means that patients now have access to a full range of SCS solutions and physicians can have the peace of mind that when they implant the system, they will have the capabilities needed to achieve the best possible outcomes for their patients.”

In November 2019, Nevro secured approval from the US Food and Drug Administration (FDA) for the Senza SCS system to treat chronic pain.

Nevro has developed and commercialised the Senza SCS system as an evidence-based and non-pharmacologic neuromodulation platform to treat chronic pain.

The Senza system, Senza II system, and the Senza Omnia system are claimed to be the only SCS systems that deliver Nevro’s HF10 therapy.