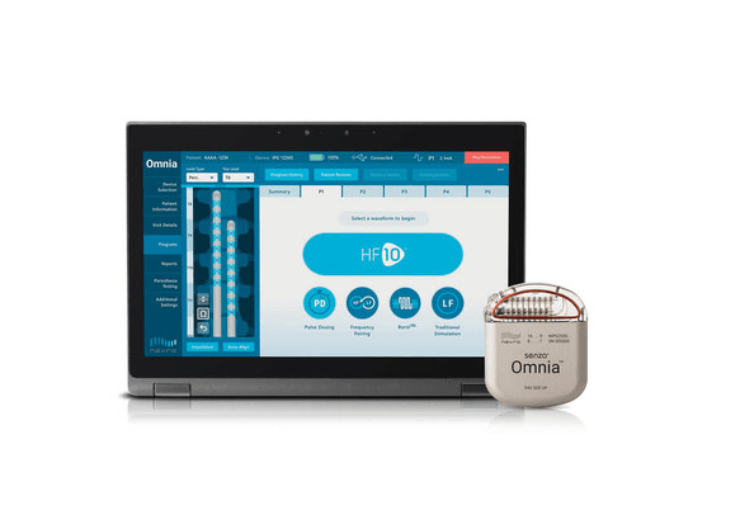 Senza Omnia is claimed to be the first and only SCS system developed to provide Nevro’s HF10 therapy in addition to all other available SCS frequencies.

The Omnia system includes three new components, including the new programmer that will help physicians provide a range of waveforms across the full SCS frequency spectrum, either separately or paired together.

The redesigned patient remote is the second element designed to be easily used by the patients. It facilitates to expand on the HF10 algorithm by giving physicians the ability to deliver additional waveforms.

In addition, the system features an updated and upgradeable implantable pulse generator. The Omnia system, which has conditional full body MRI approval, can be upgraded to future waveforms and frequencies.

The Omnia system holds a capacity to deliver a range of frequencies of any SCS system between 2 hertz and 10,000 hertz.

Designed to provide most waveforms in a single product, the Omnia system can be programmed to deliver waveforms independently or paired with HF10.

The company is expecting approval for the Omnia system in Europe during the first half of 2020, while in Australia during the latter part of the same year.

Nevro chairman and CEO Keith Grossman said: “The Omnia system was developed based on feedback from the pain community and has resulted in a product that Nevro is uniquely able to provide. Omnia not only offers HF10, the most studied therapy available in the market that physicians have provided to over 53,000 patients, but it also gives physicians access to all other SCS frequencies, either independently or paired with HF10.

“With Omnia, our goal is to provide physicians the peace of mind that when they implant the system, they will have the versatility needed to achieve the best possible outcomes for their patients.”