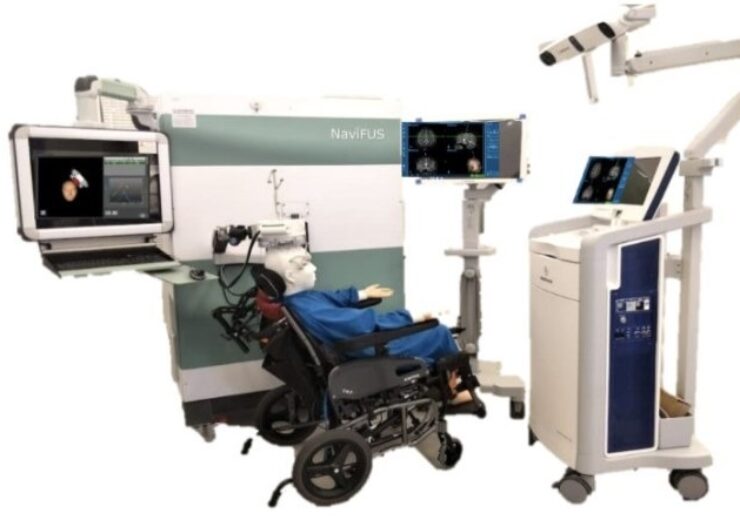 The patient can easily sit in the chair in the out-patient clinics during the FUS operation. (Credit: PRNewswire / NaviFUS Corporation)

The trial will assess the use of Neuronavigation-guided FUS to repeatedly and temporarily open the BBB and optimise bevacizumab’s efficacy in patients with rGBM.

For guiding the FUS energy, the NaviFUS system uses neuronavigation and prior patient CT/MR images.

The NaviFUS system is also provided with real-time acoustic emissions monitoring function, which has the capacity to personalise a safe and optimal level of FUS energy treatment for each patient.

According to the company, the first patient in the trial has been recruited in August, and preliminary monitoring from the initial bevacizumab with FUS treatments have demonstrated the patient’s condition is stable with no adverse events.

The company aims to enrol six rGBM patients in the study who will undergo biweekly bevacizumab treatment.

As per the clinical trial protocol, the patients will be given FUS treatment with every bevacizumab dose up to the 34th week or until further disease progression.

NaviFUS CEO Dr Arthur Lung said: “The goal of the study is to investigate the possibility of delivering a large molecular weight drug to the brain in higher concentrations using FUS technology.

“To our knowledge, this is the first time large molecular bevacizumab delivered into the brain in significant quantities. Should we observe positive results from the study, we expect it will be a good model for further extension to other biologicals, antibodies, antibody-drug conjugates, and cell therapies.”

NaviFUS, a subsidiary of Genovate Biotech, is holding exclusive licences for FUS and navigation technology from Chang Gung University from 2015, which were used to develop a FUS device that uses neuronavigation.