Given they contain many harmful chemicals, e-cigarettes may not be a healthy alternative to smoking but there is another type of tech that claims to be different 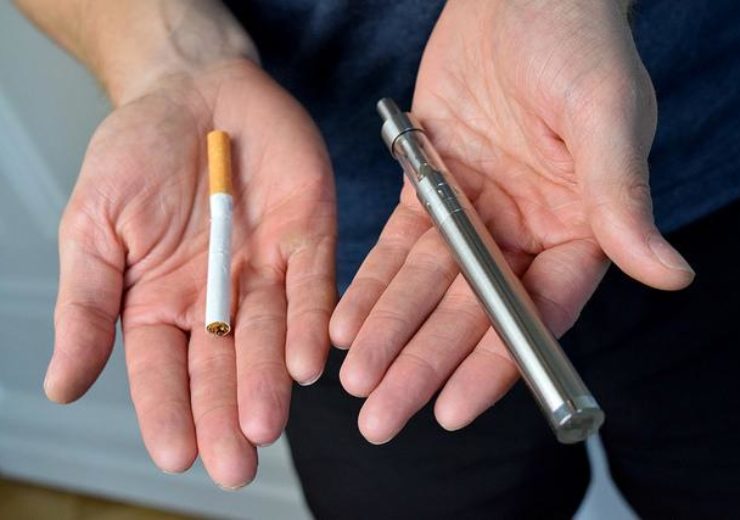 E-cigarettes are growing in popularity but studies show they might not be the most healthy alternative to their conventional counterparts – to mark National No Smoking Day one CEO claims his product is “the missing link”.

Meanwhile, vaping has remained relatively stable among adults in the country since 2015, with figures showing between 5.4% and 6.2% of adults use e-cigarettes.

They contain a number of harmful chemicals, however, leading to questions over their safety.

Here we take a closer look at the consequences of vaping as well as the AI software offered by health analytics company Somatix, which claims to have a superior alternative.

What is national No Smoking Day?

National No Smoking Day in the UK is an annual health awareness day intended to help smokers who want to quit their harmful habit.

The New England Journal of Medicine has recently published the results of a study by Queen Mary University of London, which found e-cigarettes are twice as effective at helping people quit smoking as any other nicotine replacement therapy, such as nicotine patches, gum and inhalers.

Despite some people having real success with vaping to quit smoking, owner and chief pharmacist at Oxford Online Pharmacy Stuart Gale expressed his concerns over people seeing the device as a “safe alternative.”

Invented by Hon Lik, a Chinese pharmacist, an e-cigarette is a handheld, battery-operated device that simulates the experience of smoking a cigarette – there are several different types offered by hundreds of brands, with the market continually growing.

The device works by heating e-liquid, which contains a mixture of nicotine, solvent carriers – glycerol, propylene or ethylene glycol – along with any number of flavours and other chemicals, to a high enough temperature to create vapor, which is then inhaled and exhaled.

Mr Gale said: “While it is probably safer than smoking traditional cigarettes, those who choose to vape are still ingesting nicotine, which is a highly addictive chemical.

“These are not medical products and as such there is no quality control or regulation.

“There have also been numerous reports in the press about the vape battery exploding, which has caused serious burns and in one case that I am aware of death.

“I am also concerned that it is becoming fashionable, particularly among young people, which is worrying.”

What are the harmful chemicals in e-cigarettes?

Vaping may be less harmful to an individual’s health than inhaling smoke from tobacco in conventional cigarettes and cigars – but it still transfers harmful chemicals as e-cigarettes are not completely free of toxins.

Mr Gale said: “Cigarettes are astonishingly dangerous. As a smoker you are about 50% more likely to die from smoking related diseases including lung cancer and Chronic Obstructive Pulmonary Disease, both of which are horrific.

“Imagine not being able to breathe, it’s life-changing and life-limiting, not to mention entirely avoidable.”

Besides nicotine, e-cigarettes contain harmful ingredients that can be inhaled deep into the lungs such as flavourings like diacetyl, a chemical linked to serious lung disease, volatile organic compounds and heavy metals like nickel, tin and lead.

“You are also far more likely to give up if you have some sort of support as you attempt to quit – which can take an average of six attempts.

“Patches are still the most popular option, maybe because you put the patch on and can forget about it.”

How  AI  can be used to help quit smoking

An AI based smoke monitoring app developed by health analytics company Somatix can be used in conjunction with any wrist-worn wearable to provide in-depth insights into the damaging effects of smoking habits.

The AI software, called Smokebeat, can identify and distinguish smoking from other hand-to-mouth gestures using machine learning algorithms to track specific activity or incidents, such as taking medication or falling.

CEO and co-founder of Somatix Eran Ofir describes his products as “the missing link in the quest for a winning smoking cessation treatment.”

Smokebeat features multiple sensors such as accelerometer, gyroscope and step detector, which runs on a real-time smoking detection algorithm.

Healthcare providers at clinics or family members can monitor key indicators that may require someone to intervene.

SmokeBeat also supplies its users with further incentives to quit by informing them of long-term health and financial impact if they continue smoking.

In honour of national No Smoking Day, Mr Gale said: “Every day should be no smoking day. Giving up is the biggest single thing you could do to improve your health and wealth.