Mylan and Atomo Diagnostics have partnered to commercialize CE-Marked in vitro HIV rapid diagnostic tests for self-testing in low- and middle-income countries. 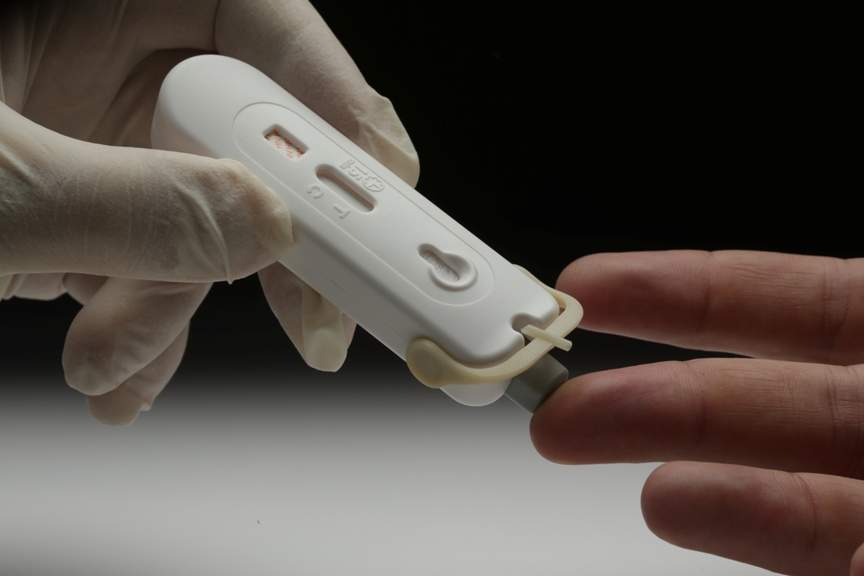 The tests will allow individuals to confidently screen themselves in the privacy of their own homes with a device engineered for simplicity and accuracy.

The tests are designed to detect the presence or absence of HIV antibodies in a single drop of blood obtained from a fingertip. Results are delivered in just 15 minutes, which is essential for access to early treatment and care.

A third of the 36.7 million people living with HIV are not aware of their status. While HIV testing rates have improved, many countries still face obstacles in expanding access to testing, such as patients being hard-to-reach or socially isolated due to stigma and discrimination.

Deploying point-of-care self-tests in community-based settings that deliver prompt and accurate results is vital to increasing the proportion of people who know their HIV status. The sooner an individual is tested, the sooner counseling can be offered and prevention options or treatment can be initiated, which is critical to halting further transmission of the virus.

Mylan CEO Heather Bresch said: “Today’s announcement is another great example of our work to support the HIV/AIDS community, especially those living in low- and middle-income countries. I am proud of Mylan’s efforts to fight HIV/AIDS around the world, which is part of our long-standing commitment to increase access to treatment to address some of the world’s most significant public health issues.

“Today, 40% of all people living with HIV who are receiving treatment depend on antiretrovirals that we produce. But our work is far from over, with too many new infections each year and too many people not receiving the care they need. Our partnership with Atomo to supply HIV rapid diagnostic tests for self-testing is an important step in our collective goal of preventing HIV infections and expanding treatment.”

Atomo Diagnostics founder and CEO John Kelly said: “We are delighted that our innovative HIV self-tests have been chosen by Mylan, the global health leader in HIV treatment and the largest supplier of ARVs. This strategic partnership will mean that the products designed by Atomo can be introduced to more than 100 countries, so that millions of people will have access to award-winning rapid tests.

“We believe that Mylan is the ideal partner to ensure that our HIV self-test products have maximum impact in the fight against HIV/AIDS.”

While in some countries, like the US and in Europe, HIV self-tests are readily available in pharmacies, HIV testing in low- and middle-income countries remains dependent on the diagnostic test being conducted in formal settings by trained professionals.

Atomo products are highly accurate. In laboratory and in-field evaluations, Atomo diagnostic tests demonstrated an aggregated 99.6% for sensitivity and specificity. Atomo HIV self-test products are CE-marked and are being evaluated by the World Health Organization for prequalification.

Under the terms of the agreement, Mylan has exclusive rights to commercialize the products in more than 100 countries in Africa, Asia, the Middle East, the Commonwealth of Independent States (CIS) and Latin America. Mylan plans to launch the Mylan HIV Self-Test in global markets in early 2019.