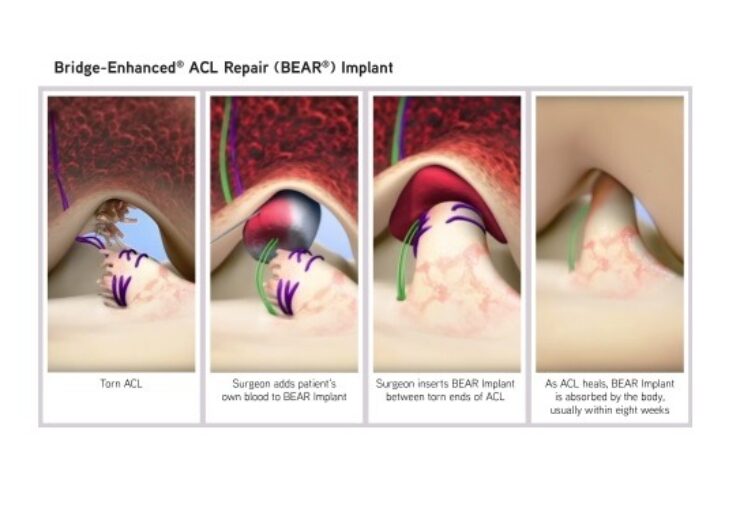 The BEAR implant is claimed to be the first medical technology to have clinically shown that it facilitates healing or restoration of the patient’s torn ACL, a common knee injury in the US.

Designed to replace the ACL with a graft, the implant is also said to be the first new treatment for ACL tears in over 30 years.

According to the company, the less invasive bio-engineered BEAR implant has the potential to restore natural anatomy and function of the knee.

The BEAR implant does not need a second surgical wound site to cut out a healthy tendon from another part of the leg or using a deceased donor’s tendon, which requires special storage and handling requirements.

The FDA approval of BEAR implant was based on the results of the BEAR II clinical trial. Two-year follow-up data demonstrated the BEAR implant was non-inferior to autograft ACL reconstruction in patients aged between 14 and 35 years.

The BEAR Implant has been designed to serve as a bridge between the two ends of the torn ACL. The surgeon injects a small quantity of the patient’s own blood into the implant and inserts it between the torn ends of the ACL via minimally invasive procedure.

The combination of the BEAR implant and the patient’s blood facilitates the body to heal the torn ends of the ACL back together while maintaining the ACL’s original attachments to the femur and tibia.

Miach Orthopaedics president and CEO Martha Shadan said: “Preserving a patient’s native ACL instead of replacing it with a graft has long been a goal of surgeons, and before the BEAR Implant, multiple approaches were studied and failed.

“The BEAR Implant, which is the first medical technology to show that it enables a patient’s own torn ACL to heal, represents the first substantial advancement in the treatment of ACL tears in decades and has the potential to change the standard of care.”

In 2018, MIACH Orthopaedics secured $22.5m in financing to accelerate manufacturing capabilities and continue US clinical trials of its first implant.