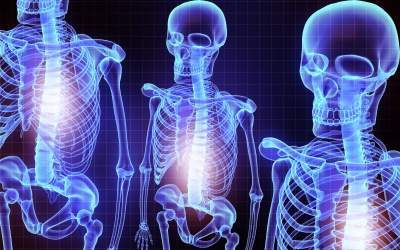 The series A round was co-led by Amzak Health Investors LLC and DSM Venturing with participation from the NFL Players Association and additional investors.

The proceeds will be used for accelerating manufacturing capabilities and to continue U.S. clinical trials of MIACH Orthopaedics’ first implant, the Bridge-Enhanced® ACL Repair (BEAR®), designed to stimulate healing of a torn anterior cruciate ligament (ACL).

Every year, approximately 400,000 ACL injuries occur in the U.S. Without treatment, the ACL does not heal, resulting in ACL reconstruction surgery being one of the most common orthopaedic procedures in the U.S.

MIACH Orthopaedics’ new BEAR technology is a proprietary bio-engineered sponge used as a bridging scaffold to stimulate healing of the torn ACL. The BEAR technology has successfully been tested in nearly 100 human patients under Food and Drug Administration Investigational Device Exemption (IDE) in the BEAR studies.

MIACH Orthopaedics founder Dr Martha Murray said: “We believe that BEAR technology has the potential to transform connective tissue repair, and we’re gratified that Amzak, DSM and the NFL Players Association share our vision to explore its application in ACL repair.

“We look forward to accelerating clinical trials to further evaluate the less-invasive BEAR technology as a viable alternative to ACL reconstruction.”

During traditional ACL reconstruction, the torn ACL is removed and replaced with a graft of tendon harvested from previously healthy parts of the leg. This requires healing not only the ACL site, but the graft site as well. Most patients are able to return to sports, but the ACL re-tear rate can be as high as 20 percent for teens, and up to 80 percent of patients develop arthritis 15 to 20 years after surgery.

The BEAR procedure does not require taking pieces from other parts of the leg, and preclinical studies suggest that knees treated with BEAR have a significantly lower rate of arthritis than those treated with ACL reconstruction.

MIACH Orthopaedics is a privately held company located in Boston, Massachusetts, dedicated to developing bio-engineered surgical implants for connective tissue repair. The company’s initial focus is on the Bridge-Enhanced® ACL Repair (BEAR®) technology as a viable alternative to conventional ACL reconstruction for patients who have sustained an ACL injury.