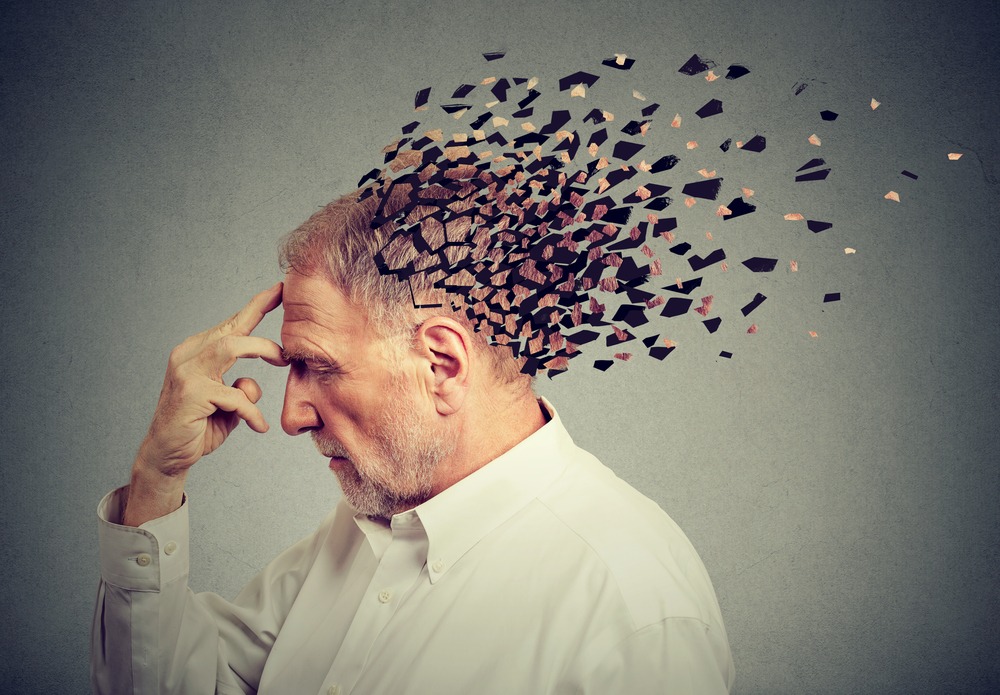 Alzheimer's is the most common cause of dementia (Credit: Shutterstock/Pathdoc)

Alzheimer’s disease has been a blight on families for countless years, and although there’s been progress in the development of medical devices and drugs to treat it, intervention is still in its relative infancy.

The condition was only given its label in 1910 by psychiatrist Emil Kraeplin, who named it after his student Alois Alzheimer who discovered features that separated its pathology from senile dementia.

But mentions of Alzheimer’s symptoms have appeared throughout history, as far back as 2000BC, when Egyptians were aware of the capacity for memory to decline with age, and then again in Ancient Greece when philosophers grappled with the ontological nature of mental acuity declining with age.

Although there’s no definitive way to prove that the disease itself caused any of that decline, the fact that it’s known today as the most common cause of dementia – a general term for loss of memory, language, problem-solving and other thinking abilities – suggests that it must be responsible to some degree.

While drugs in the form of cholinesterase inhibitors – which slow the loss of cholinergic neurons found to contribute to memory and attention deficits – are most commonly used to treat Alzheimer’s, medical device manufacturers are also rising to the challenge.

Here are four technologies considered breakthroughs for showing promise in the future treatment of the disease.

Four breakthrough medical devices that could help to treat Alzheimer’s in the future:

A Breakthrough Device Designation was given to NeuroEM Therapeutics on October 28 because its technology shows promise for reversing the memory loss associated with the disorder.

In a process called Transcranial Electromagnetic Treatment, the company’s MemorEM device covers the head with a strap around the chin and emits electromagnetic waves that break up small aggregates of toxic proteins thought to be the cause of the disease.

In a small pilot study, seven out of eight participants gained back 12 months of memory lost due to Alzheimer’s, and NeuroEM is now preparing for a 12-month clinical trial to support its application for FDA approval to treat the condition.

The latest technology to receive a Breakthrough Device Designation came from Cognito Therapeutics, which received the accolade on the 12 January this year.

The technique seeks to reverse Alzheimer’s just like that of NeuroEM, but by using specific frequencies (40Hz) of light and sound to generate gamma waves in the brain.

The technology was tested on mice with genetically-induced Alzheimer’s back in 2019 and was found to reduce the amyloid plaques and tau tangles linked to the severity of symptoms.

A further mouse study showed long-term treatment resulted in changes in gene expression in neurons, the prevention synapse and neuron loss, and improved learning and memory.

Human studies are currently underway and the company claims those in the treatment arm have exhibited improved cognitive and functional outcomes compared to placebo, but the results of human studies are yet to be published in full.

While it’s not an FDA Breakthrough Device Designated product, a medical blood test from C2N Diagnostics has been branded a breakthrough in the field of Alzheimer’s for its ability not to treat, but to detect the disease early, which may allow for more efficient treatment.

According to the company, based on data from 686 patients older than 60 years of age with subjective cognitive impairment or dementia, the PrecivityAD test correctly identified brain amyloid plaque status (as determined by quantitative amyloid PET scans) in 86% of the patients.

The Alzheimer’s Drug Discovery Foundation branded the test a “less costly and accessible” option for diagnostic testing in memory and dementia care that those that already exist in clinical practice.

One of the more invasive medical devices recently designated a Breakthrough Device by the FDA is Functional Neuromodulation’s Vercise deep brain stimulation system, developed and manufactured by Boston Scientific Corporation to treat Alzheimer’s.

The technology requires a surgical procedure to imbed electrodes into certain areas of the brain – in this case the fornix – which are connected to an internal pulse generator installed under a layer of subcutaneous fat in the upper chest.

Small electric pulses are delivered into targeted areas of the brain to control abnormal brain activity, a process already shown to work in other neurological conditions, like advanced-stage Parkinson’s disease and essential tremor.

The company is currently seeking 210 people greater than or equal to 65 years of age that have been diagnosed with mild Alzheimer’s disease to join its ADvance II study aimed at continuing to test the efficacy of its device.