Mauna Kea Technologies, medical device company focused on eliminating uncertainties related to the diagnosis and treatment of cancer and other diseases, has announced a mutual decision to terminate the development and distribution agreements with Cook Medical. 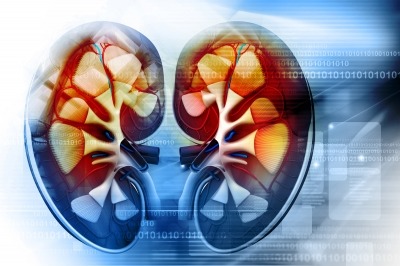 In December 2015, the company signed the first of the strategic partnerships when it announced a multi-year worldwide exclusive marketing partnership agreement with Cook Medical to use the Cellvizio platform in urological applications.

Mauna Kea agreed to develop a private-label version of Cellvizio for Cook Medical to sell in markets around the world, with specific emphasis on the characterization of upper urinary tract urothelial cancer, and the detection and surveillance for cancer recurrence among the over 500,000 people living with bladder cancer in the US alone.

Mauna Kea has developed Cellvizio, a multidisciplinary probe and needle-based confocal laser endomicroscopy (p/nCLE) platform. The platform generates optical biopsies and offers clinicians with microscopic images of tissue instantaneously and in a minimally-invasive manner. The product is claimed to be used on more than 40 countries and 550 clinics across the world.

Cellvizio helps in making biopsies more targeted and more accessible. It helps physicians in taking prompt decisions, reduces indetermination and improved patient outcomes. It can reduce the number of biopsies needed while increasing diagnostic yield and is claimed to be offering real-time vision at the cellular level.

Gershon continued saying: “While we have been disappointed by the lack of commercial progress in the urology market to-date, we are encouraged by the significant progress we have made in the areas of product development, clearance and clinical validation of our Cellvizio technology in the Urology market in recent years. Specifically, there have been 16 publications studying the use of confocal laser endomicroscopy in urology over the last three years.

“These publications detail the clinical studies observing more than 150 patients, at 10 hospitals and academic institutions around the world and include some of the most prominent thought leaders in urology.”

Last May, the company secured the US Food and Drug Administration (FDA) 510(k) clearance for Cellvizio 100 series F400 and F800 with a new Confocal Miniprobe, the CranioFlex, to be used during neurosurgical procedures. This is the 15th clearance from the federal agency for Cellvizio to be used in neurosurgery.