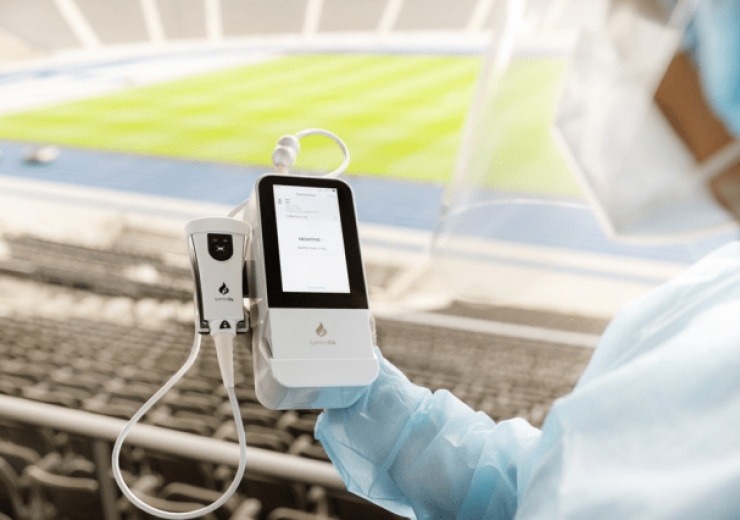 Used with the LumiraDx Platform, the test offers a rapid, scalable and cost-effective screening solution for infectious individuals.

David Walton, LumiraDx Chief Commercial officer explained, “Whether it’s a football match, concert, or the theater, screening groups is an important part in safely resuming large gatherings, giving attendees ease of mind, and serves as a critical tool for us to contain the spread of this virus and its new variants. The ability to test five individuals simultaneously makes the SARS-CoV-2 Ag Pool Test an efficient, accurate and economical way to implement a high-quality and thorough screening program.”

Pilot customers in Italy and Germany, including P.T.B. Sicherheitsmanagement GmbH (Corona Test Station Berlin), have already used the SARS-CoV-2 Ag Pool Test for sporting events, museum entry and festivals. P.T.B. General Manager Arne Fritsche commented, “LumiraDx’s SARS-CoV-2 Ag Pool Test has helped us to provide reliable and highly accurate testing and optimize the attendee process at events, such as currently for the Berlinale Summer Special, Berlin Philharmonic concert at Waldbühne Berlin, ALBA Basketball matches at Mercedes Benz Arena Berlin and for the Handball matches of Berliner Füchse at Max Schmeling Halle Berlin. Testing takes place either decentrally at the various CTSB testing stations or mobile at the event locations before entering the event. Attendees receive a digital notification of their test result after just a few minutes and can then enter the venue with a negative test result. In this way, we achieve maximum safety for the health of all those present as well as a fast and uncomplicated admission situation.”

Pooling testing has been shown to significantly reduce resources, including tests, operators, ad instruments, required on a per-patient basis. In addition, as up to five swabs may be tested simultaneously, testing time is reduced as much as 60 percent allowing for efficient and seamless entry protocols in large venues and other group settings.