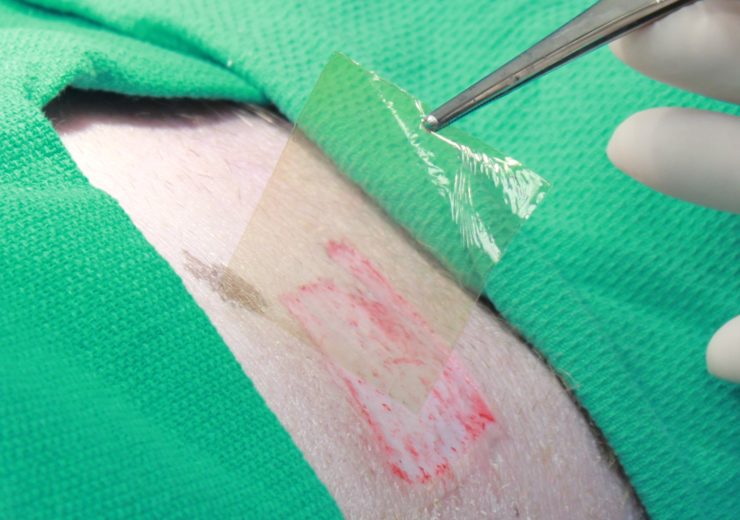 Imbed Biosciences co-founder and CEO Ankit Agarwal: “This antibiofilm dressing research program is built upon the clinical success of our next-generation FDA cleared Microlyte silver dressing that has been used in the treatment of thousands of chronic wounds patients in the U.S.

“Microlyte is an ultrathin polymeric film dressing made of bioresorbable synthetic polymers. It contains ionic and metallic silver that kill bacteria in contact with the dressing on a wound surface for up to three days.

“Research in this NIH Phase II grant will document a synergy in the unique ability of gallium ions to penetrate biofilms and sensitize bacteria to the antimicrobial action of silver ions.”

Imbed collaborates with School of Veterinary Medicine, University of Wisconsin

Biofilms are the bacterial communities residing on the surfaces and impermeable to antibiotics and antimicrobials. Biofilms delay healing of chronic wounds, including diabetic foot ulcers and venous leg ulcers, for several months.

According to the NIH, chronic wounds affect 6.5 million patients in the US and treatment of these wounds costs more than $25bn (£20bn) per annum.

Usually, damaged tissue or foreign objects are removed from the wounds surgically with a scalpel, which leaves behind fragments in the complex topography of wounds, which re-establishes biofilms within a week. This results into repeated surgical removal and wound management with high doses of antibiotics.

Imbed said that as part of its Phase I research, a combination of silver and gallium in its Microlyte dressing has destroyed the mature biofilms in a murine wound model that did not respond to a commercial silver dressing.

The company intends to sign a partnership subcontract with scientists in the School of Veterinary Medicine at University of Wisconsin-Madison to conduct preclinical studies in animal wound models necessary for FDA clearance.

Imbed Biosciences R&D vice-president Gaurav Pranami said: “Innovation is in our Microlyte multilayer film technology where we can incorporate stabilized forms of silver and gallium metal ions at concentrations that are effective in killing bacteria in biofilms but do not harm skin cells involved in wound healing.”