Singapore-based firm eko.ai is one of several start-ups AstraZeneca has partnered with in the ongoing fight to improve heart failure diagnosis 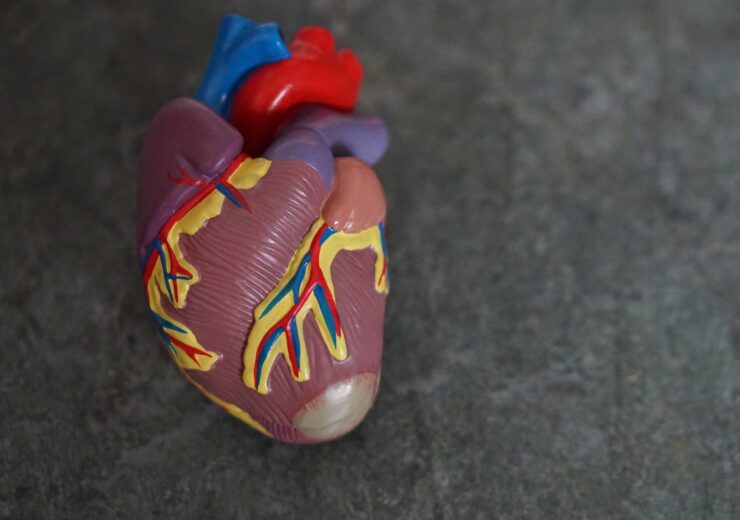 AstraZeneca wants to fulfil the “huge need” for better heart failure diagnosis, and is “on a mission” to reduce hospitalisations in this area, according to a company executive.

The UK-based pharma giant is providing support to smaller companies — such as healthtech start-up eko.ai — as part of its work in cardiovascular, renal and metabolism (CVRM) diseases.

Joris Silon, senior vice president of global CVRM at AstraZeneca’s biopharmaceuticals business unit, believes the company must become a leader in heart failure and remove the burden it places on society as a common, yet “badly diagnosed”, health problem.

“We’re on a mission to remove heart failure as one of the main causes of hospitalisation — and that’s especially true for patients above the age of 60,” said Silon.

“The research we’re doing shows there is a real gap in understanding of how frequent heart failure is, and how much of a burden it is for society.

“Inventing great medicines is absolutely important, and it’s at the core of what we do, but we can’t stop there as an organisation — we need to go broader, and I think that’s where collaborations with healthtech companies like eko.ai come in.”

Carolyn Lam, co-founder of eko.ai, said the Singapore-based firm’s work to automate the fight against heart failure using artificial intelligence means it is on a similar mission to AstraZeneca.

“I think one of the biggest things I’ve realised as a cardiologist is that a lot of heart disease is actually preventable,” she added. “Part of it is through a healthy lifestyle, but another part of it is through these incredible medications and devices we have now.

“And I’d stick my neck out to say that a lot of people don’t actually have to be hospitalised nowadays if we could just know ahead of time that you’re a high-risk person, or detect heart failure that you don’t even know you have.

“If we can do that early enough, we’ve got tonnes of stuff to keep you out of hospital. So, that’s where eko.ai comes in, by taking the most common tool cardiologists use to look at the heart — an echocardiogram — and hopefully putting it into the hands of more people.”

An echocardiogram is a type of non-invasive ultrasound scan used to build up a detailed picture of the human heart and — along with blood tests and ECGs (electrocardiograms) — is a key tool used by cardiologists to detect cardiovascular problems.

Analysing the results of an echocardiogram is both time-consuming and difficult to get right, however.

It can take about 30 minutes to analyse each scan manually, and there is also a 21% chance that one cardiologist’s interpretation of the results may be different to another’s.

However, by carrying out this analysis using AI, Lam said eko.ai has shown it is possible to streamline this “error-prone, tedious process” — reducing the timeframe to two minutes per patient, and removing variability in the results completely.

In the future, this could also mean an echocardiogram is no longer a tool that can only be used by cardiologists, as eko.ai’s technology enables the majority of their work to be automated and presents the results in a way that a non-specialised GP will understand.

Lam said that, having already demonstrated that this is possible during trials, the “big dream” for eko.ai is to put heart health into the hands of more people.

The start-up is now working to gain regulatory approval for use in Singapore and the UK, and will look to expand into other areas later on.

With support from AstraZeneca, eko.ai is also finalising plans to conduct a study involving suspected heart failure patients, which will pit the company’s AI-based, automated echocardiogram against the current, specialist-led standard of care.

AstraZeneca in the fight against heart failure

Alongside its collaboration with eko.ai, AstraZeneca is working with Eko — another start-up based in Silicon Valley, California — on its noise-cancelling, AI-powered stethoscopes.

By enhancing the process by which doctors listen to the human heart through a stethoscope, the company is hoping to improve one of the earlier stages of heart failure diagnosis.

Silon believes that, while mortality rates from heart failure can be reduced by almost 50% nowadays due to new medicines, AstraZeneca is beginning to see a shift towards preventing the condition in healthy people as well as simply treating those who are already sick.

“These patients don’t just walk into a hospital and say: ‘I want to have an echocardiogram’,” he added.

“We need to look at the whole journey a patient goes on — from sitting at home feeling breathless to being told they’re not active enough, or it’s because they’ve been smoking, or maybe they’re a COPD patient.

“They get all these other diseases being interrelated until they get to a primary care physician and if it’s a really good one, hopefully they can get diagnosed, or referred to a specialist.

“That’s why we need to partner with as many people as possible because, every step along the way, things can go wrong, and patients might not get the treatment they deserve.”

Silon also stated that there is a more general need within healthcare to “put patients in the centre” and organise care around them to ensure they get exactly what they need.

AstraZeneca is currently partnering with several organisations around the world to reorganise how people with multiple morbidities are treated, and Silon believes “the world will shift in that direction” once the trials it is currently undertaking in this area are complete.