Colombia’s INVIMA, the country’s FDA equivalent, completed the review of Hancock Jaffe Laboratories' application for a first-in-human trial of its VenoValve product. 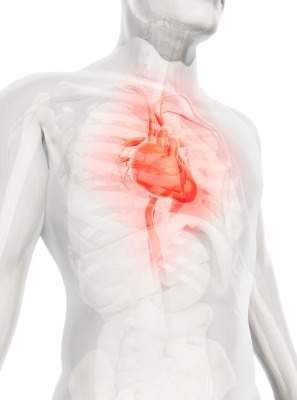 Image: Hancock Jaffe receives an update from INVIMA in Bogota on the status of application for its first-in-human trial for the VenoValve. Photo: Courtesy of yodiyim at FreeDigitalPhotos.net

The VenoValve is intended to be surgically implanted in the deep venous system of the leg for the treatment of Chronic Venue Insufficiency (CVI).

INVIMA officials have found no issues or questions at this time. The next step for the company is to submit the application for approval from INVIMA’s Medical Device and Other Technologies Committee at its upcoming meeting next month.

CVI is a condition that occurs when the valves in the veins of deep venous system of the leg are injured or destroyed, causing blood to pool in the lower extremities. Severe CVI includes swelling, debilitating pain, and skin ulcerations that become ongoing, open wounds.

Nearly 4.5 million people in the US suffer from severe CVI and the US economic burden of venous ulcers from CVI has been estimated to be as high as $38bn a year. Presently, there are no FDA approved treatments for deep venous CVI.

Hancock Jaffe CEO Robert Berman said: “Marc Glickman, our Senior Vice President and Chief Medical Officer, will travel to Bogota at the beginning of December to begin site initiation, and surgical training for implantation of the VenoValve. Glickman has overseen many successful clinical trials, and will work closely with our Colombian partners to attend to all details leading up to the VenoValve implantations.”

The company stated that patient enrollment will start immediately after the application for the first-in-human trial has been approved by INVIMA.

The company will make arrangements to export VenoValves to the country. VenoValves for the first-in-human trial have been manufactured and inspected, and are ready for shipment.

The dates for the first implantations will be announced after Glickman’s upcoming trip to Colombia and INVIMA approval.

Hancock Jaffe submitted the application for VenoValves with INVIMA in late September this year.

The approval from INVIMA is the last regulatory approval that the company needs in order to start its first-in-human testing in Colombia.

The company expects to receive a response from INVIMA within 60 days.

To facilitate the INVIMA application process and its first-in-human trial in the country, Hancock Jaffe appointed Bioaccess, a US based contact research organization (CRO) that specializing in obtaining regulatory approval and in facilitating clinical trials in Colombia.