GlobalMed Technologies, a leader in international medical device manufacturing and sales, announced a new partnership with DermaConcepts, a top US distributor of innovative aesthetic products and trainings. 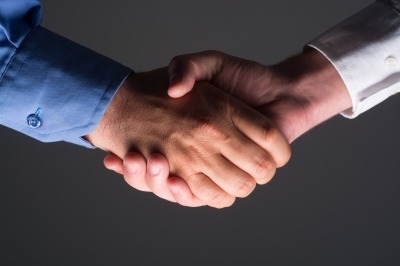 The agreement involves DermaConcepts in the upcoming Q2 2019 launch of GlycoAla, as the official exclusive U.S. distributor.

GlycoAla is activated by red light during a single session or 3 treatments spread over a 12-week period to help reduce the appearance of pore size, fine lines, and wrinkles, and resulting in a brighter and more hydrated-looking skin tone. GlycoAla does not require a recovery period or have side effects typically associated with more aggressive techniques.

Commenting on the agreement, Sanders Ergas, President and CEO at GlobalMed Technologies Company, said, “We are really excited about working with DermaConcepts. Our companies share the same vision of being first to market with advanced and efficacious products for skin care professionals to share with their clientele.

“We are completely convinced, after much due diligence that, as a top U.S. distributor of scientifically developed skin care products, DermaConcepts is the right choice to help us launch GlycoAla to physicians and medical spas in the United States.”

Robert and Carol Trow, CEO and president of DermaConcepts, respectively, added, “GlycoAla represents an extraordinary, state of the art product that offers material, sustainable and measurable results for patients.

“The novel properties of GlycoAla combined with a powerful LED device yields unprecedented, non-invasive results that dramatically improve the appearance of fine lines, wrinkles and pore size in as little as three treatments. We are excited to be able to offer this groundbreaking cosmetic treatment.”

The photoactive ingredient in GlycoAla, when exposed to red light, promotes the effects of naturally occurring Protoporphyrin IX (PPIX) production in the skin. This results in improvements in the appearance of pore size, skin tone, and skin firmness. In addition, hyaluronic acid is combined in the formulation to maintain the benefits of moisture, aiding absorption of the glycospheres and helping to prevent post treatment dryness.