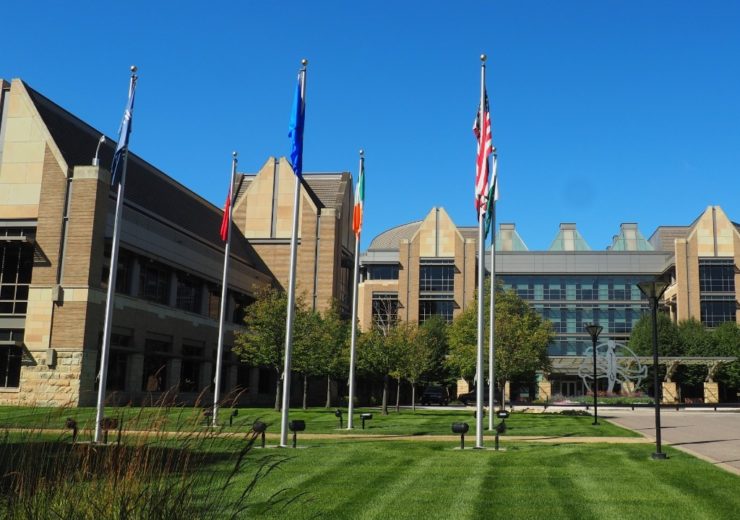 Medtronic plc (NYSE:MDT) today announced four-year data from the IN.PACT Global study, which reinforce the long-term durability and safety of the IN.PACT™ Admiral™ drug-coated balloon (DCB) in patients with peripheral artery disease (PAD) in the superficial femoral (SFA) and popliteal arteries. The data were presented this morning in the late-breaking clinical trial session at the Vascular Interventional Advances (VIVA) 2019 conference in Las Vegas.

Professor Thomas Zeller, M.D., director of the Department of Angiology at Universitaets-Herzzentrum, Freiburg-Bad Krozingen, Germany, presented the new, four-year results from the full clinical cohort of the IN.PACT Global Study. The results are the first four-year, real-world, fully adjudicated DCB data to be presented in a scientific congress. IN.PACT Admiral DCB demonstrated durable effectiveness and a strong safety profile in a real-world population.

“The IN.PACT Global study is the largest independently adjudicated real-world evaluation of any peripheral intervention undertaken and includes patients with the most complex lesions observed in any existing DCB clinical study, many of whom have commonly known risk factors for progressive PAD,” said Prof. Zeller. “Even in this real-world patient population, including those with critical limb ischemia, we continue to see durable treatment effect through four years. These data further demonstrate the clinical benefit of IN.PACT Admiral DCB and its ability to be a first-line therapy for patients with challenging lesions.”

Kaplan-Meier estimates demonstrated a freedom from clinically-driven target lesion revascularization (CD-TLR) rate of 73.4% (n=1,406) in a large, real-world patient population through 4-years. Of the subjects enrolled, the mean lesion length was 12.09 ± 9.54 cm, 18.0% had in-stent restenosis, 35.5% had occluded lesions, 39.9% had diabetes, and 68.7% had calcified lesions. Overall, the average time to first CD-TLRs in this complex patient population was approximately 570 days.

Based on Kaplan-Meier estimate, IN.PACT Admiral demonstrated a solid safety profile through four years with a low major target limb amputation cumulative incidence of 1.1% through four years. The freedom from all-cause death through four years was 83.5%, which is comparable to what would be expected in this patient population.1 This rate is based on data from all subjects enrolled in the IN.PACT Global study, among which 98% had known vital status.

Furthermore, an additional analysis was conducted to evaluate the performance of IN.PACT Admiral through four years in patients with intermittent claudication and critical limb ischemia (CLI) based on Rutherford Classification (RCC). The Kaplan-Meier estimated freedom from CD-TLR was 74.5% (n=1,246) in the intermittent claudication (RCC 2/3) patient cohort and 64.8% (n=156) in the CLI (RCC 4/5) patient cohort respectively.

“The body of evidence on paclitaxel-coated devices continues to mature with recent significant publications and presentations, including the IN.PACT Global four year data, adding to the totality of evidence generated,” said Mark Pacyna, vice president and general manager of the Peripheral Vascular business, which is part of the Cardiac and Vascular Group at Medtronic. “Outcomes from the IN.PACT Global study specifically show that IN.PACT Admiral DCB, which has now been used to treat approximately 500,000 patients worldwide, can prolong the time between reinterventions in a very challenging patient population by over a year and a half. Long-term and real-world data continue to demonstrate both the safety of these devices and the overall treatment benefit to the patient.”

In collaboration with leading clinicians, researchers and scientists worldwide, Medtronic offers the broadest range of innovative medical technology for the interventional and surgical treatment of cardiovascular disease and cardiac arrhythmias. The company strives to offer products and services that deliver clinical and economic value to healthcare consumers and providers around the world.