The study evaluated the sensitivity and specificity of the EyeArt system, compared to dilated eye exams performed by general ophthalmologists and retina specialists in detecting diabetic retinopathy (DR) in 521 participants 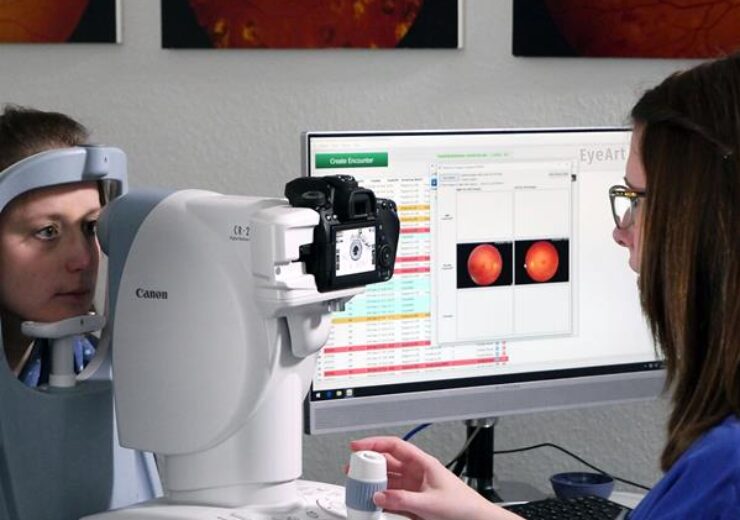 The results are from a study, titled ‘Artificial Intelligence Detection of Diabetic Retinopathy: Subgroup Comparison of the EyeArt System with Ophthalmologists’ Dilated Exams’.

The study evaluated the sensitivity and specificity of the EyeArt system, compared to dilated eye exams performed by general ophthalmologists and retina specialists in detecting diabetic retinopathy (DR) in 521 participants.

The ETDRS reference standard was established by experts at the University of Wisconsin Reading Centre using 10 fundus images per eye captured after dilation.

The publication’s first author Jennifer I Lim said: “As compared to the Reading Centre grading, which was the reference standard, the sensitivity for detection of more than mild DR was significantly greater with the EyeArt AI system than with either a general ophthalmologist or a retina specialist clinical examination.

“The AI system is a significant tool to help us tackle the burden of DR screening and detection of DR in a timely manner.”

In the study results, the EyeArt AI system showed 96.4% sensitivity, a measure of safety, in identifying more than mild DR (mtmDR), while manual dilated exams showed only 27.7%.

Also, the system showed 88.4% specificity, a measure of effectiveness compared to 99.6% specificity for ophthalmologists’ dilated exams.

The study’s specificity outcomes indicate that dilated exams performed by ophthalmologists are better at determining the disease as evidenced by their high specificity.

However, its EyeArt system has superior sensitivity, which is useful for identifying patients with the disease for a screening scenario, said the company.

In addition, the study reported that the EyeArt system generated actionable results for more than 97% of eyes, mostly not requiring dilation.

Meanwhile, the dilated exams performed by Ophthalmologists provided actionable results for 99.9% of eyes but required all patients to be dilated.

Lim and co-authors stated: “Given the current low rate of compliance with the recommendation for an annual diabetic retina examination, this system can be a useful adjunct in the detection of mtmDR and appears to be more accurate than clinical ophthalmoscopy for routine retinal screening.”