Eisai, Empatica to co-promote Embrace2 device for epilepsy in US

Eisai and Empatica have entered into an agreement in the US to co-promote the Embrace2 smartband device, the first FDA-cleared, wrist-worn wearable within the field of epilepsy for detecting patterns that may be associated with convulsive seizures available for use as a medical device for adults and children. 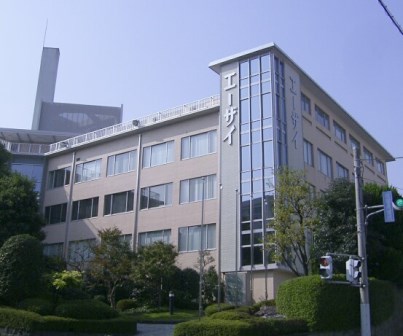 The device is approved for patients ages six to adult.

Embrace2 is an epilepsy smartband that detects patterns in motion and physiological signals that may be associated with generalized tonic-clonic seizures, and immediately alerts caregivers; these signals include acceleration of movement, rotation, electrodermal activity variations and temperature at the surface of the skin.

Seizure detection devices are an important tool for patients living with epilepsy as well as the families and caregivers who care for them. Though there are no devices available that have been proven to prevent sudden, unexpected death in epilepsy (SUDEP), it may be beneficial for patients who experience seizures at night to have a way to potentially alert those around them if a seizure occurs.

“Eisai is committed to providing innovative approaches to epilepsy care that help patients and their families manage their disease and continue to strive toward the ultimate goal of seizure freedom,” said Ivan Cheung, Chairman and CEO of Eisai Inc.

“Part of Eisai’s approach to helping patients and their families is to provide options that may help address the entire spectrum of issues associated with epilepsy and convulsive seizures. Our collaboration with Empatica is another step toward bringing a holistic approach to epilepsy care.”

“We are very proud to be a part of this collaboration with Eisai to promote Embrace2, which provides families living with epilepsy an option to help monitor convulsive seizures at home or in a healthcare setting – even at night,” said Matteo Lai, Co-Founder and CEO of Empatica. “Our product was designed with our patients’ lifestyles and needs in mind to help improve the likelihood that a trusted caregiver will be there during the critical moments after a seizure happens.”

Embrace2 is a prescription only, single-patient, device that is indicated for use as an adjunct to seizure monitoring of adults and children ages 6 and up in home or healthcare facilities during periods of rest. The device is worn on the wrist and senses Electrodermal Activity (EDA) and motion data to detect patterns that may be associated with generalized tonic-clonic seizures in patients with epilepsy or at risk of having epilepsy.

When a seizure event is detected, Embrace sends a command to a paired wireless device that is programmed to initiate an alert to a designated caregiver. The system records and stores data from Accelerometer, EDA, and Temperature sensors for subsequent review by a trained healthcare professional.

Epilepsy is a medical condition that produces seizures affecting a variety of mental and physical functions. Epilepsy is one of the most common neurological disorders, which affects about 3.4 million people in the United States, including 470,000 children.

Children with uncontrolled seizures are at greater risk for sudden unexpected death in epilepsy (SUDEP), which is relatively uncommon in childhood, but the risk increases if epilepsy persists into adulthood.