The new guidance offers advice regarding Covid-19 mutations and resulting variants, and the impact they could have on testing products in the future 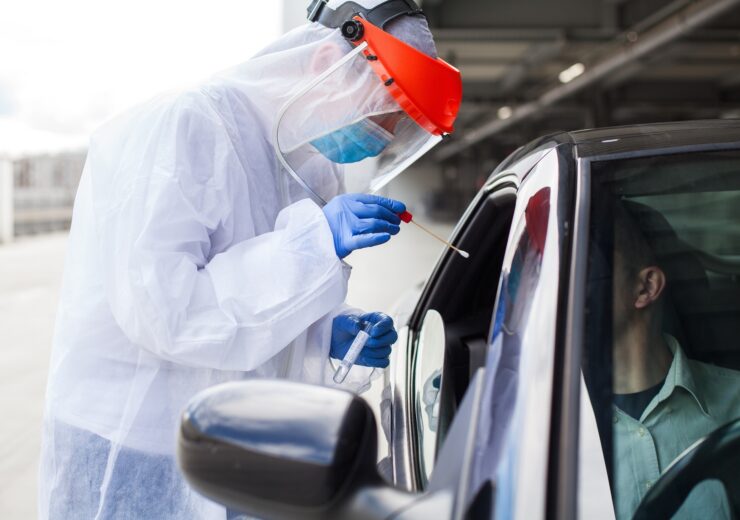 New Covid-19 variants have been confirmed in the UK, South Africa and Brazil over the past few months (Credit: Cryptographer/Shutterstock)

The FDA has issued fresh guidance to medical product developers, addressing the impact of viral mutations and new variants on Covid-19 testing.

The guidance provides information on evaluating the potential impact of emerging and future genetic mutations – which have already led to multiple variants of the original SARS-CoV-2 virus being confirmed – on coronavirus testing kits, including design considerations and ongoing monitoring.

It also outlines some important distinctions between different types of SARS-CoV-2 diagnostics – suggesting that monitoring the impact of genetic variants on antigen tests and serology tests is not as straightforward as it is for RT-PCR tests, and other molecular tests.

Alongside the Policy for Evaluating Impact of Viral Mutations on COVID-19 Tests, the FDA released similar updated guidance for developers of Covid-19 vaccines and therapeutic drugs too.

Dr Janet Woodcock, acting FDA commissioner, said: “The FDA is committed to identifying efficient ways to modify medical products that either are in the pipeline or have been authorised for emergency use to address emerging variants.

“We know the country is eager to return to a new normal and the emergence of the virus variants raises new concerns about the performance of these products.

“By issuing these guidances, we want the American public to know that we are using every tool in our toolbox to fight this pandemic, including pivoting as the virus adapts.

“We need to arm healthcare providers with the best available diagnostics, therapeutics and vaccines to fight this virus. We remain committed to getting these life-saving products to the frontlines.”

The FDA previously issued a safety alert to caution medical product developers that the presence of viral genetic mutations in a patient sample can potentially change the performance of a diagnostic test.

The clinical impact of viral genetic mutations on a test’s performance is thought to be influenced by various factors, including the sequence of the variant, the design of the test – for example, molecular tests versus antigen- or antibody-based ones – and the prevalence of the variant in the patient population.

However, while some SARS-CoV-2 tests are known to be impacted by emerging viral mutations, the regulator says the impact does not appear to be significant at this time.

And, according to a report by Switzerland-based health body FIND (Foundation for Innovative New Diagnostics), the effects of the new coronavirus variants first found in the UK, South Africa and Brazil are either minimal, or are anticipated to be minimal, on both molecular diagnostics and antigen-based tests.

In a statement, the FDA said it will monitor publicly available genomic databases to assess if, or how, new variants affect test performance, and advised diagnostics developers to do the same, as well as considering the potential impact of future viral genetic mutations while in the product development and post-authorisation stages.

The US regulator has stated it will continuously monitor the situation and update its plans as more information becomes available – and also urged Americans to continue getting tested, receiving vaccines, and following important health measures like wearing a mask and adhering to social distancing protocols.