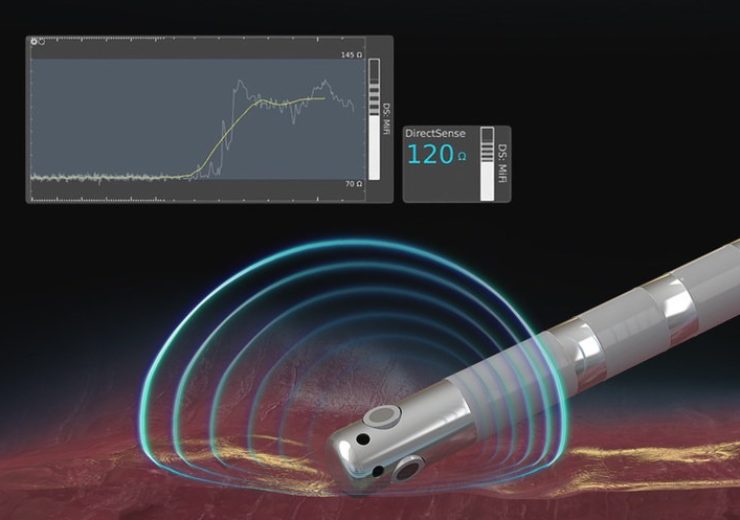 Boston Scientific has launched its DIRECTSENSE Technology, a tool for monitoring the effect of radiofrequency (RF) energy delivery during cardiac ablation procedures in the US.

The new monitoring tool has been approved by the US Food and Drug Administration (FDA) in April 2020, and is available on the RHYTHMIA HDx Mapping System, said the company.

In addition, DIRECTSENSE Technology enables the monitoring of changes in local impedance, and electrical resistance around the tip of the INTELLANAV MiFi Open-Irrigated (OI) ablation catheter, to provide physicians with additional measurement of therapy effect during an ablation.

Boston Scientific rhythm management and global health policy senior vice president and chief medical officer Kenneth Stein said: “Building upon the success seen with the DIRECTSENSE Technology in Europe, we are pleased to introduce this tool to physicians and their patients in the U.S.

DIRECTSENSE Technology provides data on the impedance around the catheter tip

Ablation is a treatment option for patients with cardiac arrhythmias in which physicians use a catheter to create lesions and destroy heart tissue that causes abnormal rhythms.

The DIRECTSENSE Technology is said to provide data on the impedance around the catheter tip to measure the capability of tissue to respond to RF energy before physicians deliver therapy.

The tool is designed to track the change in local impedance during ablation, along with other measures, and provides physicians with an understanding of tissue characteristics and its effect on the tissue. The insights would also indicate temperature change in the tissue, preventing it from over-ablation.

According to the long-term data from the LOCALIZE clinical trial, a retrospective analysis of the DIRECTSENSE Technology showed decrease in local impedance with more than 98% positive predicative value of durable pulmonary vein block in patients with paroxysmal atrial fibrillation (AF).

University of Pennsylvania Perelman School of Medicine professor David J Callans said: “Knowing the change in impedance around the tip of the catheter provides unique information about local tissue characteristics and the development of the lesion.

“Unlike existing products on the market, the DIRECTSENSE Technology assists physicians in evaluating pre-ablation tissue health, while supporting better clinical understanding of how they are influencing that tissue to guide minimal, predictable ablation during a procedure.”