With RANGER DCB and the Eluvia stent, Boston Scientific claims to be the only company to offer both DES and a DCB for the treatment of PAD 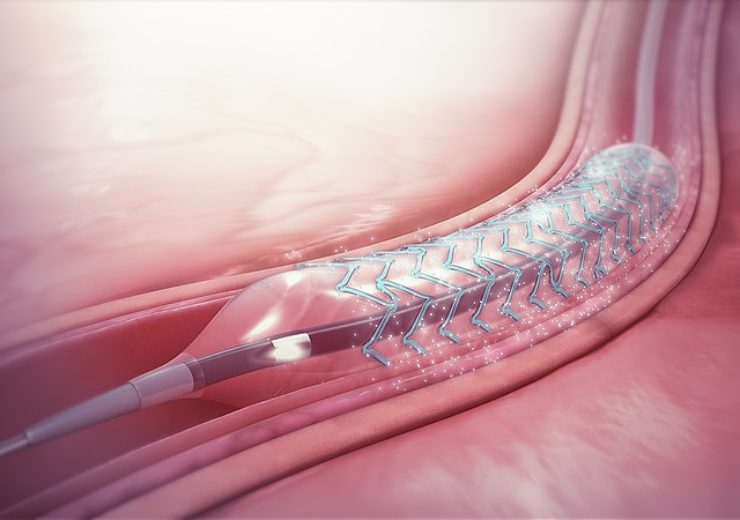 Image: A medical animation still of a stent eluting out the drug in the blood vessel. Photo: Courtesy of https://www.scientificanimations.com/Wikipedia.

The data presented by the company includes analysis from the RANGER II SFA trial of the Ranger DCB along with results from the IMPERIAL trial of the Eluvia DES. The studies showed positive results for DCB or DES in treating the femoropopliteal disease in the US.

Boston Scientific executive vice president and global chief medical officer Ian Meredith said: “We are very pleased with the safety and efficacy demonstrated by the Ranger DCB and the Eluvia stent, both of which showed exceptional durability while preventing repeat TLRs in 66% and 40% of treated patients, respectively.

“The excellent outcomes presented today underscore our commitment to physicians and their patients with PAD. We continue to drive innovation in the drug-eluting vascular space and these results add to the growing body of evidence supporting our therapy options for the treatment of this challenging disease.”

The RANGER II SFA study is designed to evaluate the safety and effectiveness of the Ranger DCB, compared to the standard percutaneous transluminal angioplasty (PTA) for the treatment of peripheral artery disease (PAD) in the superficial femoral artery (SFA) and proximal popliteal artery (PPA).

The IMPERIAL trial is aimed at evaluating the Eluvia stent, compared to the Zilver PTX Drug-Eluting Peripheral Stent for the treatment of symptomatic PAD with approximately 140mm long SFA and PPA lesions.

Boston Scientific said that its Eluvia DES stent is a drug-polymer combination and offers controlled delivery and sustained release of the lowest dose of paclitaxel of any peripheral drug-eluting device.

Following the CE Mark approval of RANGER DCB in 2014, the company had applied for the US Food and Drug Administration approval of the device in early 2019.

Boston Scientific claims that by offering the RANGER DCB together with the Eluvia stent, it becomes the only company to have both DES and a DCB in its portfolio for the treatment of PAD.

University of North Carolina – Rex Hospital heart and vascular services physician-in-chief, and RANGER II SFA trial principal investigator Ravish Sachar said: “These excellent clinical data coupled with the ease of deliverability of the Ranger DCB are reassuring for physicians as we evaluate the most appropriate therapies based on individual patient needs.

“The high primary patency rate as well as the significantly lower TLR rate, which reduces the need for repeat procedures, are very encouraging.”