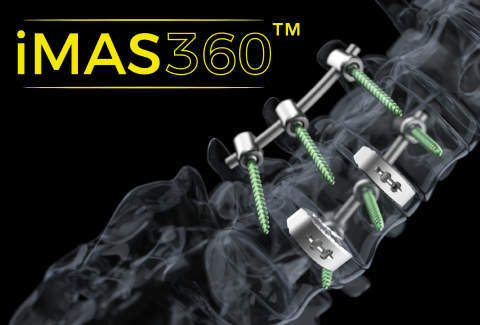 Image: The iMAS 360 is a mini-open and microsurgical 360 fusion procedure for lumbar spine. Photo: courtesy of Business Wire.

The company said that it will launch the iMAS 360 procedure at the North American Spine Society (NASS) meeting in Los Angeles, September 26-28, 2018.

The iMAS 360 procedure incorporates many of the traditional fusion techniques combined with advanced implants and instruments to create a less invasive muscle sparing procedural solution.

The key takeaway of the iMAS 360 is the ability to treat any level of the lumbar spine between L2 and S1 with one small posterior midline skin incision.

Biedermann Motech US spine sales and marketing director Biedermann Motech said: iMAS 360 is a lumbar fusion technique that is tissue sparing, has an optimized surgical field, allows for bilateral direct decompression and restoration of lordosis.

“The MOSS 100 modular pedicle screw system and the TELIX K steerable interbody system have been specifically designed with the iMAS 360 procedure in mind.”