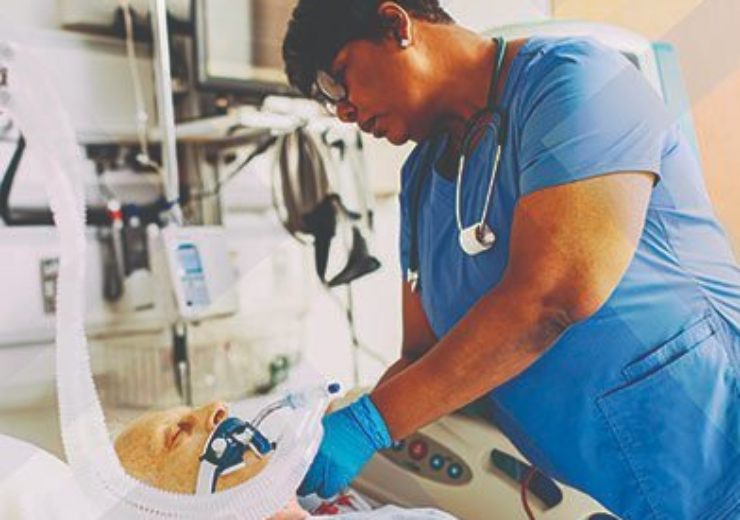 As part of the agreement, Baxter has agreed to pay Spectral a series of milestone payments including a US$5 million upfront rights payment. Baxter will be Spectral’s exclusive distributor of the PMX filter in the U.S. and Canada and has non-exclusive rights to distribute the EAA globally. Spectral will receive access to Baxter’s market capabilities while retaining control over the PMX regulatory approval process. Baxter has the option to maintain exclusive rights for PMX through future milestone payments and maintaining certain performance obligations.

”Spectral believes that Baxter is the best industry partner to commercialize the PMX product within the U.S. and Canada,” said Dr. Paul Walker, CEO of Spectral. “This agreement provides Spectral access to Baxter’s large installed base of critical care devices in hospitals across the U.S. and Canada, and Spectral believes this partnership significantly accelerates the company’s commercialization efforts for PMX.”

Recruiting for Spectral’s Tigris clinical trial for PMX (www.clinicaltrials.gov: NCT03901807) is underway in the U.S., and the trial is expected to be completed in late 2021. Tigris is a follow-on study that builds on knowledge gained from the EUPHRATES trial, a large prospective randomized blinded trial performed in North America and completed in 2018. Tigris is a prospective randomized, open labelled trial of 150 patients with a 2:1 randomization favoring the treatment arm. The end point remains a reduction in the 28-day mortality using the PMX filter versus the standard of care.

The EAA™, which is the only commercially available, FDA cleared test to measure endotoxin activity in whole blood, is a semi-quantitative test for the measurement of endotoxin activity and allows for rapid measurements to obtain results in approximately 30 minutes. While Spectral’s EAA™ is currently cleared by the FDA, Baxter plans to commercialize the EAA™ and PMX filter together following successful completion of the Tigris trial and subsequent FDA approval. Baxter plans to market the diagnostic tool in some countries in Europe, where the EAA is currently CE marked, alongside the company’s Oxiris blood purification set.

Oxiris is a 3-in-1 set for continuous renal replacement therapy (CRRT)-sepsis management to help simplify multiple treatment challenges for critically ill patients. The Oxiris set is designed to combine three functionalities in a single device: endotoxin removal, cytokine removal, and fluid/uremic toxin removal. Oxiris is not approved for use in the United States.

The Impact of Sepsis and the Role of Endotoxin

Globally, a recent study estimated that 48.9 million incident cases of sepsis were recorded in 2017, resulting in 11 million sepsis-related deaths. In the U.S. alone, sepsis has a high cost of hospitalization consuming more than $27 billion per year with an estimated 1.5 to 2 million new cases diagnosed each year. Septic shock, the most severe form of sepsis, is predominantly treated in the ICU.

The use of blood purification filters to remove cytokines and endotoxin from the blood represents a promising approach to treat patients with conditions where excessive levels of those inflammatory mediators are often seen, including sepsis. Additional research is ongoing to understand the potential of blood purification to help address sepsis and other conditions.

PMX is not approved for use in the United States.

Rx Only. For safe and proper use of the devices mentioned, refer to the full Instructions for Use.

Intended Use Information for EAA

The EAA is a rapid in vitro diagnostic test that utilizes a specific monoclonal antibody to measure the endotoxin activity in EDTA whole blood specimens.

The information, when used in conjunction with other clinical information and other relevant diagnostic tests, aids in the risk assessment of patients in the ICU for progression to severe sepsis. Patients tested on their first day of admission to the ICU where the endotoxin activity (EA) value is ≥ 0.60, are three times more likely to develop severe sepsis within the next three days than subjects whose EA values are < 0.40 and should be closely monitored for such occurrence.

Intended Use Information for Oxiris

The Oxiris set is indicated for use only with the Prismaflex control unit or with the PrisMax control unit (in countries where PRISMAX is cleared or registered). It is intended for patients in need of blood purification, including continuous renal replacement therapy, and in conditions where excessive endotoxin and inflammatory mediator levels exist.

This set is intended for use in the following veno-venous therapies: SCUF; CVVH; CVVHD; CVVHDF.

All treatments administered with the Oxiris set must be prescribed by a physician. It is contra-indicated to use the Oxiris set where patients present a known allergy to heparin or have type II thrombocytopenia caused by heparin (HIT Syndrome type II).