The Swiss fertility startup Ava, put its fertility tracker under study to test its potential to detect a woman's most fertile days using five key biomarkers 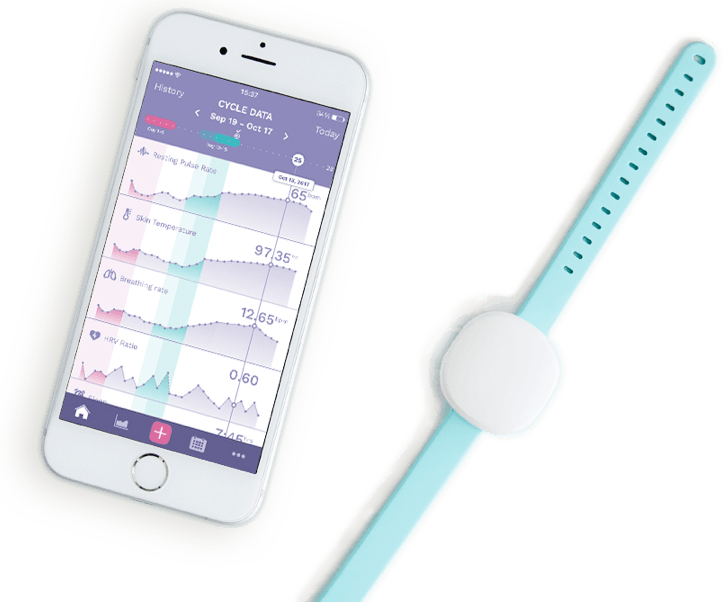 Swiss start-up Ava has revealed how its wearable fertility tracker can offer women a more precise and non-invasive way to predict fertile days during their menstrual cycle with 90% accuracy.

The year-long clinical study that involved more than 1,000 menstrual cycles are being presented in the health publication, Journal of Internet Medical Research today titled, ‘Wearable Sensors Reveal Menses-driven Changes in Physiology and Enable Prediction of the Fertile Window: Observational Study.’

Professor Dr Brigitte Leeners, the principal investigator of the study that was conducted at the University Hospital of Zurich, said: “For the first time, we are able to demonstrate that tracking several physiological parameters – not just temperature – is important for fertility tracking.

“Ava helps women learn about their fertility and enables individualised, real-time fertility detection that is easy to use.”

The Ava fertility tracker is for women who want to monitor their health, who are trying to conceive or getting to know their bodies by measuring five clinically proven signs of fertility during sleep.

Combining AI and clinical research, Ava claims to be “the only product available that collects data on changes in multiple signals across the menstrual cycle,” analyse them with a deep machine learning algorithm and inform users daily if they are fertile.

Dr Maureen Cronin, chief medical officer at Ava said: “The publication shows that the impact of the menstrual cycle on a woman’s body is much more complex than what had previously been assumed.

“As each woman has an individual reaction to the influence of hormones, the capacity of combining five different physiological parameters improves the detection of the fertile phase.

“The use of AI in Ava’s algorithms allows to combine this large amount of data and is bridging the gap between the average behaviour of the physiological signals and the unique signal patterns for each woman.”

A closer look at Ava’s study

Authors of the study recruited more than 200 Swiss women between the ages of 18 and 40 year, who had regular menstrual cycles and were trying to conceive to participate in the study, but only used data from 193 women in the final analysis.

During the research, participants were instructed to wear the Ava bracelet during sleep and sync it to their smartphone app, which recorded and monitored their daily activity.

Women also took urinary luteinising hormone tests during their cycle to determine their “fertility window,” for up to a year, or until they became pregnant.

Femtech is one of the fastest growing trends in the medical industry today – from apps monitoring period cycles to breast-milk pumps to help after childbirth – the female health industry is forecast to be worth $50bn (£40bn) by 2025, according to market analyst Frost & Sullivan.

However, Ava identified the vast majority of femtech devices being sold, particularly the fertility wearables and devices only measure one parameter – temperature – and hence struggle to deliver meaningful results.

The key finding from Ava’s study is to accurately use five biomarkers, including skin temperature and heart rate to help predict women’s fertility windows and track fertility.

Dr Cronin said: “Future studies to expand on this knowledge are already under way; the University Hospital of Zurich is conducting a new large cohort study with several sub-studies that will address topics such as irregular cycles and pregnancy complications.

“We are also working with several thought leaders to conduct studies in assisted reproduction and gestational hypertensive populations.”