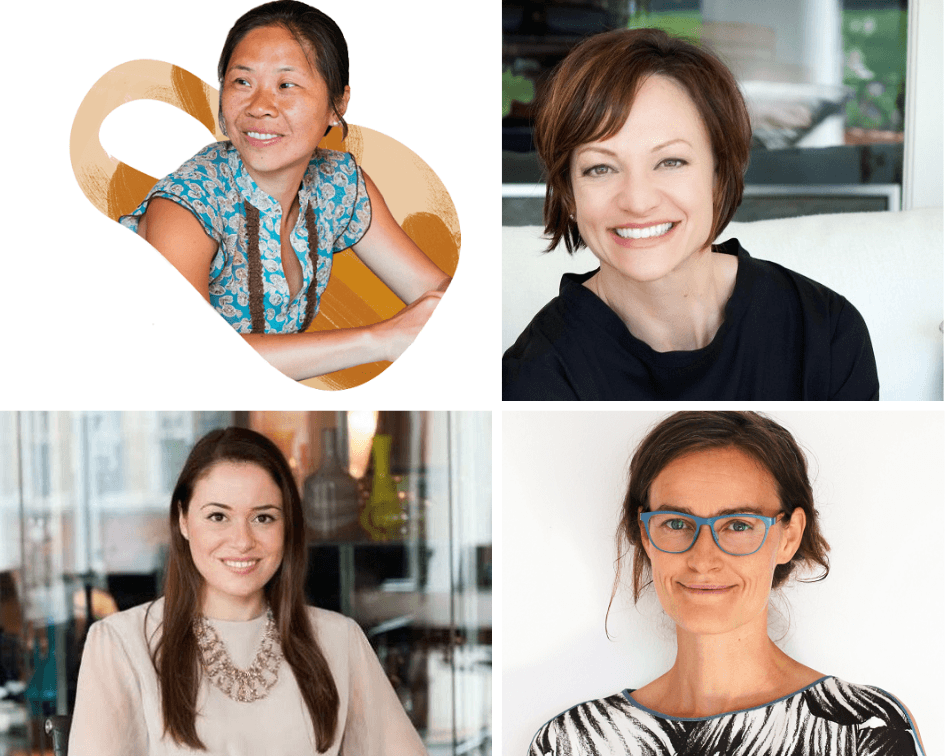 A rise of femtech entrepreneurs and CEOs is creating an impact across the world with a range of innovations transforming lives and empowering women with their personal stories.

From femtechs launching smarter products to stabilise body temperature and predict the peak times of fertility for women to using machine learning for the development of digital diagnosis of chronic illnesses, women are taking charge to diversify the health tech industry.

On March 8th, people will be celebrating International Women’s Day and the achievements of women in all sectors and life stages.

In honour of the occasion, CEO of Genneve Jill Angelo told Compelo: “I’m thrilled to see the rise of women entrepreneurs bringing femtech solutions to market.

“For too long, healthcare has deprioritised women’s reproductive health and the number of women in clinical studies, making women’s health a taboo instead of an empowering force for equality.”

Here we pick out some of the top female healthtech CEOs who are dedicated to helping women embrace their health challenges and improving the quality of lives with their devices.

CEO and co-founder of Adia Health Lina Chan is a nurturer and mother of two, who grew up in Brazil and graduated with a Master’s in Finance from the University of Pennsylvania.

Ms Chan’s personal experiences with troubled pregnancies involving miscarriage and still birth were her driving force in establishing the fertility health company in 2017.

Based in UK, the women’s start-up provides a whole body health check to begin a personalised fertility, nutritional and emotional health plan that can be easily navigated by its users.

CEO and co-founder of Bold Health Elena Mustatea holds a degree in Economics from Dartmouth College in the US, and studied abroad in Germany, France and Italy.

Ms Mustatea formerly worked at Zinc, building new tech companies that solve the developed world’s toughest social issues and was listed as one of the Forbes Europe 30 Under 30 in the Finance category in 2018.

Since 2018, the Bold Health company has been developing digital healthtech products, using the latest discoveries in neuroscience, behavioural science, nutrition and machine learning.

CEO and founder of the Moment Health app Nuala Murphy is passionate about technology in the health sector and also works as a regional leader and founder of Lean In Ireland – an organisation dedicated to supporting gender equality through events and training sessions.

Based in Belfast, the Moment Health app was developed with the help of clinicians and medical professionals.

After just one week of launching in 2017, the app ranked first for Health & Fitness downloads in the UK.

The app is focused on providing early intervention with relevant maternal mental health resources and services for new and expectant parents suffering from antenatal and post-natal depression and associated anxieties.

CEO and co-founder of Clue Ida Tin is an author of a Danish best-selling book “Direktøs,” which documents her exploits while leading motorcycle tours around the world.

Based in Berlin, she founded Clue in 2013, which became one of the first menstrual tracking apps to be invented with more than 2.5 million current users from 180 different countries.

The digital app functions as an encyclopaedia for women’s health to help them understand their bodies better with an additional feature accurately calculating when they are the most or least likely to get pregnant.

CEO and co-founder of Genneve Jill Angelo is an AI enthusiast eliminating the stigma attached to women experiencing health changes during menopause.

The former Microsoft executive is passionate about advocating for women empowerment and therefore established the health company in 2015, built for women heading into midlife and menopause.

Based in Seattle, the tech business claims to be the first online clinic offering a range of personal care products for women to cope with hormonal changes – specifically for the relief of vaginal dryness – an issue affecting more than two billion women.

CEO at Embr, Elizabeth Gazda has always been active in the tech industry after receiving a Master’s in International Relations in the Netherlands.

Ms Gazda found the device to be useful for females due to their varying body temperatures, especially between the ages of 40 and 65 who experience hot flashes.

The bracelet can be paired with the mobile app to control temperature with more precision and switch the cooling and warming waves five degrees cooler or five degrees warmer in real-time.

CEO and founder of Moody Month Amy Thomson is providing practical actions for women to understand and balance their moods.

The online brand was founded in 2017, after Ms Thomson experienced a whole year of menstrual absence due to problems with her adrenal glands and cortisol levels – stress related issues that she eventually found out after speaking to a hormone specialist once she had spent all her money on pregnancy tests.

Not wanting anyone else experiencing the same confusion, she worked with dietitians, gynaecologists and nutritionists to create the digital platform encouraging women to embrace their mood swings that comes with their monthly cycles and hormones as well as recommending vitamins and supplements.

CEO and co-founder of Kasha Joanna Bichsel grew up in Canada and graduated with a degree in Computer Science from Queen’s University.

After providing technology advice and strategies across East and West Africa and South Asia, the former principal technology advisor for global development at the Bill & Melinda Gates Foundation founded Kasha in 2016.

Based in Kenya, the company is an e-commerce platform revolutionising the way East African women purchase their health and personal care products such as emergency contraceptives and menstrual care.

The female health advocate previously worked in the UN and is involved in charities across Africa and Asia, campaigning for everything from increased dialogue with regards to intimate issues to HIV prevention.

CEO of Kindara Alene Campbell holds a Master’s from the University of California and works towards women taking ownership of their reproductive health by educating them about fertility.

Based in Colorado, the free fertility app was launched in 2011 with more than 1.4 million users to better understand their fertility.

In 2016, the company claims to have begun shipping Wink – the first oral fertility thermometer built to sync with the app.

Wink is the only Bluetooth-connected Basal Body Temperature thermometer on the market that connects with an app, and allows users to take better ownership of their reproductive health and achieve their fertility goal.