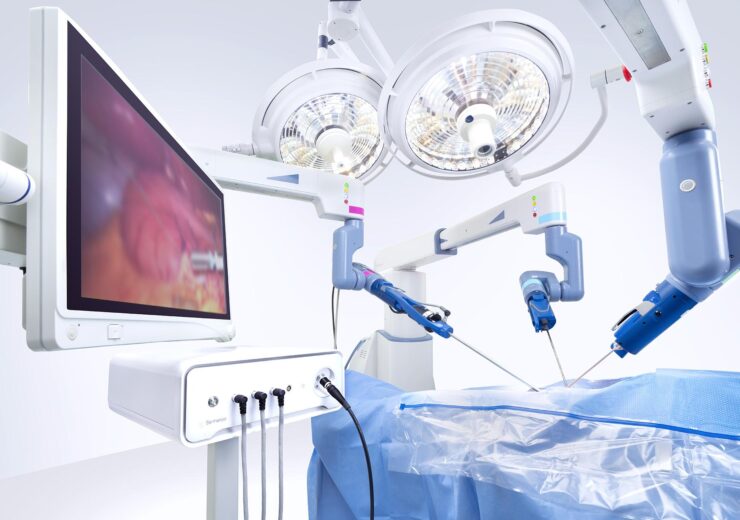 The Senhance Surgical System is powered by the ISU. (Credit: Asensus Surgical US, Inc.)

With the regulatory approval, the company is now offering the Senhance system with expanded ISU capabilities, across the European Union (EU), Japan, and the US.

The CE mark also includes a review of the Senhance Surgical System platform.

Senhance is one of the first robotic surgical systems to be approved under the new EU Medical Device Regulation (MDR) process, said the medical device firm.

Asensus Surgical president and CEO Anthony Fernando said: “Surgeon feedback from the expanded feature set across the US and Japan has been tremendous, and we look forward to partnering with new and existing customers to help bring advanced real-time intraoperative digital tools into operating rooms throughout Europe.

“This is a significant milestone for the company as our filing included a review of the Senhance Surgical System, both software and hardware, under the new, stricter EU MDR process.

“The fact that Senhance was one of the first robotic platforms to be cleared through the new process, in just under one year, is a testament to both the quality of our team and our technology.”

Asensus Surgical is a medical device company focused on digitising the interface between the surgeon and the patient to improve performance-guided surgery.

The company said that the CE mark of the system with expanded augmented intelligence features will help surgeons across a range of specialities and procedures.

The regulatory approval supports its aim of delivering performance-guided surgery.

Also, the new features will help introduce novel augmented intelligence features in the future, based on the extensive capabilities and potential of the ISU.

Dietmar Stephan from St. Marien-Hospital Siegen said: “I have used the first generation of the ISU with the Senhance Surgical System which seamlessly supports human-machine interaction and endoscopic camera control. This second generation of ISU features will bring surgeon support to a new level.

“The real-time measurement tools have broad applicability in surgery, and digital tagging will support communication between the console and tableside indicating critical structures, e.g. clipping points or staple lines.

“With these new ISU features, I expect that the Senhance Surgical System will be a technology leader in the field of augmented intelligence in surgical robotics.”