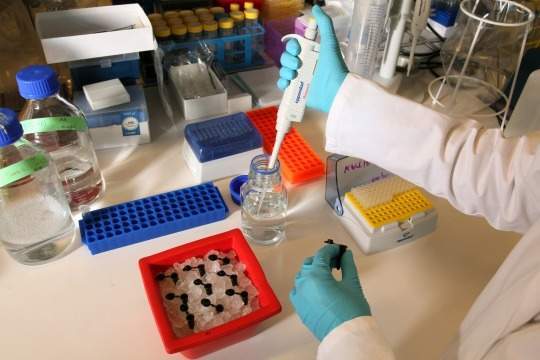 These results were presented at the 11th Clinical Trials on Alzheimer’s disease Conference (CTAD) that occurred between 24 and 27 October in Barcelona, Spain.

Intracellular tau deposition is a key pathologic feature of Alzheimer’s disease (AD) and other neurodegenerative disorders. The results of the Test-Retest study for 18F-PI-2620 in AD and non-demented controls (NDC) demonstrated favorable kinetics, high target specificity with low off-target binding and high signal in regions of expected tau pathology.

AC Immune CEO Andrea Pfeifer said: “Developing diagnostics to identify patients at early disease stages is considered as one of the most pressing needs in the treatment of Alzheimer’s and other neurodegenerative diseases. These encouraging results advance our ability to image tau deposition in the brain, which will enable early and reliable diagnosis of Alzheimer’s disease, and guide clinical trials for disease modifying therapeutics.”

LMI continues to expand its global supply network of 18F-labeled tau PET imaging agent 18F-PI-2620 including several sites in the US, as announced by LMI and its US manufacturing partner SOFIE Inc. earlier this year. Both companies have leveraged their joint resources for broader clinical trial supply availability in the US.

A brain positron emission tomography (PET) scan is a non-invasive imaging test of the brain involving an imaging device and an imaging agent called a PET tracer. No tau-PET tracers have received regulatory approval for commercial distribution, which represents a huge medical need, not only in Alzheimer’s disease but also in other potential tauopathies. Once the tau-PET tracer is introduced to the body, it travels to the brain and binds to abnormal tau protein structures (tau tangles), one of the pathological hallmarks of AD. The imaging device detects the bound tau imaging agent and creates pictures reflecting the amount and distribution of pathological tau in the brain.

About the licensing agreement

AC Immune SA and Life Molecular Imaging (LMI) (formerly Piramal Imaging) announced in 2014 that they entered into an exclusive worldwide license agreement for the research, development and commercialization of AC Immune’s tau protein positron emission tomography (PET) tracers supporting the diagnosis and clinical management of Alzheimer’s disease (AD) and potential Tau-related disorders. Under the terms of the agreement, AC Immune received an undisclosed upfront payment and is eligible for significant milestone payments on products achieving development goals in AD and other tauopathies.

Additionally, AC Immune is entitled to receive tiered royalties on net sales of products resulting from the partnership. AC Immune works in collaboration with LMI to efficiently advance several lead candidates through late pre-clinical radio-pharmacology development. LMI have global rights for clinical development, manufacturing and commercialization of a tau-PET Tracer resulting from the collaboration.