A novel single-use, bioactive sternal plating system for use after open heart surgery 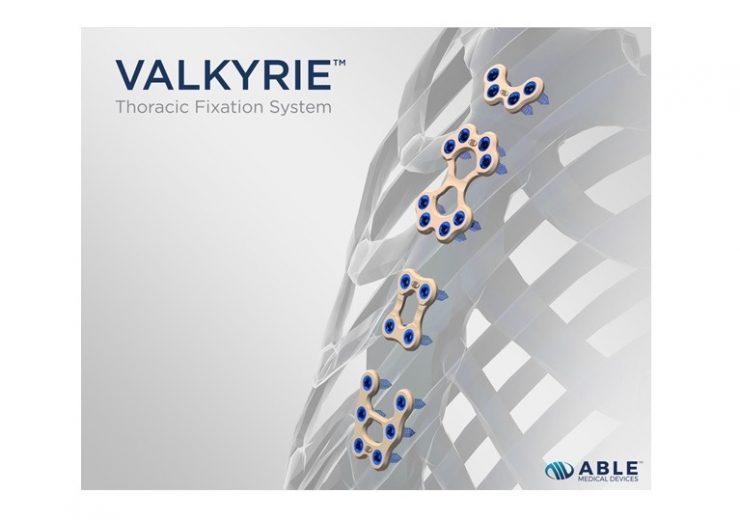 The system’s unique material properties allow the implant to be contoured in-situ which saves time and improves efficiency in the operating room by reducing procedural steps.

“The Valkyrie system conforms directly to a patient’s anatomy making it a custom fit with minimal manipulation,” said Dr. Vitaly Piluiko, chief of cardiothoracic surgery for Mountain View Regional Medical Center in Las Cruces, NM. “The entire procedure was easier and faster while the plates themselves added the benefit of radiolucency and the screws inserted without fear of cross threading.”

The Valkyrie system enhances the company’s groundbreaking material science platform by simplifying the procedure and providing a hydroxyapatite nano-thin surface treatment to its screws. This novel application improves pullout strength and has been shown to increase bone density by 123% compared to traditional screws.

“The screw is the first of its kind to offer this level of advanced bony integration, and the system has been overwhelmingly accepted at all our initial Centers of Excellence,” said Peter Didyk, managing director of Able. “The momentum and excitement from the field has been overwhelming, and we look forward to helping as many patients as possible.”

Valkyrie is intended for use in the stabilization and fixation of fractures of the chest wall, including sternal fixation following sternotomy, as well as sternal reconstructive surgical procedures for patients with normal and/or poor bone.