The Covid-19 vaccine from Pfizer may signal hope for an end to the pandemic, but the company's rich history invovles major failures as well as successes 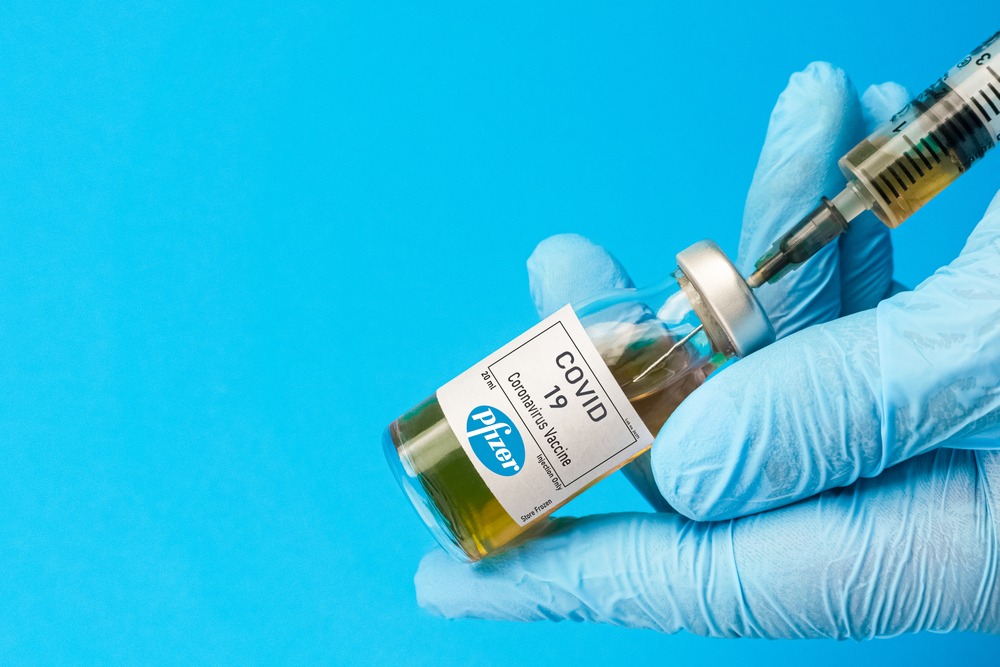 The vaccine from Pfizer and BioNTech has been approved for use by the UK regulator (Credit: Shutterstock/Seda Servet)

Pfizer could be about to enshrine its name in history as one of a few companies to offer hope for an end of what is one of the bleakest moments in recent modern history.

The company and its collaborator BioNTech have received approval from the UK Medicines and Healthcare products Regulatory Agency (MHRA), and will be deployed in the country from next week.

But prior to the vaccine’s development cycle, which inevitably became prominent news internationally, the average layman may have gone a lifetime with no knowledge of what Pfizer is, how it has contributed on the healthcare stage, or that it once dabbled in the world of medical devices – and made some catastrophic errors.

Here, we take a look at how the company got started as well as some of the notable achievements and controversies to which it has been central.

The history of Pfizer begins in the 19th Century, when German-born Charles (originally Karl) Pfizer emigrated to America in 1948 alongside his cousin Charles Erhart.

The two made the voyage with ambitions to combine the chemical preparation and compounding expertise of Pfizer with the confectionary skills of Erhart to create the chemicals business Charles Pfizer and Company.

Initial achievements included the production of Santonin, which stunned or outright killed internal parasites, and the mass production of citric acid, which the company quickly found a market for among soft drink giants Coca Cola and Dr Pepper, both of whom used it extensively in products.

After the death of Charles Pfizer, the company passed into the hands of his youngest son Emile, who served as president until 1941.

Emile was the last relation of the founders to run the business, and since then it passed through many hands until, like most multinational giants, its ownership was split between a patchwork of investors and stakeholders.

Today, Pfizer is the 49th-largest publicly traded company in the world, with a market capitalisation of about $210bn.

It wasn’t long after Emile Pfizer took control of the company that the first world war kicked off and caused a shortage of calcium citrate, a substance extracted from unripe citrus fruit it imported mostly from Italy – and a key ingredient needed to make citric acid.

The need to find an alternative way to develop its popular product led Pfizer to hire food chemist James Currie, who had discovered that fermenting the common fungus Aspergillis niger with sugar created citric acid.

After several years of experimentation, Pfizer’s scientists managed to scale up the production of citric acid using deep-tank fermentation – a process that allows for high-volume, continuous fermenting.

While this effort was applied in the name of maintaining its position as the key supplier of citric acid, it actually led to even more growth for the company, as the new production cycle meant much greater supply than the previous one.

The crowning achievement of Pfizer’s work in deep-tank fermentation, though, was that once the second world war came around and demand grew enormously for Alexander Fleming’s wonder drug penicillin – developed using a similar fungus-based fermentation process – the company had the tools needed to manufacture the antibiotic at a rate great enough that allied soldiers carried a vial with them when they stormed the beaches at Normandy.

Since then, Pfizer has attached itself to several drugs with household names – although sometimes through mergers with their original manufacturers – including the statin Lipitor, the anti-inflammatory Feldene, and the anxiety treatment Xanax.

Perhaps the most famous of its creations however, was the little blue pill synonymous with treatment for erectile dysfunction, Viagra.

Alongside its numerous successes, Pfizer has had a fair amount of very public failures and been party to several controversies.

It’s not abnormal for pharmaceutical companies to have a history of settled lawsuits, and while that doesn’t always indicate that their drugs were at fault, Pfizer lost a high-profile case in court over one experimental trial on the African continent.

The company was sued by the Nigerian government for conducting an experimental trial on 100 children with its antibiotic Trovan in 1996 at the height of a meningitis outbreak.

Pfizer insisted that the 11 deaths and multiple children suffering brain damage, paralysis or slurred speech were a result of meningitis, not their drug – but in the end  it settled in court for $75m.

In an earlier example of controversy, Pfizer bought a company that produced artificial heart valves in 1979.

One model of the Bjork–Shiley heart valve manufactured by Shiley Laboratories and then by parent firm Pfizer after the acquisition caused the deaths of 500 people when defective valves failed, leading to a lawsuit in 1994 in which the United States ruled against Pfizer for $200m.

The Bjork-Shiley valve wasn’t the only foray into medical devices for Pfizer though, as it acquired Hospira – a prominent manufacturer of infusion pumps – in 2015 for around $17bn.

The venture was short lived, however, and Pfizer either sold off or retained parts of the biosimilars and injectables business, it sold its stake in the medical devices wing to ICU Medical in 2016 for $1bn.

While this particular aspect of Pfizer’s history isn’t controversial, the subject of its acquisitions has come under scrutiny for due to a long-standing effort to lobby the US government on tax reform to reduce its expenditures.

The company has made several attempts to re-domicile itself through M&A activity to reduce its tax burden, one of which involved acquiring UK-based competitor AstraZeneca, which would have created the biggest Big Pharma company in the world.

In 2014, after a drawn-out process of bids, as well as input from parliament, AstraZeneca ruled out the deal under the grounds that it appeared to be less strategic and more geared towards corporate tax benefits.