Sleep apnea: Five devices to help patients not breathing in their sleep

New smart breathing technologies are coming on to the market with features including physical interventions and personal reports for sleep apnea patients. 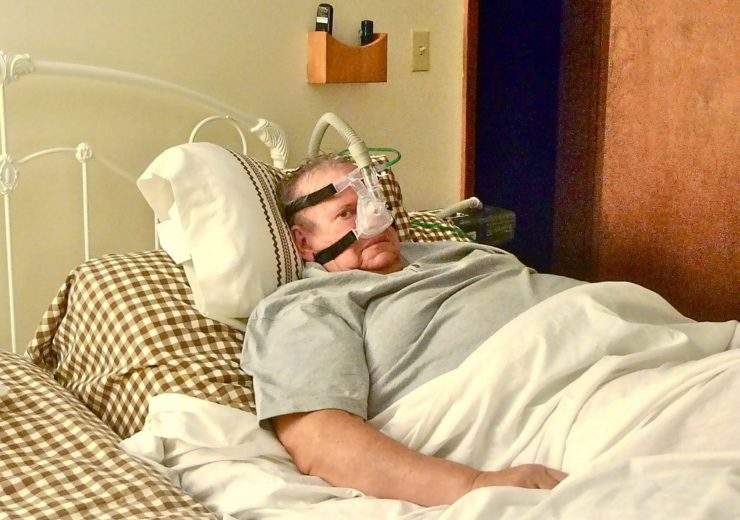 From colour-changing light bulbs that sync with our internal clocks to devices that read brain waves, there’s plenty of sleeping gadgets around – and a new raft of technology is helping people who are not breathing properly in their sleep.

Devices are now able to help in diagnosing and preventing abnormal habits that cause sleepless nights as part of a growing trend towards recording, understanding and improving sleep.

One of the biggest problems that has been identified by medtech developers is sleep apnea – a sleep disorder that becomes more common with aging and overweight people.

What are the existing solutions for people not breathing in sleep?

One of the first tech solutions was a breathing medical device called the continuous positive air pressure (CPAP) machine, which is commonly recommended for sleep apnea treatment.

The device consists of a mask or nose piece attached to a hose and hooked up to a machine to deliver steady air pressure.

However, many patients find this common form of treatment too difficult to tolerate due to feelings of claustrophobia, pressure sores, and a general annoyance at having to wear a mask every night.

Therefore, AI and oral appliances are emerging as an alternative to CPAP for the treatment of various levels of obstructive sleep apnea – offering advanced features such as physical interventions to develop better sleeping habits tackling sleep apnea.

What is sleep apnea? Condition for people not breathing in sleep

Sleep apnea is a dangerous sleep disorder of people not breathing in their sleep, and causes their breaths to become shallow or completely stop once unconscious.

This happens when the upper airway becomes repeatedly blocked – an issue called apnea – preventing the brain and lungs from getting enough oxygen, resulting in heavy snoring or even choking.

To doctors, this is known as obstructive sleep apnea, and is either caused by a person’s physical structure or certain medical conditions.

The NHS defines the condition as a “relatively common condition, where the walls of the throat relax and narrow during sleep, interrupting normal breathing”.

Left undiagnosed or untreated, the frequent sleep disturbances caused by sleep apnea can lead to reduced quality of life and numerous fatal risks, such as heart attacks, glaucoma, diabetes, cancer, and cognitive and behavioural disorders.

It can also cause chronic daytime sleepiness, which can be responsible for poor performance in everyday duties, such as work, school and driving.

In the UK alone, it’s estimated there are 1.5 million people with obstructive sleep apnea, yet only 330,000 are reported to be receiving the treatment required.

It means sleep apnea is becoming an area of great interest for many medtech companies, with research from the British Lung Foundation showing that investment in the diagnosis and treatment of the condition could save the NHS £28m and prevent about 40,000 road traffic accidents every year.

Here, we profile some of the most innovative sleep apnea devices.

Devices that help people not breathing in their sleep

Connected to a smartphone app, the $125 (£96) device monitors the wearer’s sleeping position and listens out for snoring.

In response to the snores, the eye and nose mask emits a gentle vibration – not firm enough to completely wake them, but just enough to stir them to change position.

This device consists of Expiratory positive airway pressure (EPAP) technology that increases the pressure of the wearer’s breathing by opening up their airways to help restrict them from snoring.

It is the snorer’s own breath that is used to redirect it to open the airways and enable air to be released quietly.

The wearable is designed to help reduce snoring by strapping the soft band below the chest.

The attached “discreet sensor” monitors the wearer and ensures they remain on their side – the ideal position to prevent snoring.

If it senses the wearer is moving on to their back, the device vibrates – encouraging the wearer to move back on to their side, without waking them back to full consciousness.

Philips describes its latest product as “natural, non-invasive and comfortable” to improve the sleep of the wearer – by adjusting their sleep habits over time from continuous use.

Billed as the world’s smallest sleep detection ring, the GO2SLEEP digital smart ring helps understand sleep disorders, such as sleep apnea and insomnia, by classifying their severity and then offering a recommendation of the best treatment options.

The gadget works by monitoring blood flow through the artery capillaries within the finger, and records data including sleep stages, heart rate and body movements.

The $117 (£90) smart sleeping device records the severity of sleep apnea by measuring how many times the wearer’s breathing is affected over the course of an hour.

Based on the collected data over each night, an artificial intelligence algorithm interprets the data and compiles the user with comprehensive daily sleep reports that include bars and charts, as well as personalised sleep coaching via a free SleepOn app or e-mail.

The GO2SLEEP tracker also vibrates if it detects the body change to a position that worsens apnea, softly alerting the user to turn over.

Hypoglossal nerve stimulation (HGNS) is a treatment that uses a small stimulatory device, which is surgically implanted in the chest; a popular alternative to the Cpap machine

It reduces the occurrence of obstructive sleep apnea by electrically stimulating the hypoglossal nerve from the chest to the tongue.

This stimulant activates the muscles of the tongue to move forward – away from the back of the airway, keeping the upper airway open throughout the night sleep, and thus improving sleep.

The stimulation is painless and can be turned on and off by the patient. The stimulator is battery-powered and the system is controlled by a patch – either wearable or remote.

Along with the CPAP machine, hypoglossal nerve stimulation is one of the first treatments recommended by doctors and is routinely offered by healthcare providers.

The O2Vent Optima is an oral device made by Australian medtech firm Oventus, which claims it can assist patients with sleep apnea.

It is specifically made for people who are used to breathing through their mouth due to nasal obstructions.

The nylon device is a customised 3D-printed oral appliance, which helps advance the jaw forward to open.

This movement allows air to flow to the back of the mouth, prevent the airway from collapsing and manage mouth breathing, while maintaining a stable jaw position.

The O2Vent Optima incorporates Oventus’ proprietary airway technology – an airway channel that is incorporated into each O2Vent device to enable air to flow through it to the back of the throat and bypass common sites of obstruction, such as the nose, tongue and soft palate.