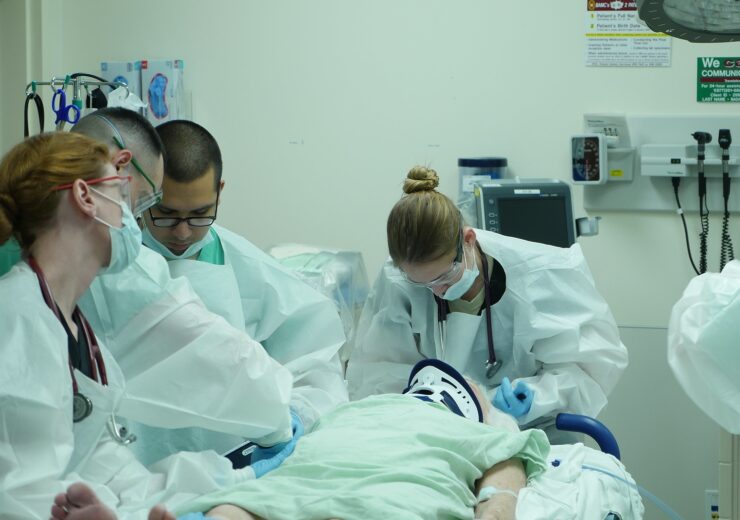 From diagnostic procedures to minimally-invasive surgeries, miniature cameras have a multitude of uses in the medical sector. ScoutCam currently makes the world’s smallest single-use camera — a device that has been deployed across several industries during the Israeli company’s 20-year history. Jamie Bell speaks to ScoutCam CEO Yaron Silberman to find out more.

The debate over disposable, single-use medical devices versus reusable equipment is by no means a new one, with the pros and cons of both compared for decades.

The major selling point of reusable devices is that they last longer, and can be considered more environmentally friendly because they produce less biomedical waste.

Disposable devices, on the other hand, are looked upon as safer — because they don’t carry the risk of infection through use on multiple patients — and increasingly cheap to make and purchase.

In recent years, the problem of cross-contamination has become more of a priority for healthcare providers — particularly when it comes to endoscopes, laparoscopes, and other surgical instruments that are inserted into the body.

As recently as August 2019, the US Food and Drug Administration (FDA) recommended manufacturers transition from reusable duodenoscopes, which are used to diagnose and treat problems in the pancreas and bile ducts, to models with disposable components, in an effort to prevent the risk of infection among patients.

While this shift may have proved challenging for some companies, Israeli firm ScoutCam found itself ahead of the curve when the FDA made this announcement.

The company has close to 20 years’ experience in making single-use, disposable cameras with applications in several areas — with medical devices one of the most notable.

ScoutCam CEO Yaron Silberman says the firm’s mission is “to enable direct visualisation in difficult-to-reach places” and, in doing so, allow organisations to improve the products they make, and improve the procedures these products are used in.

“We have 20 years of experience in doing this,” says Silberman. “And we’re always working on seemingly impossible missions.

“Our CTO keeps saying: ‘Nobody comes to us with easy problems — because if they were easy these companies would solve them themselves’.

“They come to us with the most problematic situations — either mechanically, electronically, or environmentally — and we have the reassurance that we have been doing this successfully for 20 years.

“We’re not saying that other engineers can’t do it too, but we can save time in doing so, and save costs as a result, because we have crossed some bridges that others still haven’t.”

ScoutCam was originally spun out of an Israeli medical device company called Medigus, which specialises in minimally-invasive endoscopic tools.

In 2010, Medigus had launched what was, at the time, the smallest video camera in the world with a diameter of 1.2mm.

The product — which Silberman describes as “truly revolutionary”— was given the brand name ‘ScoutCam’.

When Medigus decided to rethink its overall focus in light of decreasing share prices, the same title was given to the spin-off company it entrusted with taking the miniature camera device forward.

ScoutCam was officially launched on 1 March 2019, with many of Medigus’ team — including Silberman, who joined in 2011 — also moving across to the newly-formed company.

Today, ScoutCam undertakes projects with companies working in many subsectors. The most notable of these to date was NASA, which used one of its miniature HD cameras during a robotic refuelling mission in 2018.

The Israeli firm does, however, often find its products being used in medical devices — partly because many of the staff members who transferred from Medigus have a background in the broader healthcare industry, but also because there are many real-world advantages to making precise endoscopic tools as small as possible.

What does ScoutCam do?

Its flagship product, the CMOS (complementary metal-oxide-semiconductor) micro ScoutCam 1.2 is, to the best of the company’s knowledge, the smallest device of its kind in the world — with an outer diameter of about 1mm.

The camera also boasts a minimum focus distance of about 2mm, allowing it to produce “superior image quality”, and its durability has been tested under severe environmental conditions including extreme temperatures, vibrations, and radiation.

The vast majority of ScoutCam’s work in the medical device field can be divided into two main categories: minimally-invasive surgeries, and diagnostic endoscopy.

One of the most common types of surgery the company’s cameras are used in is orthopaedics — which includes everything from bone grafts and soft tissue repairs, to joint replacements and fixing broken bones.

Many of these procedures have now moved away from open surgeries, and are instead performed using minimally-invasive laparoscopy, whereby small incisions are made in the abdomen, or endoscopy, in which a catheter is inserted into the patient’s body.

In diagnostics meanwhile, Silberman says ScoutCam’s camera is most commonly used in gastrointestinal-related procedures — which involve investigating the stomach and intestines — but has also seen applications in areas such as cardiology and urology.

As well as these traditional uses of its miniature cameras, the company has recently started to work with medical device manufacturers to investigate organs that were previously not considered relevant to endoscopy.

ScoutCam’s endeavours in this space have seen its technologies used in “very sensitive” areas like the eyeball or the inner ear.

As Silberman says, this process of ‘microendoscopy’ is only possible because the cameras involved have a similar width to a needle, meaning the bodily tissue that needs to be penetrated can heal by itself afterwards.

The future of single-use devices

While the cost and additional safety of using disposable medical devices has seen them become increasingly popular within the industry, the opposite trend can be observed in many other areas.

Water bottles, shopping bags, and straws are among the everyday, single-use items that have come under scrutiny for their impact on the environment, and are subsequently being replaced with reusable alternatives — while rechargeable batteries and lightbulbs are also a relatively recent phenomenon, introduced to help reduce waste.

With the desire for cheaper, safer disposable options beginning to clash with these calls for reusable, but also more expensive, items, Silberman anticipates that the former is likely to eventually come out on top — in the medical sector, at least.

“There is a conflict between environmental factors, and health and safety factors — in medical devices, they are really going in opposite directions,” he says.

“My gut feeling is that, in this area, the safety element will eventually win, and more devices will become single-use.

“I think that, in order to fully resolve this conflict, however, people will have to develop more clever ways of disposing of these single-use devices too.”

Another “interesting concept” Silberman is currently observing in medical devices, is growing demand for imaging sensors that are smaller, but also specifically designed for use in medical applications, with properties tailored to the human body.

“Everything that is very new now will be old in two years and obsolete in five — so, from a business perspective, ScoutCam is going to continue to partner with companies and provide the very critical component of visualisation,” Silberman adds.

“In medicine, smaller is better — but there are things we’ve noticed that are being negatively affected when you try to reduce the dimensions of the camera even further.

“The pixels of today’s cameras are getting down to the size of the photon, so we really are reaching the borders of physics.

“But, there are still ways to improve the performance of the cameras while preserving the dimensions, or even to push the dimensions down while maintaining the same level of quality.”