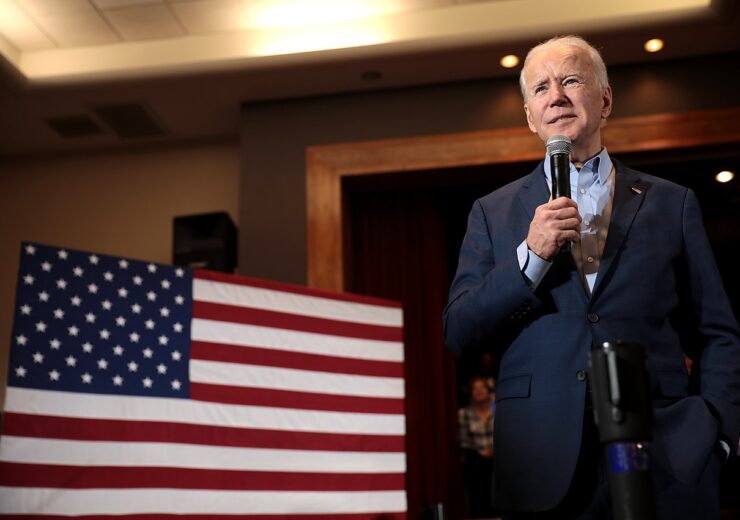 The lead up to the 2020 presidential election has seen Democratic candidate Joe Biden’s divisive healthcare policy, and the Affordable Care Act, come under renewed scrutiny – but the other major plan that will inevitably impact the medtech sector is his vision for US supply chains.

The former is something of a continuation of Barack Obama’s time in office, with Biden remarking in his healthcare strategy that the Affordable Care Act had been 100 years in the making when it was signed into law in 2010, and is “still a big deal” more than a decade later.

However, the policies he has outlined regarding American supply chains are a far more recent development, having taken shape over the course of the past nine months in response to the Covid-19 pandemic.

In his vision for US supply chains, Biden also stated that medical supplies and equipment are the “most pressing and urgent” areas right now due to the ongoing health crisis.

With that in mind, we take a look at all of the former vice president’s major supply chain policies that are likely to affect the American medtech industry and medical device companies in the US.

The key point of Joe Biden’s policy framework is the need for the US to reinforce its supply chains, not only in an effort to rectify the damage that has already been done by the Covid-19 pandemic, but to ensure the country is better prepared for future crises as well.

In order to do this, he will – if elected – introduce reforms aimed to shift the production of a range of critical products to the US in order to create jobs and close supply chain vulnerabilities.

Biden wants to take this step because he says the US is “dangerously dependent” on foreign suppliers like China.

However, he describes the intended goal as “broad-based resilience” as opposed to “pure self-sufficiency” – meaning strategic stockpiling, cracking down on anti-competitive practices and working closely with international allies are part of the plan along with the increased domestic manufacturing.

This emphasis on the need for more production to take place on US soil – commonly referred to as re-shoring – is a principle that has also been called for by Republican candidate and current president Donald Trump, although his proposed methods for achieving this do differ from Biden’s.

Trump’s approach involves less emphasis on strong international relations and working with US allies when it comes to trade, and his tactic for encouraging domestic manufacturing centres around a combination of tax cuts and executive orders, such as the “Buy American, Hire American” campaign.

Biden states that, in the short term at least, he will not shy away from using the Defense Production Act (DPA) – a law that gives the US president emergency authority over domestic industries, and which has been used by Trump to ramp up production of certain supplies during the coronavirus pandemic.

As well as deploying the DPA to direct American companies to produce greater volumes of critical products, such as N95 respirators and other items of personal protective equipment (PPE), Biden will use the 100-day review process to determine the best way forward when it comes to longer-term decision making.

He also plans to use the DPA to its “fullest extent” in order to rebuild domestic manufacturing capacity, using lessons learned during the pandemic – something Biden claims the Trump administration is still currently “dragging its feet on”.

Spurring on production of medical supplies

Throughout 2020, the US Department of Health office BARDA (Biomedical Advanced Research and Development Authority) has received billions of dollars to combat the Covid-19 pandemic, and has distributed funding to numerous companies attempting to tackle the crisis.

Biden says he will ensure BARDA continues to engage in these activities in order to “rebuild” US medical production capabilities.

While the Democratic candidate suggests that supply chains concerning a potential Covid-19 vaccine are likely to be the main priority if he is elected, he also claims he’ll work with large healthcare purchasers like Medicare and Medicaid to ensure all key drugs and medical devices are priced fairly, and transparently.

Biden’s supply chain vision states that pharmaceutical and medical device supply chains alike have proved to be vulnerable during the current crisis.

But he adds that the “world-class productivity” of American manufacturers means domestic production can be increased and medical supply chains can be secured without leading to higher prices for consumers.

He also plans to use targeted financial incentives – including tax credits, R&D support and matching funds at national and local levels – to encourage US companies to manufacture designated critical products.

In his vision for American supply chains, Biden has laid out several methods for mitigating the impact of future production crises.

These include increasing federal stockpiles of medical products and using regulatory agencies to ensure companies have plans in place to address future disruptions.

Where necessary, the latter may involve imposing restrictions on imports from nations like China and Russia as well.

On a similar note, Biden outlines how he will put standing plans in place to enable ‘surge manufacturing’ in the event of future supply chain disruptions, meaning the US can upscale its production capacity to meet demands if necessary.

His plans for doing this include compensating companies that choose to maintain excess production capacities for certain critical products, encouraging US firms to create databases for designs of these key supplies, and using legal authorities to make sure relevant designs and patents can be authorised quickly during subsequent national crises.

The final piece of Biden’s strategy for preventing future shortages involves setting up a new Critical Supply Chains Workforce Development Fund to invest in the workforce skills needed to ensure production can be quickly ramped up in the future, and that shortages of important medical equipment are minimal.

While it remains to be seen if the Democratic candidate will get the chance to implement these policies as US president, with election day taking place on 3 November, it seems likely that the importance of domestic manufacturing, reducing imports and bringing production closer to home will be the way forward under either Biden or Trump.