Many medical device companies are seeking to globalise their supply chains in an effort to access new markets and increase revenue, but with this strategy come inevitable complications. Elly Earls talks to Todd Smith of ConvaTec about communication problems, regulatory hurdles and how to stay in control of suppliers' suppliers. 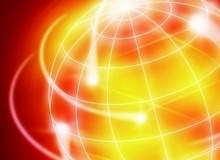 Japan has become something of a hub of medical device manufacturing thanks to its cosmopolitan capital and strategic location in the lucrative Asian market; OEMs including Abbott Laboratories, B. Braun, Covidien, Hospira and Medtronic have all either opened offices or constructed manufacturing and distribution centres
in Tokyo.

So when the tsunami hit on 11 March 2011, the industry was understandably affected, with some companies unable to find alternative sourcing channels for their products. Becton Dickinson, for example, had to temporarily close down its plant in Fukushima in order to repair damage and minimise the chance of employees being exposed to dangerously high levels of radiation.

The impact of the natural disaster didn’t stop there. In June 2011 the US Food and Drug Administration sent a letter to ‘foreign and domestic medical device and component establishments that may be affected by the March 2011 Japan earthquake and tsunami’, alerting them to the potential consequences of the event.

While the body had not been notified of any defective product or serious adverse event associated with the use of a device related to the tsunami, it nonetheless expressed concerns about the manufacturing conditions and how these could impact upon the safety and effectiveness of medical devices exported from Japan. Particular areas for consideration included radioactive contamination of devices and/or components, contaminated water supplies, loss of electrical power causing disruption in the manufacturing process, compromise in sterile products during or after production, and damaged facilities resulting in component shortages.

The Japanese tsunami really served to highlight the need for companies to remain in control of their extended supply chains in order to avoid the disruption that can result from unexpected events. But not only is it essential for manufacturers to be aware of the activities and capabilities of their contract organisations, it is also crucial for them to understand the regulatory environment within the countries in which they operate.

"Every country is a little bit different and consequently some are much easier – or harder – to do business with than others," says Todd Smith, vice-president of global supply chain at ConvaTec. "For example, in Latin America, Brazil has a notoriously difficult regulatory environment with even minor packaging changes taking eight to nine months to be approved. The real challenge is efficiently addressing all of the different local requirements. For example, how do you address regional labelling variations without creating market-specific SKUs or doing a lot of over-labelling locally?"

Moreover, important information is at risk of getting lost in translation when contracting with suppliers in a diverse range of countries. "I can’t say that it hasn’t happened," acknowledges Smith, "but we’ve learned from our mistakes and we know to take the extra time to ensure that our suppliers understand our requirements.

"We are also fortunate to have members of our team that are native speakers of the languages in many of the countries we source from, such as Spain and China. This has turned out to be critical when working with engineering drawings and other business documents prepared in another language."

Distance also makes a difference, Smith confesses: "The further away a supplier is, the harder it is to work with them – no question. As a result, we generally prefer to source from the Americas and Europe as opposed to Asia, but when we do source from Asia we ensure that the supplier has high capabilities in order to minimise the amount of ‘hand-holding’ we need to do from the US. When our supply base in Asia reaches a certain critical mass, I do expect to put supply chain resources in the region to facilitate working with these suppliers."

Regionalised supply chains are one appealing option for large medical device firms, but it is essential to take into account the scale of the operation before embarking on a regional model. "Having someone in the right time zone goes a long way towards improving communication with customers and suppliers, as does having people with the right language skills and cultural understanding," Smith remarks.

"If you are going to move from a manufacturing site in your home country to one that is 30 days away by sea then, yes, you need to consider the freight in the cost equation, but more important is the additional lead time and the loss of flexibility that comes with it."

"The question then is: when do you have enough scale in a particular region to justify the incremental resources that a regional model requires?" he muses. "When I worked for a $20 billion company, the regional model worked well without much loss of efficiency. But where I am now, in a $1.5 billion company, we do a lot more centrally in order to stay as lean as possible."

So, in light of these issues, where is the best place to be located? Smith’s thought process when locating his company’s manufacturing sites goes something like this: "First I ask: ‘Where are my customers?’" he explains. "I can be much more responsive to changes in customer demand if I manufacture close to the customer, so ideally you want to manufacture where the demand is. "Secondly: ‘where are my suppliers?’ As a medical device company, we have a lot of specialty materials that are either solely sourced or have limited sourcing options. For instance, manufacturing in Asia may not make sense if I have to bring in most of my raw materials from Europe or North America and then send the finished product back there.

"Thirdly: the economics," he continues, "but this goes way beyond labour costs. I take a total landed cost approach, but also look at impacts upon working capital (inventory, for example) and customer service. If you are going to move from a manufacturing site in your home country to one that is 30 days away by sea then, yes, you need to consider the freight in the cost equation, but more important is the additional lead time and the loss of flexibility that comes with it."

Another decision that must be made is which activities to outsource to additional manufacturing sites. ConvaTec has a set of manufacturing core competencies and will generally manufacture products in-house if they fit into those capabilities. On the other side of the coin, the company outsources production of accessories and several ancillary products. This amounts to about 20% of ConvaTec’s cost base. "An additional consideration is the level of risk associated with the product, such as tight tolerances or patient impact, and we will tend to manufacture the higher-risk devices in-house," Smith adds.

The earthquake and subsequent tsunami that devastated much of Japan drew attention to the fact that many global companies – medical device manufacturers included – were not aware, or at least not aware enough, of what was happening with the suppliers of their suppliers. "Unfortunately, there is no easy solution to this. You can’t have a back-up for everything, so first you have to measure your risk," says Smith. "I recall a case from earlier in my career where a multimillion dollar customer order was held up for lack of less than $1 worth of screws. Thus, when we look at risk, it’s important to look at the sales that would be impacted if a material was unavailable rather than the spend with a particular supplier. Once you know where you want to put your resources, you need to look back at least two levels in the supply chain," Smith explains. "For example, we recently had a situation where we thought we were in good shape because we had three qualified suppliers – until we discovered that all three were using the same raw material feed stock from exactly the same source."

"Once you know where you want to put your resources, you need to look back at least two levels in the supply chain."

In some cases, a sole source arrangement is opted for either because of intellectual property or simply because there is only one source available. "In such cases where it’s not possible to have a back-up supplier, we’ve worked with the supplier on contingency plans such as qualifying multiple source plants in their network," Smith recalls. "There are also cases where we’ve found it essential to deal directly with our suppliers’ suppliers. For example, we have contracts with the resin suppliers that feed our injection moulding suppliers."

As medical device manufacturers increasingly go global, keeping their supply chains in order is becoming much more challenging. From communication problems to regulatory hiccups and remembering to keep an eye on those supplying their suppliers (and even the suppliers of their suppliers’ suppliers), it is crucial to remain vigilant at all times to prevent an unexpected event from turning into a supply chain catastrophe.

For the 12 months ending 31 December 2010, the company recorded net sales of $1.5 billion and EBITDA of $427.8 million. ConvaTec’s operations are spread across a wide range of countries, franchises and products. As of 31 December 2010, the company employed nearly 8,000 people worldwide (over 85% of whom were outside the US), had physical operations in over 35 countries and marketed its products in more than 100 countries. It operates through four franchises: ostomy care, wound therapeutics, continence and critical care and infusion devices/industrial sales.