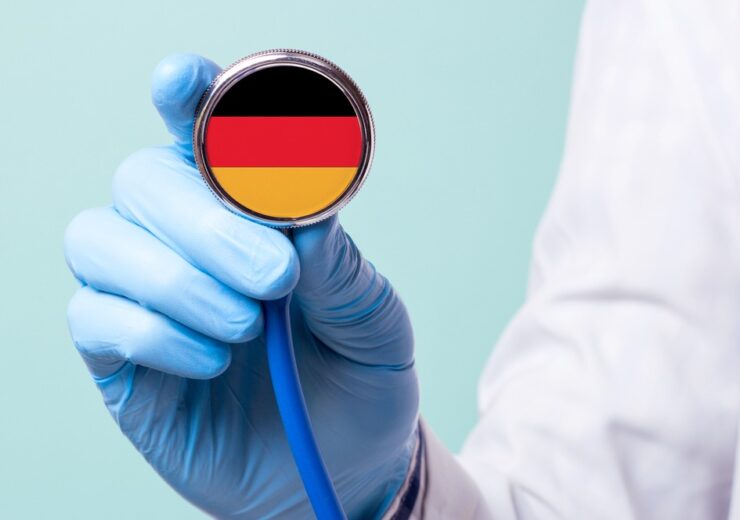 The German medtech sector is widely considered to be one of the most prosperous and advanced in Europe, if not the world, and this is due in no small part to the host of innovative start-ups operating in the country in 2021.

A 2019 report by trade association MedTech Europe demonstrated this, highlighting the fact that Germany employs 200,000 people directly in the medical technology industry – the most of any European nation. There are also currently more medtech firms based in Germany than any other country in Europe.

And, as is predominantly the case across the global medtech sector, SMEs (small and medium-sized enterprises) – and, more specifically, start-up companies – play a critical role in Germany holding this strong position.

With that in mind, we’ve decided to highlight seven innovative medtech start-ups that are based in Germany, and may be worth keeping an eye on this year due to the pioneering work they’re doing.

Founded in 2010, Implandata Ophthalmic Products is a medical device company from Hannover that develops, produces and sells innovative and disruptive solutions for ophthalmology, with a particular focus on glaucoma patients.

Its flagship offering is the EyeMate system – a next-generation implantable micro-sensor that can be placed permanently in the eye via small incisions and continuously monitors intraocular pressure (IOP).

This measurement, which can traditionally only be obtained a few times each year, is then transferred to an external, handheld device, giving ophthalmologists important information required for guided glaucoma therapy, and enabling them to provide patients with proactive and personalised therapy management.

The EyeMate system gained a CE mark in March 2019 and was launched on the European market the following month.

To date, Implandata Ophthalmic Products has received a total of €6.7m ($8.1m) in funding for which it has disclosed the exact figures involved, although its most recent investment was a Series C funding round for “a mid single digit million Euro amount” in May 2018.

On its website, the start-up says its aim is “to bring the prosthetics and orthotics industry into the digital age” using its Mecuris Solution Platform (MSP) – a free tool that enables the creation of patient-specific products with a few simple clicks.

Ever since it gained a CE mark for its technology in 2017, Mecuris has been making artificial limbs, orthopaedic braces, and even customisable, cosmetic prosthetic covers, while reducing the associated costs and times.

Founded in 2005, Bio-Gate is a Nuremberg-based firm that endows various products with antimicrobial and antiviral properties – mainly in medical technology, but also in the cosmetics, industrial and consumer sectors.

To do this, it employs unique silver technology via two distinct, patented offerings: MicroSilver BG and HyProtect.

The former is a highly pure elemental microporous silver additive that is not cytotoxic – making it safe and versatile – and is therefore used in skincare, oral and dental care, wound management and surgical implants. It has also been shown to be effective against the SARS-CoV-2 virus, which causes Covid-19.

The latter is an ultrathin plasma coating made up of pure silver and polysiloxane that protects the surfaces of medical implants against bacterial colonisation.

There is currently very little information available on the financial investments Bio-Gate has received as of January 2021, although UK publication The Financial Times reports that the company’s most recent total revenue was €4.5m ($5.4m).

Avateramedical is based in the city of Jena in Eastern Germany and has developed systems for robot-assisted, minimally invasive surgery since its inception in 2011.

Through its Avatera robot, which gained a CE mark to enter the European market in November 2019, the company aims to make state-of-the-art robotic surgery readily available to more patients and clinicians across the world.

The system consists of a four-armed robot and a control unit. The robot uses slender, single-use surgical instruments that save costs and reduce the risk of cross-contamination between procedures, while the control unit’s display offers QXGA resolution, high-colour fidelity and “more than full HD resolution” to provide surgeons with a clear, true-to-life, detailed image.

In August 2020, Avateramedical received a €100m ($121m) funding boost from its majority shareholder, Tennor – a global investment holding firm – bringing its total funding via the Netherlands-based company to €250m ($303m).

The device’s approval means it can be used to shrink tumours and reduce symptoms in patients with advanced hepatocellular carcinoma (HCC) – a common type of liver cancer – who have either failed or are intolerant to first and second line therapies for the disease.

It works by producing low-level radiofrequency (RF) electromagnetic fields, which are amplitude-modulated at tumour-specific frequencies, and is coupled with a spoon-shaped antenna that’s placed in a patient’s mouth multiple times each day to deliver the therapy throughout their body regularly.

TheraBionic’s future aim – according to its founders – is to expand the uses of the technology to diagnose and treat other types of cancer as well.

Based in Berlin and having been founded as recently as 2019, medical device firm DeepSpin is developing an AI-powered MRI (magnetic resonance imaging) machine at a fraction of the cost, size, and weight of standard systems.

By harnessing the power of generative topological design for its machine’s hardware and applying super-resolution deep learning to MRI scans, the company is attempting to “bring medical imaging to the digital age”.

The result, according to DeepSpin, is a product that requires no maintenance upkeep or specialised technicians to operate, and offers more mobility and lower costs compared to existing MRI machines – without compromising on performance.

The company and its potentially groundbreaking product are in the early stages of development, although DeepSpin did receive its first significant piece of funding in June 2020 in the form of a €600,000 ($727,000) seed round.

MagForce is a Berlin-based medical device company attempting to treat cancerous brain tumours using NanoTherm – the first and only nanotechnology-based therapy to have gained European approval for this purpose.

NanoTherm introduces magnetic nanoparticles either directly into the tumour or into the resection cavity wall.

These particles are subsequently heated by an alternating magnetic field, destroying the targeted cancer cells, or weakening them so they are more sensitive to concomitant radiotherapy or chemotherapy.

MagForce, which was founded in 1997, obtained EU regulatory approval for NanoTherm in 2011 and has since successfully treated more than 100 patients using the novel therapy method. Clinical studies in the US are also currently assessing if prostate cancer can be treated by using nanotechnology in this way.

To date, the company has raised at least €17m ($20.6m) via three separate funding rounds.