From focused ultrasound to electronic autoinjectors, we take a look at four innovations and technologies that could improve future MS treatment options 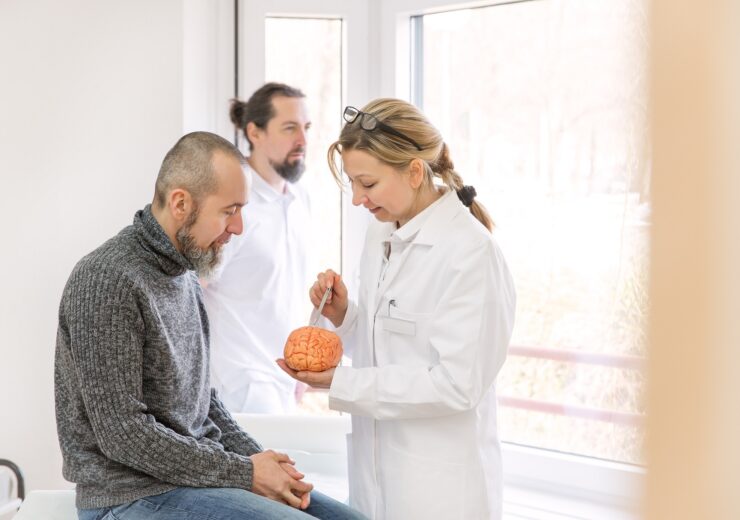 Multiple sclerosis is a lifelong neurological condition that can lead to a wide array of physical symptoms (Credit: Shutterstock)

As is the case with many debilitating, chronic diseases in the 21st century, the wonders of technology and medical innovations are currently showing huge potential in enabling multiple sclerosis (MS) treatment to become more effective.

MS is a lifelong condition that affects the central nervous system and can cause problems with vision, movement, and sensation, as well as fatigue. It can’t be cured, but relapses of the disease’s outward symptoms are commonly treated using steroid medicines.

However, various studies over the past few years have indicated that improved treatment options – perhaps even some that target the condition’s underlying causes – may be on the horizon.

We take a closer look at four unique technologies that are at differing stages of the research and development process, but could all hold the key to drastically improving the lives of MS patients in the future.

Four novel innovations in the treatment of MS

The phenomenon of neurostimulation – which involves delivering low-level electrical currents to the brain – has been used previously to treat epilepsy, Parkinson’s disease, OCD (obsessive compulsive disorder) and various other conditions.

And, along with psychological disorders like depression and anxiety, MS is one of several neurological diseases for which brain stimulation technologies are currently being investigated widely as a potential treatment option.

A study published in online scientific journal Neurology last year concluded that transcranial direct current stimulation (tDCS) – a non-invasive technique that can be administered at home using electrons attached to the head – has the potential to improve sleep quality and reduce fatigue in MS patients by positively affecting certain neural pathways.

In addition to MS-related fatigue, tDCS has also been investigated as a possible treatment for other common symptoms of the disease, including neuropathic pain, limb spasticity and even depression – although these investigations are generally small-scale and have indicated mixed results to date.

One use of brain stimulation that is, however, already available to MS patients in some places is the Portable Neuromodulation Stimulator (PoNS) – a medical device currently being reviewed by the US FDA, and regulators in the EU.

The non-implantable device – which is commercialised by American holding company Helius Medical Technologies – clips onto the user’s tongue and delivers electrical stimulation to enhance neuroplasticity in the brain. In Canada, it is authorised as a short-term treatment for walking problems, or ‘gait deficit’, resulting from mild and moderate symptoms of MS.

In 2019, researchers from the University of Texas at Dallas’ Center for BrainHealth announced they had developed a novel diagnostic technology for MS.

Working with a team from the UT Southwestern Medical Center, they used functional magnetic resonance imaging (fMRI) to scan 23 patients’ brains, before deploying a unique, patent-pending tool to create 3D images of the lesions – areas that have been damaged by the effects of MS – found there.

These differing visual indicators were then used to determine which lesions had increased levels of surrounding oxygen – the biomarker that correlates with a capacity for healing.

The upshot is that, in theory, this could help doctors to distinguish between MS patients that will benefit from certain therapeutic drugs designed to heal damaged areas of the brain, and those that won’t.

At the time, Dr Dinesh Sivakolundu – the lead author of the study detailing these findings, which was published in peer-reviewed scientific publication Journal of Neuroimaging – said: “Our new technology has the potential to be a game-changer in the treatment of MS by helping doctors be more precise in their treatment plans.”

A number of studies in recent years have looked into the possibility of using focused ultrasound therapy to treat MS because, by focusing precise beams of ultrasound energy on targets in the brain, symptoms of the condition can be mitigated, or even reversed, without causing damage to surrounding, healthy tissue.

According to the Focused Ultrasound Foundation, this non-invasive novel technology has the potential to improve quality of life for some MS patients while reducing high costs and potential complications associated with invasive surgeries.

In an article published online in January 2021, the US-based foundation outlines three key uses of focused ultrasound that are currently being investigated as MS treatment options.

The first of these is precise ablation, which involves thermally destroying MS-affected tissue in the brain with ultrasound beams, potentially alleviating movement problems in patients without the need for more invasive options like deep brain stimulation (DBS), whereby electrodes are inserted under the skin.

The second method has been successfully demonstrated in preclinical work, and involves using focused ultrasound to accelerate the remyelination of nerves. This approach can be seen to target the underlying cause of MS, as damage to the myelin sheaths that protect human nerve cells is a symptom of the way the disease attacks the central nervous system, and diminishes its ability to transmit signals quickly and efficiently.

The third and final approach uses focused ultrasound’s ability to open the blood-brain barrier by safely allowing tight junctions in blood vessels inside the brain to partially open, meaning certain MS medications and other therapies can enter specific areas.

Alongside the numerous academic studies that have investigated these various uses of focused ultrasound therapy, the Sunnybrook Health Sciences Centre in Ontario, Canada, is currently running a clinical trial in which focused ultrasound will be used to treat patients with multiple sclerosis-induced hand tremors.

4. Electronic autoinjectors – a shot in the arm for MS treatment adherence

For more than a decade, electronic autoinjector devices have been used by MS patients to self-administer therapeutic drugs, and manage their treatment processes more effectively.

The electronic RebiSmart injection device, for example, was first launched across Canada and Europe by German chemicals and pharmaceuticals giant Merck in 2009. It allows patients to inject their MS medications at home via multidose cartridges, and offers interactive, on-screen instructions and adjustable comfort settings.

The RebiSmart autoinjector also received a major update in 2014 when Merck Serono – the company’s biopharmaceutical arm – announced the latest model could collect and store injection times, dates, dosages, and other data, and send this information wirelessly to a new online system called MSdialog.

Another example of this type of technology is the BETACONNECT, which is commercialised by German pharma firm Bayer and became the first electronic autoinjector of its kind to gain FDA approval in 2015.

However, while they have been around for several years, more recent studies have gone a long way to establishing just how effective these devices can be in improving the lives of MS patients.

In 2016, the results of a study published in peer-reviewed science journal PLOS ONE showed that 258 Spanish patients with relapse-remitting multiple sclerosis (RRMS) using Merck’s RebiSmart adhered to their treatment timetables at an average rate of more than 92% over the course of three years.

And, in this time, the researchers found there was a correlation between better treatment adherence and better disease outcomes – including improved quality of life, fewer neuropsychological issues, shorter duration of disease, shorter duration of therapy, and a much lower risk of relapse.

In 2017, the results of a 24-week study conducted in Germany and published in healthcare journal BMC Neurology were similarly positive – with the majority of the participating 107 MS patients showing high treatment adherence when using Bayer’s BETACONNECT. Some 98% of these participants said the device was user-friendly, while 86% said they preferred it to their previous method of injection.

When the growing evidence that these autoinjectors can legitimately improve disease outcomes is combined with the promise being shown by novel therapeutic technologies like focused ultrasound and brain stimulation techniques, it appears that treatment options for MS patients have been enhanced greatly over the past few years – and could be set to improve even more dramatically in the near future.