Worth every stent: bio-coating technology

US researchers have developed a new bio-coating technology on a nanoscale that can improve the long-term performance of medical implant devices such as heart valves and cardiac stents. This 'bio-nanomatrix' mimics the thin layer of cells that lines blood vessels and promotes the body's acceptance of an implant device. Ellie Broughton talks to University of Alabama co-inventors Dr Brigitta Brott and Dr Ho-Wook Jun. 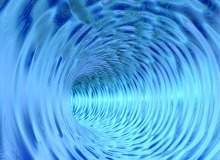 Forget cancer or car accidents, liver or lung disease: America’s biggest killer is heart disease. In 2009, the Centers for Disease Control and Prevention (CDC) reported that 598,607 people died from cardiac problems in the US alone, and the World Health Organization has called cardiovascular disease (CVD) a global epidemic.

At the moment, the global coronary stent coating market stands at $980m, with an annual growth rate of 20% to reflect the steady spread of CVD through several populations. In the US, the latest figure for stent implant operations stands at around 600,000 every year. For some patients, their first implant will also be their last. For others, however, damage to the endothelium means re-narrowing of the arteries by scar tissue, and the potential risk of clotting. While steps have been made towards developing coatings and hydrogels that promote self-healing, nothing has yet been marketed that addresses the many potential problems of arterial stents.

Dr Brigitta Brott, an interventional cardiologist in Birmingham, Alabama, US says she often sees patients return to hospital within six to nine months of surgery, complaining of chest discomfort. "We’re currently implanting stents that were approved by the FDA in 1994," she says. "Our patients have roughly a 15% risk of their arteries re-narrowing in the first six to nine months after surgery. In certain populations, such as among diabetes sufferers or patients with small arteries, the rate of re-narrowing is even higher, more like 40%."

"Our patients have roughly a 15% risk of their arteries re-narrowing in the first six to nine months after surgery. In certain populations, the rate of re-narrowing is even higher, more like 40%."

The problem of re-narrowing was decreased, but not eliminated, by drug-eluting stents (DES). The implants are coated with a drug-eluting polymer that works over a month-long period to inhibit scarring inside the artery. However, keloid-type ‘super-scarring’ has still been found in some cases. Again, diabetic patients are most at risk, as are those with small arteries, or long arterial blockages. Scar-inhibiting drugs can also prevent the normal healing process from taking place around the stent, and Dr Brott reports that she’s also heard reports that, where a patient had managed to avoid scarring, arteries were re-narrowed or clotted off by inflammation rather than scarring.

UK patients face a very similar lot to US patients. Interventional cardiologist Dr Anthony Gershlick agrees that he experiences the same challenges as Dr Brott – albeit on a lesser scale. Like their US counterparts, his patients mainly receive drug-eluting stents rather than bare metal, and face recurrent implants because of thrombosis and stent malaposition in 2% and 5% of the population, respectively.

Amongst Brott’s patients, half of the 1 or 2% of patients who develop thrombosis die from a blood clot. Not forgetting of course that stent surgery itself can be fatal. Every time a patient on anti-clot medication goes for surgery, they must reduce the dose they’re on to make sure they don’t haemorrhage during surgery. The experience surrounding stent implants is fraught with risk, and the more times the patient has to go through it the more they and their family must face a fatal risk.

Knowing this risk, the Endomimetics team set out to create something completely different from what had gone before. Dr Brott and Dr Jun’s coating differs dramatically to its polymer-based DES cousin: rather than develop a new, more complex polymer to replace the material that’s in use at the moment, the doctors used amino acids to create a native endothellial extracellular matrix. The nanofibrous, biocompatible matrix is self-assembled using a water evaporation-based technique. Endomimetics’ ‘bio-nanomatrix’ inhibits both restenosis and thrombosis. "The impetus for us was to create something all natural," Dr Brott says. "Our goal was to enhance health with something natural, which didn’t carry the risk of late inflammatory responses."

Her co-inventor at Endomimetics LLC, Dr Ho-Wook Jun, adds: "We said to ourselves, ‘Let’s just learn from nature and mimic its characteristics. How does nature maintain healthy blood vessels? The endothelial cells play the key role. So we looked to nano-technology to provide an endothelium-mimicking nanomatrix on the surface of the stent."

Brott explains: "Amino acid binding sites enhance the healing process, and encourage endothelial cell growth. It also releases nitric oxide into the artery wall, which is one of these almost magical compounds. It has three different roles – firstly, it enhances the healthy growth of endothelial cells in the artery walls. Secondly, it inhibits smooth muscle cell proliferation, part of the scarring process. Thirdly, it profoundly inhibits platelet attachment, which inhibits clot formation."

Within 48 hours, the stent begins to release NO into the endothelium, and continues to release the gas for a period of 30 days. Preliminary data published in the journal Biomaterials suggests that, compared with the effect of collagen, the nitric oxide-based matrix reduces the rate of platelet adherence by 15%; compared with stainless steel, it dramatically reduced platelet adhesion, with researchers reporting little or no clotting of this kind.

Both the inventors remark on how smooth the product development process has been so far. "We didn’t really notice any big obstacles," Dr Jun said. "It worked really well – that’s what was so surprising." For Dr Brott, the obvious challenge was creating the nanomatrix: "It requires the use of a peptide synthesiser – quite a specialist piece of equipment. But once the components were planned, they were easy to duplicate. It wasn’t that much of a stumbling block!"

Dr Jun says that attracting investment is their biggest quandary at the moment. "Any device will take seven to ten years to develop. It’s a high-return investment – this material is totally biocompatible – but it’s high-risk too." He adds that the coating should also prove to be cost-effective, because there’s a low anticipation of the need for replacements, and also that the production process is non-toxic due to the natural materials involved.

"Any device will take seven to ten years to develop. It’s a high-return investment – this material is totally biocompatible – but it’s high-risk too."

Investing in the Endomimetics project could, as Dr Jun says, create a massive payback. Beyond coronary stents, Dr Brott and Dr Jun suggest that there could be further applications for peripheral stents, vascular bypass grafts, heart valves, in-dwelling catheters, pancreatic islet preservation and 3D gel implants. The concept of a stent coating built from proteins and water is beautiful in its simplicity, and is likely to be a runaway success – if, in ten years, it can be proven to work.

The nature of risk

Dr Brott deals with heart disease patients every day, and she is particularly troubled when one of them goes for surgery. "Before surgery, patients are often asked to come off aspirin and clopidogrel – two anti-clot-forming drugs – and we always have to decide whether the risk of bleeding from surgery or clotting off of stents is greater. I ask the surgeon, do we take the danger of operating when the patient’s on two medications, or the danger of them having a heart attack?"

If the patient’s stent clots, Brott explains, 40% of patients will die because of it. "It’s a very high risk," she continues. "So if I could be assured that the stent would heal over and restore a patient’s health quickly, and also inhibit restenosis, it would change my practice tremendously."

A device that promotes fast arterial healing could reduce long-term prescriptions for anti-coagulation drugs. At the moment, the FDA recommends patients continue to take drugs such as clopidgrol for a year after surgery, but Dr Brott says prescriptions are commonly made out for longer periods. At $150 a month, some patients will have to abandon the treatment before they’re ready simply because they can’t afford to pursue it.

Stents made from natural materials could also reduce the number of emergency procedures for re-narrowing and clotting, if they reduce the number of adverse reactions in patients. The Endomimetics team are currently pursuing additional testing and partnerships with major medical device manufacturers but there are many more investment ‘angels’ needed before the coating is market-ready.
Some day maybe even you will find room in your heart – or another of your organs – for this new coating.

Past, prestent and future: the history of interventional cardiology

Stents were not a popular coronary implant until the mid-1980s; before then, surgeons used to perform operations known as coronary artery bypass grafts in order to fight heart disease. Later, in 1977, a new technique was introduced during which a ‘balloon’ was inserted into an artery via a catheter in order to expand the blood vessel. By the mid-80s, the balloon angioplasty was as popular as the bypass graft, and went on to become the operation of choice; however, the problem of restenosis (re-narrowing) was still a risk for patients.

Stents had been in use since the 19th century, and had been used for blood vessels as far back as the 1960s, but it was not until 1986 that any surgeon attempted to use such an implant in a coronary artery. The ‘scaffolding’ of a stent was quickly acknowledged as a superior solution to narrow arteries compared with a ‘balloon’. Restenosis and thrombosis were less common among patients with a stent implant in comparison with the old techniques, and new coatings continued to knock the rate of re-narrowing down to size.

"The more successful models worked because drugs could be delivered by a stent locally, directly and with minimal side effects, and DES are still popular among patients today."

First, coatings of precious metals such as gold and platinum were used to avoid the problem, then stents were expanded into the artery walls using high-pressure balloons to make sure they were deeply embedded in the biological environs. The use of anticoagulants reduced the rate of clotting, and made the operation even safer. Medical device developers also created stents that released chemicals into the artery walls in order to protect patients from re-narrowed arteries.

These devices are now commonly known as drug-eluting stents, or DES. The more successful models worked because drugs could be delivered by a stent locally, directly and with minimal side effects, and DES are still popular among patients today. The next trend for stents is predicted to be biocompatible coatings, like the Endomimetics product. Alternatively, the future could be stents made from biodegradable materials. One such device was trialled in the UK and in 2010 Dr Anthony Gershlick successfully implanted a dissolving heart stent made of corn starch.