M&A activity in the medical equipment sector took a dip in Q3 2011 although the venture capital market remained relatively buoyant, as the latest market research from GlobalData reveals. 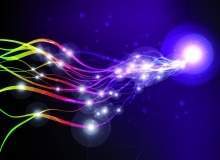 After a strong second-quarter performance, both the number and the value of M&As and asset transactions in the medical equipment sector dipped in Q3 2011.

Among the notable deals of Q3 2011 was the General Dynamics $960 million acquisition of Vangent Holding to expand its exposure in the growing healthcare IT market. PerkinElmer signed a $600 million agreement to acquire Caliper Life Sciences to enhance its global position in molecular imaging and detection for human and environmental health.

The in-vitro diagnostics market made a comeback to the top position in deal-making activity in Q3 2011, as many companies in the medical equipment industry looked to this area to help them develop robust product pipelines and fill gaps in product lines. This part of the market recorded 143 deals worth $6 billion in Q3 2011.

Capital raising through the issuance of equity and debt securities

Investment in the venture capital market

Domain Associates, LLC topped the list of venture financing firms by participating in 10 deals with a total value of $167.6 million in the period Q4 2010 to Q3 2011. The private equity (PE) market recorded a significant increase in deal values in Q3 2011. With medical equipment industry offering strong growth prospects and being highly regulated, it was able to attract investor’s attention. The market reported deals worth $12.7 billion in Q3 2011, as compared to $2.4 billion in Q2 2011. The number of deals decreased to 13 in Q3 2011 from 19 in Q2 2011.

"With medical equipment industry offering strong growth prospects and being highly regulated, it was able to attract investor’s attention"