A novel retinal prosthesis could enable blind patients to see again. Natalie Healey speaks to Robert J Greenberg, chairman of the board at Second Sight, about how one goes about building a bionic eye. 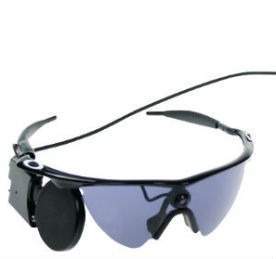 Robert J Greenberg was still at medical school when he witnessed something that would change his trajectory. A chance meeting with a retinal surgeon gave him a glimpse of how blindness might one day be reversed.

"He was going to, under local anaesthesia, put a wire adjacent to a blind patient’s retina with an electric current and see what happened," Greenberg reveals of the surgeon. "And he asked me if I wanted to come. I’d never even been in an operating room before, so it was incredibly exciting to be there at all, let alone be there for what turned out to be a historic experiment."

When the surgeon positioned the wire in the patient’s eye and turned on a current, the patient saw a spot of light. After the addition of an extra lead, the patient was able to make out a second dot.

Greenberg reasoned that if there was a way of creating many more light patches, images could be created and normal vision mimicked. Prior to his medical training, Greenberg’s background was in electrical engineering, and after seeing this experiment, he was hooked. "At that moment, that was what I decided I was going to do," he says.

He’s been working in the medical device industry ever since. An introduction with Alfred Mann, an entrepreneur who had developed a cochlear implant, convinced Greenberg to move to Los Angeles and work at Mann’s non-profit research organisation, the mission of which is to develop and commercialise solutions for significant unmet medical conditions.

Soon after, an investor, who happened to be blind, approached the pair and asked whether the cochlear implant technology could be adapted for vision. The resulting company, Second Sight, was born in 1998.

The birth of the device

What they’re seeing are spots of light… it’s a relatively crude image, but by moving the head, it’s enough to take in and identify objects.

The organisation boasts the Argus II, the world’s first approved device intended to restore some functional vision for people suffering from blindness. It received US FDA approval in 2013 as a Humanitarian Use Device – an approval specifically for products intended to benefit small populations and rare conditions. Two years prior, Europe awarded the Argus II the CE Mark, and the product was launched commercially in Italy, Germany, France, Spain, the Netherlands, Switzerland and the UK.

This ‘bionic eye’ was intended for patients with retinitis pigmentosa (RP) – an inherited, degenerative disease that causes severe vision impairment. The condition can occur at any age, from early infancy to late adulthood. In a healthy eye, the retina’s photoreceptors convert light into tiny electrochemical impulses that are sent through the optic nerve and into the brain, where they are decoded into images. But in retinitis pigmentosa, the first step in this process is disrupted and the visual system cannot transform light into pictures. Peripheral vision becomes increasingly compromised, causing patients to experience tunnel vision and eventual blindness.

The Argus II is designed to bypass the damaged photoreceptors altogether. The basic idea is actually quite simple, says Greenberg. Aesthetically, it’s similar to Google Glass. A tiny video camera is housed inside spectacles to capture a scene. The video is sent to a processing unit, where it is transformed into instructions that are sent back to the glasses by a cable. Information is wirelessly transmitted to an antenna in an implant located in the patient’s retina. Signals are sent into an electrode array, which emits small pulses of electricity. These stimulate the retina’s remaining cells, which transmit the visual data along the optic nerve to the brain.

"We’re directly stimulating cells in response to the video camera, which is kind of acting like a light sensor," says Greenberg. "But from the brain’s perspective, it doesn’t really know the difference. The basic physics are quite similar." What the patient actually sees, however, does differ from normal vision. Greenberg admits the resultant image is rather rudimentary. "What they’re seeing are spots of light. The best analogy is a black and white television, or the light on a scoreboard that makes up images. So it’s a relatively crude image, but by moving the head, it’s enough to take in and identify objects."

He reveals that many people who have trialled the device are able to read letters again. "One patient in New York could even read the maps on the subway and figure out which train to get on," he enthuses.

The surgery to implement the product is performed under general anaesthesia and, in most cases, patients are able to go home the same day. The procedure takes 4-5 hours, and once the device is in place, it takes a week or two to heal. It sounds risky, but Greenberg assures it is not. "We’ve done about 140 of these now and, thankfully, there haven’t been any disasters," he says.

The main clinical trial that led to the product’s approval in the US and Europe was a 30-patient study that began five years ago. All of the participants had little or no light perception in both eyes. Researchers conducted visual function tests using computer and real-world conditions, including finding and touching a door, and identifying and following a line on the ground. FDA also assigned independent visual rehabilitation experts to introduce the Argus II system into the subjects’ everyday lives, including extensive interviews and tasks performed around the home.

Results indicated that up to 89% of subjects performed significantly better with the device, and no volunteers were negatively affected. After three years, no device failures were recorded, although 11 patients experienced serious adverse events, most of which occurred soon after implantation. One incident required the removal of the device due to recurring erosion after the suture tab on the product became damaged. "All of those patients have now passed the five-year point, and what we’ve presented at conferences is that the results look the same five years out, which is the longest we’ve tested these subjects so far," says Greenberg.

He likens the bionic eye to an iPhone, in the sense that the operating system can be constantly updated to improve its functionality. In a recent UK trial, which took place in Manchester, researchers showed that the system can achieve colour perception in some patients.

"We employed a trick invented in the 1900s by Benham: this toy spinning top that had black and white spots in it, but when you spun it, you would see colour. An optical illusion. And it turns out that colour is encoded in the visual system with frequencies as well as different cells. And so, by modulating a frequency, we can get different colours," reveals Greenberg.

This wasn’t the only reason the Manchester study was groundbreaking, though. It’s the first time the device has been implanted in patients with an eye condition that wasn’t RP: this study was performed on patients with macular degeneration – an age-related disorder that leads to the total loss of central vision. 80-year-old Roy Flynn was said to be delighted with the implant, and hoped that in time it would improve his vision to help him with tasks like gardening and shopping.

Around six million patients have a damaged optic nerve, so they can’t benefit from a retinal prosthesis, because the cable is going back to something that’s damaged.

Greenberg reveals that the reason it took a while for other conditions to be tested with the device is that the risk was seen to be greater. "RP patients are completely blind, so it was a good population to start with. Macular-degeneration patients tend to have some residual vision in the periphery. We wanted to make sure the device was stable, working well, reliable and didn’t damage the eye, before we tested it on people that had some vision left."

The team now wants to take the device’s applications even further, and have three major research programmes underway. The first is to improve the software and hardware, while the second is to pursue the macular-degeneration trial and identify other retinal diseases the product could help with. The third is more ambitious.

"Around six million patients have a damaged optic nerve," says Greenberg, "so they can’t benefit from a retinal prosthesis, because the cable is going back to something that’s damaged. For these patients, we want to move the device from the retina to the visual part of the brain. Functionally, everything will be the same: the same video camera picks up the signal and processes it, then sends it to an implant that goes further downstream."

The application is currently being testing on animals. Greenberg refuses to say much, but hints that the devices appear to be well-tolerated so far. He hopes that a human clinical trial will follow in late 2016. The risks inherent in this operation are much higher than the Argus II’s original purpose, which means researchers have to make sure the technology is sufficiently mature before they move on to testing it in patients; it’s clear, however, that as the bionic eye improves and becomes even wider-reaching in its ambitious scope, the future looks bright for this development in medical technology.