Robotics, nanotechnology and 3D printing have long since moved from the realm of science fiction to fact, but their potential in the automated manufacture of medical devices has only just begun to be realised. Scott Thiel, associate director at Navigant, discusses the realities, challenges and prospects of automation. 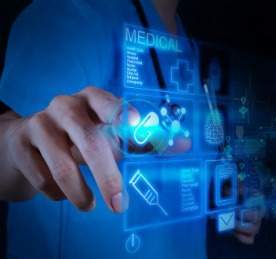 The earliest medical devices are centuries old: the magnifying glass, invented in 1250 by Roger Bacon; the flexible catheter, invented in 1752 by Benjamin Franklin; and René Laennec’s stethoscope from 1815. Sanctorius of Padua’s pulsilogium, a device used to measure pulse rate with the help of a pendulum made from a cord and a weight, represents the first interaction between man and a medical device for the purpose of measuring a physiological parameter; it dates from the 17th century.

The manufacture of devices has been affected dramatically in the past two decades by many factors: advances in technology; regulatory demands; changes in the practice of medicine related to screening, diagnosis, and therapy; increased understanding of existing diseases and emergence of new ones; concerns for patient safety; competitive demands (time to market and cost); the need for uniformity across what are sometimes millions of units of simple, single-use medical devices; the ability to assemble ever-more-complex devices; developments in device miniaturisation; cost pressures from payers; the need for greater flexibility due to shorter product life cycles and small batch runs; and, as devices more frequently become a part of us, the need for devices built in clean rooms.

These factors, taken together, have contributed to the accelerated growth of medical device manufacturing automation, which offers opportunities for higher quality, greater consistency and lower costs than traditional worker-staffed assembly lines can produce. Manufacturing automation includes a wide range of technologies, including robotics and expert systems, telemetry and communications, electro-optics, cybersecurity, process measurement and control, sensors, wireless applications, systems integration and test measurement. Manufacturing automation can also exist in a smaller footprint and in environments not so conducive to humans.

At the cutting edge of automated manufacture is 3D printing, which works by building an object layer upon layer. While many of us are familiar with research into the 3D printing of tissue-based heart valves, ears, artificial bone, joints, menisci, vascular tubes and skin grafts (a field known as ‘bioprinting’), it may be surprising to learn that there are already an estimated ten million 3D-printed hearing aids in use worldwide. And automated manufacturing via 3D printing is fast: the German company EnvisionTEC has a system that can print 65 hearing-aid shells in 60-90 minutes.

MEMS (micro-electromechanical systems), miniaturised devices too small to be assembled and tested by humans, are also at the forefront of automated medical device manufacturing. These tiny mechanical devices include sensors, motors, nozzles and valves, some of which fit onto the surface of computer chips. According to Yole Développement, the MEMS market is valued at approximately $12.5 billion and is expected to reach $19.5 billion by 2017. While such devices may seem futuristic, some are already being marketed, while others are undergoing clinical trials.

"At the cutting edge of automated manufacture is 3D printing. There are already ten million 3D-printed hearing aids in use worldwide."

For example, Proteus Digital Health manufactures a wireless system named Helius, which features an ingestible MEMS sensor used to monitor pill ingestion. After the tagged pill is taken and reaches the stomach, an RF signal is generated and sends a unique number to a wearable patch receiver, which stores the number and time of detection. The patch then transmits the data wirelessly to the user’s mobile phone. The device is currently cleared by the FDA for use with placebo drugs.

Currently in clinical trials, Senseonics’ continuous glucose monitoring system uses an implantable MEMS device that measures the fluorescent change in a glucose-indicating polymer on its external surface; an embedded LED is used to excite the polymer. Second Sight’s Argus II retinal prosthesis system, used by people with inherited blindness, features a MEMS electrode array that emits small pulses of electricity to stimulate the retina’s remaining cells using information from a video camera, helping the user in the recognition of doors and pavements. Finally, Given Imagings’ PillCam SB is a welcome advance in endoscopy – it’s a pill-sized camera that can be ingested by the patient to allow clinicians to have a look inside the small bowel.

MEMS devices are also used in drug delivery devices, neurosignal detection and neurostimulation applications. Lab-on-a-chip and miniaturised biochemical analytical instruments are being marketed as well. MEMS pressure sensors are quite common and are used in a wide variety of applications including:

Automated manufacturing has brought improvement in form and function to more common medical devices. For those familiar with the look and feel of the user interfaces of devices of old, current devices will come as a surprise. For example, the Tandem Diabetes Care t:slim insulin pump sports a smartphone look, touch screen and a wide range of smartphone-like accessories (cases, screen protectors, charger cables and so on). As concerns function, most (if not all) knee and hip implants have been manufactured using automated processes since the late 1990s, with manufacturers experiencing improved product quality, tighter tolerances and greater product consistency.

The current challenges to the automation of medical device manufacturing are numerous. They include:

3D printing: the 3D printing of medical devices is expected to play a huge role in the future of medical device manufacturing automation, with prosthetics, orthotics and implantables being produced from a wide variety of materials, including synthetic, human and animal tissue .

MEMS: with promising applications around the convergence of health information technology and medical devices such as the aforementioned Helius system, MEMS looms large in the future of smart devices. Specialised automated manufacturing equipment will be necessary to bring these new devices to market on the scale anticipated.