The interaction between a device and the surrounding tissue at an orthopaedic implant interface is critical to the device’s success or failure. Dr Tolou Shokuhfar, assistant professor of mechanical engineering at Michigan Technological University, and director of In-Situ Nanomedicine Laboratory, explains how advances in nanotechnology might improve the biological performance of bone implants and reduce infection rates. 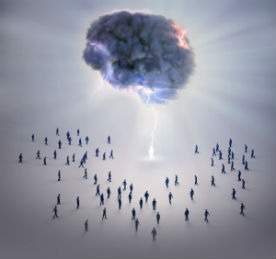 Orthopaedic implants are nothing new. Having been used in one form or another since the Middle Ages, these devices have a long precedent in repairing fractures, properly aligning bones and improving skeletal stability. Today, around 700,000 knee replacements and 350,000 hip replacements are performed each year in the US.

This figure is expected only to grow – in part due to an aging population, but also due to improvements in the implants themselves. In the UK, the average age for total knee arthroplasty patients fell from 70.6 years old in 2004 to 67.5 in 2010, reflecting the increased longevity of the implants and the associated spike in patient demand.

Unfortunately, while these devices have given many patients a new lease of life, they are far from infallible. It is estimated that 0.2-2.2% of hip replacement patients suffer from infection, a figure that rises to 5% among those who have received reconstructive devices for a broken bone. Implants are also prone to loosening, with around 100,000 cases of non-union and over 500,000 fractures with unusually slow union recorded in the US each year.

"Failure is most often caused by loosening or recession of the bone, or inadequate implant fixation and degradation at the bone-implant interface," explains Dr Tolou Shokuhfar, an assistant professor of mechanical engineering at Michigan Technological University and director of In-Situ Nanomedicine Laboratory. "This can cause chronic inflammation and infection, and if these are improperly treated it might lead to repeat surgery."

While implant designers have long considered the implant’s large-scale structural properties, it is only recently they have paid attention to the biological aspects of bone healing. Here, the aim is osseointegration: the formation of a direct structural and functional connection between the device and the patient’s bones.

This is easier said than done. The implant must be able to offer physiochemical compatibility and mechanical stability, providing enough strength and stiffness to get the job done without effecting stress-shielding (a reduction in density) in the adjacent tissue.

It must be also able to seamlessly meld with the bone by providing a congenial environment for cell growth and proliferation, while fending against microbial infection. An implant designer must resolve these conundrums, paying attention to the architecture of the device at every level of complexity.

The idea is to come up with a solution that’s cost-effective, green and as simple as possible, but which addresses as many possible issues related to implant failure as we can.

The focus is therefore beginning to shift away from the large and towards the very tiny. While implant designers do need to look at the overall structure of the tissue, alongside microsized structures such as osteons and lamellae, they are starting to acknowledge the number of cellular activities that take place on the nano scale. As a result, biomaterials with nanosized features are coming to assume an important role.

Shokuhfar has two patent applications pending, and has spent her research career breaking ground in this field.

"What I focus on is using nanotechnology to overcome the current problems related to orthopaedic implants," says Shokuhfar. "The targeted markets that can really benefit from our technology include any implant that makes direct contact with the bone, which are hip, knee, dental and maxillofacial implants, altogether totalling around four million devices.’

"The idea is to come up with a solution that’s cost-effective, green and as simple as possible, but which addresses as many possible issues related to implant failure as we can. That’s why we’re calling it a multifunctional solution for the next generation of bone implants."

Her work focuses predominantly on nanotubes – cylindrical, hollow structures made from carbon or metal oxides, which measure 1-800µm across and are up to 132 million times as long. When they are etched onto the surface of an implant, the layers of tubes provide a good simulacrum of the surrounding cell environment.

"Our system is not a coating; rather, it’s an etching process," explains Shokuhfar. "It benefits the bone interface because it mimics the bone structure, meaning the bone cells can interact better with the surface. We can treat the surface with different antimicrobial or anti-inflammatory agents and provide multifunctional benefits."

Aside from improved levels of osseointegration, one benefit is a shielding or scaffolding effect. When certain nanotubes are used (especially those made from carbon or boron nitride), they provide good sheer resistance and compressive strength.

Meanwhile, the antimicrobial properties stand to slash the risk of post-surgical infection, which is responsible for over 40% of implant failures. Although implants are routinely sterilised with great care, the body is sometimes its own worst enemy in this respect: by secreting healing serum proteins, which help repair damaged tissues, it gives microbes the chance to thrive. Nanotubes, however, can be loaded with anti-inflammatory drugs or antimicrobial agents that target specific cells and release the drugs in response to changes in temperature or pH. This mechanism can be carefully controlled to ensure the right amount of a drug is released to the right location, over the correct period of time. This would reduce the side effects associated with oral or parenteral routes of administration.

"The product we are envisioning is a smart implant that could be customised to the needs of the patient," explains Shokuhfar. "So if you have a patient with osteoporosis, they might not currently be a very good candidate for hip or joint replacement. But with no change to the surgical methods, this implant could be loaded with the drug they need, meaning they can get the benefits. This also applies to patients who have higher risks of infection and inflammation and higher risk of failure."

Nanotubes are still subject to certain safety concerns that must be addressed before they can be used on a wider scale. The depositing of nanoparticles in the human body can lead to chronic diseases such as fibrosis of the lung, for example. It may be possible for nanotubes to disintegrate and the debris to disperse in this way. There are also concerns relating to toxicity, DNA damage and carcinogenesis.

Even the proposed antimicrobial agents have been subject to scrutiny. Silver, for instance, has been widely valued for its antibacterial properties – but past a certain concentration level it can damage cells, especially in an ionic form.

Our system benefits the bone interface because it mimics the bone structure, meaning the bone cells can interact better with the surface.

At this stage, it is hard to weigh up how much of a risk these technologies might actually pose. Most studies are carried out in vitro rather than in vivo, offering only rough approximations of how the implant is likely to behave in a patient’s body.

However, advances are occurring in this field all the time, with researchers exploring a number of new strategies as well as new testing methods, such as the organ-on-chip. Already, the biomaterials industry is booming, having seen its turnover increase from approximately $100 billion in 2008 to $250 billion in 2014. Should present trends continue, the next few years are likely to see a flurry of developments.

Shokuhfar, for her part, has published data confirming that her nanotubular surfaces are mechanically and electrochemically stable: a contention backed up by in-vivo studies in animals.

Shokuhfar has worked with the UIC College of Dentistry to develop a dental implant etched with titanium dioxide nanotubes. The implant has been shown to enable better growth and adhesion of bone cells, as well as incorporating a drug delivery system for the anti-inflammatory drug sodium naproxen. It would also be laced with silver nanoparticles, killing the bacterial colonies that can build up within the dirty environs of the mouth. Having received a provisional patent, Shokuhfar feels commercial applications are not too far afield.

"We have a patent application in the US and another internationally, and we are working with different companies for licensing," she says. "We need further funds to be able to do the clinical studies required by the US FDA, but after that we should be able to get further collaboration and licensing from companies and then put it out into the market. We are in the process of doing this right now."

As she sees it, nanotubes bring us a step closer to the ultimate goal of self-regenerative medicine, yielding solutions to many of the problems that have plagued the field to date. These devices could save money too, not only slashing the typical costs of production but also eliminating the financial burden of failure and follow-up surgeries. "The implant usually survives for 15-20 years, and if the body response is not as it should be, it can have a lower lifespan," she says. "But with this implant, we are hoping it would stay for a lifetime, because it would start to heal faster and integrate better with the bone, and there would be less risk of inflammation and infection. All the major causes of implant failure would hopefully be reduced with this method, and it could be targeted at patients who don’t currently see the benefits."