The future of medical device manufacture is automated

The use of robotics in the manufacture of medical devices has many benefits, including repeatability, flexibility and reduced labour costs, writes Nic Paton. But there are drawbacks too, and any advances will take time, warn Mike Wilson of the British Automation & Robot Association and Todd Olson of NACS. 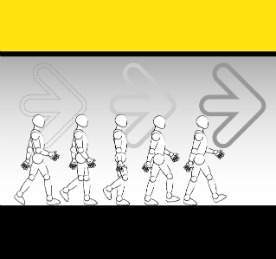 It stands to reason that the correct application of process automation can help to drive efficiency and cut costs, whatever it is you’re manufacturing. Industries such as aerospace, automotive, plastics and pharmaceuticals have long been pioneers in the use of robotics and automation technology to increase productivity and reduce manufacturing costs. Process automation is increasingly becoming the norm within the medical device arena too, driven by the need for standardisation and consistency as well as the attraction of better throughput, greater efficiency and reduced costs.

Indeed, statistics published by the International Federation of Robotics have suggested that 2011 was the best year for industrial robots since 1961, with the industry bouncing back from the disruptions caused by the financial crisis of 2009 and reporting sales up 38% to 166,028 units.

Within medical devices specifically, there can be significant challenges when it comes to making the transition to process automation.

The medical device R&D process is notoriously slow and expensive, meaning the transition to automation needs to sit comfortably alongside the regulatory process. Issues such as whether the automation process needs to be located within a cleanroom may also need to be considered. Any transition to automation, too, needs to be squared against commercial imperatives in the sector, such as the need for greater flexibility, shorter product lifecycles or smaller batch sizes.

Nevertheless, process automation is becoming increasingly popular in many device areas. For example, Mike Wilson, chairman of the British Automation & Robot Association, cites the example of orthopaedic implants, such as knee and hip joints, where the surface finish is critical and irregularities can lead to wear or reduce joint life. In this arena, six-axis robots are now being used by many implant manufacturers for their grinding, polishing and buffing operations, he points out: "Medical device manufacturers are embracing automation and robotics much more than they used to. But an awful lot of them are still using more dedicated automation for manual operations rather than perhaps considering a more flexible robotic option.

"If you have a contract to develop a device, you can probably develop a bespoke piece of automation to help manufacture that device and from that achieve a reasonable payback.

"A robotic solution may cost more, and so in terms of making the business case may be harder to justify in the short term, but if you have a bespoke solution and then two years down the line the device needs to change, you’ll probably have to throw it away. A robot, by comparison, could possibly be reconfigured.

"Using a robot can be an inherently more flexible solution. It makes it much easier to design your handling systems."

"That message is now getting through in some countries – Asia, France, Germany, the US and so on – but the UK is still behind on this, although admittedly that’s not just in the medical devices area.

"One area where automation is increasing is in testing and packaging," Wilson adds. "For example, in an area such as inhalers where you need to test every device or a sample, using a robot can be an inherently more flexible solution. It makes it much easier to design your handling systems."

But, when looking to apply or even introduce process automation, what questions should device manufacturers be asking in order to select what’s best for them?

"The first question you need to ask is what sort of volume you are looking for," says Todd Olson, president of US robotic and automation firm NACS. "And then: is it at a high enough level to support automation? It can still make sense even if you have lower volumes – for example if the process is otherwise fairly dangerous for the operator – but generally process automation most comes into play when there are high volumes.

"Automation can particularly be a viable option if you are manufacturing small parts in high volume," he continues. "When you get into two to three or four million-plus parts being manufactured then you start to get into the realm where automation makes significant sense. Automation can also help a business compete and generate a more level playing field when you are up against an economy that has much lower labour costs – for example, China.

"The biggest focus for automation generally will be on the assembly phase, when you are putting the device together. But process automation can also have an important role to play in the context of automation plus packaging; in other words, linking your automation on the production line to the packing process. It simply makes sense to combine the two if you are doing it already," Olson adds.

"You can, of course, get a lot more consistency and reduction in variability, which can help with compliance and standardisation, but probably the main advantage is reduced labour costs. Another benefit can be increased throughput. Ultimately, if you throw automation dollars at something, you will bring down your costs.

"Repeatability is also important, especially in an area such as medical devices where you will have devices being made for very different operators, often geographically far apart, but even if operators are in the same country, you will get variability from operator to operator, especially if you have tight tolerances."

"So, for example, what are the incoming tolerances and are you achieving them? How good is the control of your existing processes? Are you willing to put the necessary time and training into it to bring your staff up to speed on this sort of technology, as it does need a certain amount of in-house expertise?

"Robots will in time become even more adaptable, with more vision and touch-sensitivity until they can even start to make decisions."

"Then there is the question of how you handle the move into automation itself," continues Wilson. "Do you just pick and choose a device and do it in a self-reliant way, or do you work more towards a partnership with a vendor? Particularly for people coming into this for the first time, they may not know all the ins and outs, so it can be important to get advice fairly early on in the process.

"A provider, too, may know all about the automation but not have such good knowledge of the surrounding issues affecting your side, so it very much needs to be a partnership. You need to look at what their experience is, what they have done in similar industries. You also need to look at their organisation – what can they provide you? It is not just about service after the event, but about how the relationship is going to work from start through to finish.

"Are they, for example, large enough to help you develop the right solution, put a plan together then help you implement it and support it thereafter? What, too, will happen if the product or device has to change – will they be able to help adapt the robot for you? It can sometimes be worth paying a little more upfront to get that sort of flexibility and approach later on."

So what is the future of automation in this context? Olson, for one, points to the development of more "collaborative automation", where robots actually facilitate process control but also become the primary source of manufacturing data and information.

"Things are constantly evolving," he says. "When you have collaborative automation, you can be much more flexible because you can work closer together and change over tooling more quickly to different operations; you can just do more things."

There will be advances, too, in robots with vision systems and more laser scanning.

"Robots will in time become even more adaptable, with more vision and touch-sensitivity until they can even start to make decisions, for example, as to whether they need to change a tool," Olson forecasts. "Robots are indeed getting smarter and smarter."

"For the future, I don’t think we’re going to see any huge step changes coming through imminently," adds Wilson. "There will always be advances in technology. Force-sensing, by which you can measure and control the force exerted, is becoming a more popular option, as it makes things such as polishing potentially much easier.

"There’s work going on around packaging solutions, creating faster robots with greater capability," he adds. "There’s also work on vision systems, which are reducing in cost while capability is increasing. This could be an important part of quality and product control."