The fine print – the advent of additive manufacturing

Additive manufacturing is promising to change the face of automated medical device assembly, but how can the industry best exploit this technology? As increasing numbers of manufacturers make inroads into 3D printing, Newcastle University’s Professor Kenny Dalgarno takes us past the hype, speaking with Natalie Healey about the products already proving a success and what manufacturers can learn from their achievements. 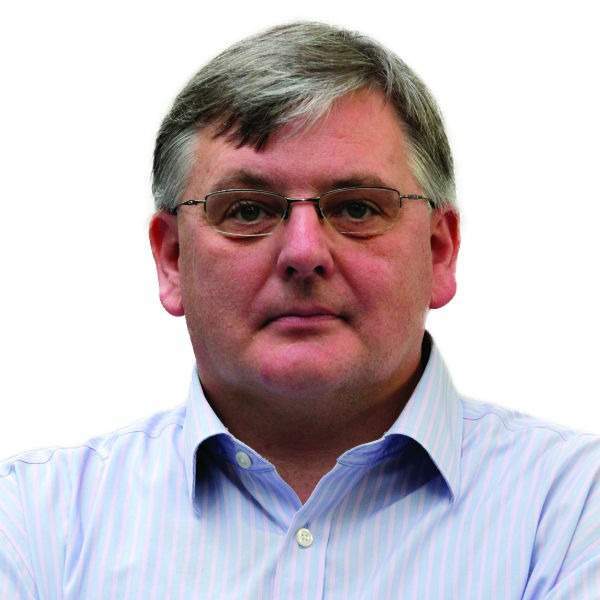 A 3D-printed electronic glove that could potentially keep a heart beating forever made the news recently, further fuelling the hype surrounding additive manufacturing and its impressive applications. Researchers used the technique to create a prototype membrane to fit onto a rabbit’s heart and keep the organ operating perfectly outside the body. Unlike a conventional pacemaker, the novel device can be custom-made for a snug fit, increasing the efficiency of the detection and repair of troubling cardiac problems.

While it’s hard not to get excited about such developments, it will no doubt take a long time for an experimental product like this to make it anywhere near the clinic. But what some people might not realise is that the 3D-printed medical revolution is already taking place outside the laboratory.

Her Wilmington Robotic Exoskeleton (WREX) was 3D-printed out of lightweight plastic, custom-made to meet her requirements and can be easily replaced with an adapted model as she grows.

"In just over two decades, additive manufacturing has grown from a niche technique to a $2-billion industry with huge potential for even further exponential growth."

The product enables her to lift her arms, and she can now join in with the same activities as her peers. Beyond pleased with the orthosis, she has dubbed it her "magic arms".

Back to the future

3D printing might only be just entering the public’s consciousness, but, for most medical manufacturing professionals, it’s hardly a novel concept – they’ve been experimenting with it for decades.

Professor Kenny Dalgarno, from Newcastle University in the UK, is one man with considerable additive manufacturing know-how. He’s involved in numerous projects looking to harness its applications in medical devices, from foot and ankle orthoses to tissue engineering strategies for treating osteoarthritis.

"The first 3D printing machines were launched in the late 1980s, and then myself and a few other researchers around the country worked away on them for many years without anyone else knowing anything about the technique," he says. "So there’s been a lot of work over lots of years for it suddenly to turn up in the public eye in the way it has recently."

He says in just over two decades, additive manufacturing has grown from a niche technique to a $2-billion industry with huge potential for even further exponential growth. And medical applications are set to account for a significant share of that expansion – some industry analysts predict that, by 2019, the sales of 3D-printed products for this market alone will reach $2.8 billion.

But Dalgarno is keen to point out that a common misconception about the method is that it’s just one single technique. "There are at least 40 different types of additive manufacturing machines in common use and probably another 200 that are less widespread," he says.

What they all have in common, though, is the basic concept. 3D printing uses computer-aided design (CAD) to create 3D objects that are then printed using computer-aided manufacturing (CAM). The machine prints layer upon layer of materials, from polymers to metals and even ceramics, sequentially bonded to each other until the product is complete.

Its main advantage lies in the shapes that can be created – shapes that can’t be realised with conventional manufacturing. Because you can produce almost any form, the process has implications for customised products. It’s this feature that medical device manufacturers are enthusiastically exploiting, and some companies are already proving remarkably successful.

"We can customise the overall shape, the porosity and the overall kind of structural performance of the devices towards a particular desired outcome," says Dalgarno. "You get a lot of freedom in terms of what you can do and the internal architecture of the device."

The technology can allow healthcare professionals to provide personal medicine in a way that could never have been imagined before. A component can be structurally optimised for application, its geometry adapted so the medical device fits a patient like a glove, as with the experimental pacemaker, resulting in increased comfort and satisfaction.

One of the first sectors to have reaped the benefits of the technology is the dental industry. Dalgarno cites orthodontic company Invisalign as a true pioneer in the field. The organisation uses additive manufacturing giants 3D Systems to produce custom transparent braces that are now available in many dental surgeries around the world.

"Fifty million individual liners have been made. They’re all unique products, made on the basis of an impression of the teeth taken at the dentist," he says.

But perhaps the most prominent example of a device that has evolved dramatically with the introduction of the technology is a less glamorous but arguably more fundamental product: the humble hearing aid. Once a one-size-fits-all device, the modern counterpart is now unique to its user.

"What’s inside the shell is the same every time, but the packaging to fit inside your ear is customised. That gives better performance, and people feel a lot happier about it," says Dalgarno.

The significant impact of the personalised product’s enhanced comfort for the user means additive manufacturing now dominates the market for in-the-ear aids. It’s estimated there are now ten million of these devices in worldwide circulation.

Dalgarno’s main research interests tend towards the musculoskeletal system. One of his major projects has been working with nearby organisation Peacocks Medical Group to launch the first additive-manufactured orthoses, devices worn outside the body to provide support and realignment of bones and muscle.

Disabling foot and ankle conditions affect approximately 200 million Europeans, and more than €300 million each year is spent treating patients with insoles and splints. These devices generally rely on handcrafted manufacturing techniques, which are slow, costly and difficult to reproduce. So researchers and companies involved with the venture wanted to see how they could bring the strengths of additive manufacturing to these corrective products. Using direct digital scanning technology with CAD-CAM design, they were able to manufacture customised orthoses far faster than the traditional process, decreasing the lead time from two weeks to just 48 hours.

The speed is obviously advantageous, but there are other benefits companies like Peacocks Medical Group are also looking to capitalise on.

"One advantage we wanted to exploit with additive manufacturing is that you can consistently manufacture the same product," observes Dalgarno.

He says there’s a perception in the industry that different orthotists would often interpret a patient’s prescription in a unique way, rather than there being a consistent approach across the profession.

"Companies that have achieved the most success are ones that properly understand the process and integrate it into their existing methods to produce a better product."

"Getting it right first time was something the industry felt it wasn’t always doing," says Dalgarno. "Being able to establish some design rules that could be exploited within additive manufacturing meant the whole system could be much more defined, consistent and controllable in terms of the delivery of those medical devices."

It’s important not to overlook the opinions of patients who will benefit most from these features, though, according to Dalgarno, they tend to be enthusiastic about additive manufacturing too.

Being directly involved in the research activity allows them to see value in the technology’s ability to generate something that’s customised to them. He believes this can be quite empowering for someone with a disability.

"It becomes a very useful way to engage patients in understanding what the device is for and how it’s been engineered for their individual condition."

Keen to take the technology even further, Dalgarno and his colleagues at Newcastle are now designing systems that support the body not from the outside but instead from within. With an aging population, the need for such solutions will become increasingly relevant.

As part of the new Centre for Innovation Manufacturing in Medical Devices (MeDe Innovation), the researchers, along with clinicians and industrialists, aim to revolutionise treatment of musculoskeletal conditions, where bones and cartilage need repairing. Instead of completely replacing the body part, the research will be focused on helping the body’s natural repair mechanisms do more, using biological implants to support these processes.

"Over time, the body replaces the implant with new tissue. So, for example, we could use 3D printing to replicate tissue structures and stimulate the body of a patient with rheumatoid arthritis to replace damaged joint tissue," explains Dalgarno, who is also deputy director of the recently opened centre.

Examples like the ones above undoubtedly demonstrate the powerful benefits additive manufacturing offers to the medical sector, but there remain a few challenges to be ironed out before the technology can be exploited for treatment of even more conditions.

For Dalgarno, the most significant hurdle is the limited range of materials that can be used. Only a small number are FDA-approved for devices, and the technology to produce implants in some biocompatible material is still lacking.

"I think people come to additive manufacturing expecting to be able to do whatever they want with their material of choice, but that’s not always the case," he says.

Medical device manufacturers can get round this problem by first printing the 3D-printed shape in an approved material before going through some subsequent processes to get that form in the more desirable substance.

Dalgarno also reckons the companies that have achieved the most success with additive manufacturing technology are the ones that properly understand the process and integrate it into their existing methods to produce a better product.

"You have to think about how the whole product offering is going to work, and what skills and techniques you need in different areas," says Dalgarno. "There needs to be a focus on training and research as well. There are specialist CAD suppliers who can support people and allow them to best exploit these tools."

As the technology moves forward, more materials become FDA-approved and researchers become more confident using the technique, meaning further opportunities are likely to continue opening up for the medical device industry. With various groups now working on ambitious 3D projects, such as attempting to incorporate many drugs into a single tablet, or even printing whole replacement organs, seemingly endless possibilities await the sector.

"I think we have some really good examples of how additive manufacturing can be used effectively within medical devices. There are still parts of the industry where I don’t think we’ve yet scratched the surface, but there’s a lot of potential for growth," Dalgarno concludes.