As healthcare systems contend with tightened budgets, every box on the balance sheet counts. Increasingly, health technology assessments are viewed as the best way to make economic appraisals but, given the uneasy relationship between cost containment and innovation, are they in fact a help or a hindrance? Medical Device Developments investigates. 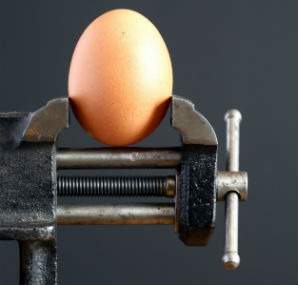 Healthcare spending is under pressure. With resources stretched to breaking point, European healthcare systems face the dual challenge of tight budgets and an aging population. Factor in the growing prevalence of ‘lifestyle diseases’, such as diabetes, which require long-term medical management, and it is clear that decision-makers have to be smart about where they invest their money.

In practice, this means that, before any new device is rolled out or existing practice altered, the funder needs to be secure in the knowledge that their investment is worthwhile. Will it bring value to the patients and the healthcare system alike?

Will it do a better job than what’s in place already? Policymakers need to distance themselves from competing sales pitches and make a truly evidence-based economic appraisal.

Health technology assessments (HTAs) are therefore assuming an increasingly critical role across the med-tech sector. Designed to act as a bridge between evidence and policymaking, such assessments aim to provide accessible information that will, in turn, guide the decision-making process. Here, we run through some of the ways that HTAs affect market access for medical devices.

1. How did the health technology assessment come into being and what role was it designed to play?

HTAs first emerged in the US in the 1970s, when demand was surging for computer-assisted tomography (CT) scans at exorbitant cost to the provider. Healthcare spending became a public policy issue, and reviews were duly conducted to see whether pricey new technologies could be justified. HTAs have been evolving ever since.

Today, alongside regulation and management, HTAs play a key role in ensuring the appropriate introduction and use of medical devices. They are designed to weigh up the costs against the benefits, asking how the device compares with others already available. In principle, they should stop decision-makers from overlooking any truly efficacious technologies.

According to the International Network of Agencies for Health Technology Assessment, HTAs can be defined as follows: "The systematic evaluation of properties, effects and/or impacts of healthcare technology. It may address the direct, intended consequences of technologies as well as their indirect, unintended consequences.

"Its main purpose is to inform technology-related policymaking in healthcare. HTA is conducted by interdisciplinary groups using explicit analytical frameworks drawing from a variety of methods."

2. How are HTAs conducted and what sort of factors are they looking to ascertain?

There are no hard and fast rules when it comes to HTAs. It is an umbrella term reflecting a wide range of methodologies, and different countries have different procedures in place. However, in general, an HTA asks questions, including:

For medical device manufacturers, the earlier they start asking these questions the better – ideally, they would factor them in at the developmental stage, before their devices have achieved marketing authorisation.

It’s important to note that HTAs are separate from regulation. As described in a 2011 report by the World Health Organization (WHO): "Very close links between regulation and HTA on a country level will lead to a very superficial use of HTA not conducive to evidence-informed decision-making. Furthermore, HTA cannot support innovation if it is amalgamated with regulation."

3 When assessing the costs and benefits of a particular health technology, how can decision-making bodies succeed in determining whether the technology is worthwhile?

HTAs are quite complex appraisals, given the number of factors that need to be weighed up. It is not a simple matter of looking at the device’s price tag. Rather, the assessing body will need to look into the wider benefits (medical, economic, social and ethical) and ask how those will play out in the long run.

The figures are likely to prove inexact because not all metrics are strictly quantifiable. Broadly, however, this is about thinking laterally rather than focusing on upfront costs. For instance, if more expensive technology leads to fewer bed days in hospital, could that actually save money over time? Through exploring these more indirect elements, HTA agencies can aim towards a truly holistic appraisal.

4 What are some of the difficulties associated with implementing HTAs in the med-tech sector? How can cost containment be balanced with innovation?

While the med-tech sector is generally supportive of HTAs, there are also some widely voiced concerns. Back in 2008, Eucomed stated that policymakers should consider how HTAs impact upon the environment needed to foster medical device innovation.

As remarked in its HTA Position Paper: "If HTA introduces significant new challenges to market entry, then there is the potential that this may impact on the rate of innovation in the device sector, which already faces a number of challenges. Intellectual property associated with medical devices is less well protected than patents on new medical compounds. In addition to this, medical device development is characterised by iterative improvement of technologies, resulting in a more rapid life-cycle and increased competition."

"If more expensive technology leads to fewer bed days in hospital, could that actually save money over time?"

Problems tend to arise where assessing bodies are poorly briefed in medical devices. For instance, they may request evidence from randomised controlled trials, but that isn’t always possible in such a fast-evolving sector. They need to ensure the data they are seeking is applicable to the technology in question, keeping in mind that medical devices are quite distinct from pharmaceuticals and have their own sets of regulatory requirements.

Another issue is overly strict assessments. Intense focus on cost containment, at the exclusion of the wider benefits, can create a real block to research and development and stray from the desired objective of delivering optimal value.

As ever, appropriate use of the HTA is key. When conducted wisely, they can act as a spur to invention rather than as a hindrance, flagging up healthcare needs that are not being properly addressed. Through identifying gaps in the market, HTAs may help medical device manufacturers better target their R&D activity.

5 What kinds of HTA strategies do different countries have in place?

At the Sixtieth World Health Assembly in Geneva (2007), Member States were urged to "formulate as appropriate national strategies and plans for the establishment of systems for the assessment, planning, procurement and management of health technologies in particular medical devices, in collaboration with personnel involved in health-technology assessment and biomedical engineering".

As such, accepted practices differ intensely between one nation and the next. This variability is a matter of some controversy: one study found that, because of differences in HTA procedures, France and Belgium did not mean the same thing by "added value responding to unmet medical need". This led to inconsistent healthcare access for patients.

In England and Wales, the National Institute for Health and Care Excellence (NICE) has adopted the Medical Technologies Evaluation Programme, which selects and evaluates new medical technologies and advises the NHS accordingly. The two areas explicitly under scrutiny are clinical effectiveness and cost effectiveness.

Meanwhile, France recently introduced new social security legislation that has the potential to alter the HTA landscape. As of October 2013, economic health evaluations are compulsory in many instances. Rather than emphasising the severity of the condition being treated, the new evaluations prioritise the efficacy of the device in question. The change came as no surprise to those who followed the PIP breast implant scandal in 2012.

6 How can medical device manufacturers ensure that HTAs better serve their needs?

As described in the WHO report: "Over the last decades, HTA has emerged as a powerful paradigm for institutionalising evidence-based and evidence-informed decision-making for health policies… HTA is an important tool for supporting these core functions of an effective global health system. Actions by the WHO and other global health organisations are needed to support the effective development of HTA."

From an industry point of view, collaborating with HTA agencies is key. As Eucomed describes it: "The relationship between HTA and innovation should be synergistic," meaning the benefits don’t all run one way. While there may be a temptation to view these assessments as an extra layer of complication, HTAs are theoretically designed to pinpoint the best and most useful devices.

HTAs factor heavily in the third European Commission health programme (2014-20), which aims to foster cooperation between member states as they develop healthcare policies. Building on the two previous health programmes (2003-07 and 2008-13), the new initiative explicitly promotes the uptake of innovation in health and views HTAs as key to achieving this goal.

Of course, their success within healthcare economics depends on how appropriately they are used, but, adeptly applied or otherwise, it is clear that HTAs help determine which devices make it into our hospitals. Through determining the conditions of market access, they play a key role in shaping the course of innovation across the EU.