The use of peracetic acid, ethylene oxide and other low-temperature steam-sterilisation techniques could benefit high-volume sterilisation of medical devices. But the problems of steam sterilisation are many, and it’s is often regarded as a challenging endeavour. Medical Device Developments explores several industry techniques being trialled, and how they could improve the speed and safety of sterilisation, particularly with endoscopic tools. 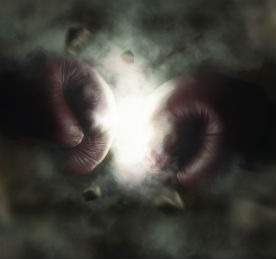 CDC lists low-steam and low-temperature sterilisation techniques as the de rigueur choice for labs, hospitals and other environments where safety must be mixed with cost and efficiency.

Low-temperature steam sterilisers currently play a pivotal role in many labs’ research capabilities and throughput as an essential part of the cleaning and safety processes. They are best at making sure overheating of certain products is not accidentally set in motion, which could lead to devices becoming degraded and possibly unsafe.

Most laboratory steam sterilisers operate in the range of 120–135°C. However, some units can be configured to run cycles in temperatures as low as 60°C to accommodate objects that are heat-sensitive and heat-coagulable. Units with the capacity to operate at lower temperatures are commonly and aptly referred to as low-temperature or isothermal sterilisers.

The most famous and current ‘it’ product of the sterilisation world is ethylene oxide (EtO), which has been widely used as a low-temperature sterilant since the 1950s. The gas is most commonly used for sterilising temperature and moisture-sensitive medical devices and supplies in healthcare institutions in the US and other countries.

There are two types of EtO sterilisers available: mixed gas and 100% EtO. Until 1995, ethylene-oxide sterilisers combined EtO with a chloroflourocarbon (CFC) stabilising agent, most commonly in a ratio of 12% EtO mixed with 88% CFC (referred to as 12/88 EtO).

Since CFCs became an environmental no-go in the 1990s, following many long campaigns for them to be banned, healthcare personnel have explored the use of new low-temperature sterilisation technologies over the past two decades.

Alternative technologies to EtO with CFC that are currently available and cleared by FDA for medical equipment include 100% EtO; EtO with a different stabilising gas, such as carbon dioxide or hydrochlorofluorocarbons (HCFCs); immersion in peracetic acid; hydrogen peroxide gas plasma; and ozone.

On top of this, technologies under development for use in healthcare facilities but not cleared by FDA include vaporised hydrogen peroxide, vapour-phase peracetic acid, gaseous chlorine dioxide, ionising radiation or pulsed light. However, CDC warns, there is no guarantee that any of these new sterilisation technologies will receive FDA clearance for use in healthcare facilities in the near future, or that when they are, they will be affordable and useful in a high-volume hospital or other medical environment.

These new technologies should be compared against the characteristics of an ideal low-temperature method. While it is apparent that all technologies will have limitations, understanding the limitations imposed by restrictive device designs (such as long, narrow lumens) is critical for proper application of new sterilisation technology.

For example, CDC says, the development of increasingly small and complex endoscopes presents a difficult challenge for current sterilisation processes. This occurs because microorganisms must be in direct contact with the sterilant for inactivation to occur. Several peer-reviewed scientific publications have data demonstrating concerns about the efficacy of several low-temperature sterilisation processes (gas plasma, vaporised hydrogen peroxide, EtO and peracetic acid), particularly when the test organisms are challenged in the presence of serum, salt and a narrow lumen vehicle.

In the US, some states (California, New York and Michigan, for instance) require the use of EtO-abatement technology to reduce the amount of EtO being released into ambient air by 90.0–99.9% depending on the state. The US Occupational Safety and Health Administration regulates the acceptable vapour levels of EtO (1ppm averaged over eight hours) due to concerns that EtO exposure represents an occupational hazard. These constraints have led to the development of alternative technologies for low-temperature sterilisation in the healthcare setting.

As well as EtO, vaporised peracetic acid (VPA), can be used at room temperature. A common format for using VPA is injecting it into a pressurised chamber. Room-temperature VPA delivery greatly improves material compatibility over other sterilisation methods that incorporate heat, such as hydrogen peroxide, EtO and gamma/e-beam irradiation.

Then there is PAA, a mixture of peracetic acid, hydrogen peroxide, acetic acid and water. PAA can be used as an oxidant in chemical processes, or as a bleaching agent. However, most of the PAA sold in North America is used as an antimicrobial, disinfectant or biocide. The mixture was introduced more than 35 years ago and is recognised as a potent sporicide that does not require elevated temperatures. PAA is a highly biocidal sterilant that maintains its efficacy in the presence of organic soil while it removes surface contaminants.

The differences between these two techniques have been argued over for some time now. Academics William Rutala and David Weber from the University of North Carolina at Chapel Hill published several papers over the past 20 years that focused on comparative evaluations of the sporicidal activity of new low-temperature sterilisation technologies, namely, EtO, two plasma-sterilisation systems and liquid peracetic acid.

Dr Rutala is a world expert on the topic of medical device sterilisation. He is the director of the Statewide Program for Infection Control and Epidemiology, and head of the occupational health and safety programme at the division of infectious diseases at UNC School of Medicine. Several of his studies have focused on evaluating the efficacy of low-temperature sterilisation technologies such as EtO with HCFCs, a liquid peracetic acid immersion system, and two plasma-sterilisation processes that use vaporised hydrogen peroxide.

In his most publicised research on the subject, he states that vaporised-hydroxide systems potentially improve steriliser efficacy by using two cycles of a diffusion stage and a plasma stage each sterilisation cycle.

After extensive testing, the results demonstrated that EtO with HCFCs, vaporised acid and the peroxide half-cycle were highly effective in killing 10(6) B stearothermophilus spores present in the centre of narrow-lumen stainless steel tubes.

They also showed that as the lumen diameter decreased with the lumen test unit, the peroxide demonstrated reduced ability to kill B stearothermophilus spores present on the carrier. At the smallest diameter tested (1mm), the vaporised-peroxide system failed 74% of the time. The peracetic-acid immersion system was not effective in completely eliminating the 10(6) inoculum under test conditions.

Rutala and his team’s conclusion from this study is that hydrogen peroxide was significantly superior to the appraised peroxide system and equivalent to EtO with HCFCs. They also ascertained that the introduction of this new peroxide system should improve the margin of safety and reduce processing costs by its use of a shorter cycle time. The peracetic-acid immersion system is limited by diffusion of the chemical sterilant into the interior of the lumen test unit.

Use in endoscopic tools

At the recent Annual Infection Control, Sterilization & Decontamination in Healthcare Congress 2017 in London,  a presentation from industry player Steris showed the problems with using these techniques – and the problems of taking these ideas from the theoretical to the practical.

Many of those in the industry spoke highly of the numerous advances in sterilisation, but reported that they were held back by less enlightened colleagues, a framework that encourages box-ticking training, and a host of funding issues that prevent the uptake and use of new sterilisation techniques from being implemented effectively. One of the most common sources of problems for sterilisation techniques – and a routine bugbear for those in the industry – is the use of these procedures when it comes to the proper decontamination and sterilisation of endoscopic equipment.

An endoscopy is a procedure where the inside of your body is examined using an instrument called an endoscope. An endoscope is a long, thin, flexible tube that has a camera at the end, which can send images of the inside of the body to a television screen. Endoscopes can be inserted into the body through a natural opening, such as the mouth and down the throat, or through the rectum.

They are used primarily to remove gallstones, bladder stones or kidney stones; repair damage inside joints; repair a bleeding stomach ulcer; place a stent across an area that has become narrowed or blocked; tie and seal the fallopian tubes; remove small tumours from the lungs or digestive system; and remove fibroids, as well as a host of laparoscopic procedures.

Now, more interventions are taking place as endoscopic procedures rather than in the operating room. In other words, endoscopy is taking off due to its use in laparoscopic surgery. While this is great as it enables more keyhole surgery, which is less complex and costs less to perform, it also means that the challenge to clean and sterilise is considerable.

Those involved with endoscopic procedures see EtO as the one of the best possible futures for this technique. It is considered an excellent sterilant, with wired material compatibility, lumen penetration and a relatively low purchase cost compared with other methods. There are also negatives, however; it takes a long time for its aeration period – around 12 hours – which must be completed in a separate room for safety reasons.

Weighing the pros and cons of EtO against those of other widely used sterilisation techniques, it becomes clear why it’s popular. Formaldehyde, for example, which is still common in many sterilisation procedures even though it takes a long cycle time, requires the installation of specialist equipment, and there are concerns around aldehyde fixation. The process is still used in Scandinavia and Germany but is banned in many other countries.

The fourth remaining low-steam sterilisation technique often used in the industry is ozone sterilisation. Ozone is the most powerful oxidative agent that occurs naturally, and is able to destroy germs, viruses and microbes that may cause surface or air contamination due to its chemical make-up.

Ozone also leaves no chemical residue typical of alternative detergent or synthetic cleaners, and if handled properly – by converting ozone back to oxygen molecules – it can be an effective sterilising tool.

While ozone is regarded by many in the industry as a good product and a safer option, it is also seen as problematic because the concentration levels needed are hard to maintain.

Endoscopy will continue to grow, and so will the continued development of temperature-sensitive and process-sensitive devices, especially more complex electronic devices.

What this means is that a shift in reprocessing solutions towards faster and safer sterilisation methods will be key in this field.