The need for consistency and dimensional stability when manufacturing injection moulded parts is dependent on many process variables. One factor that is sometimes overlooked or treated lightly is the efficiency and assurance of the mould coolant control system, as Andrew Reed of Mold-Masters explains. 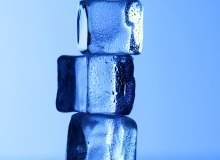 Mould temperature controllers manage the temperature of the coolant flowing through the mould, but typically cannot indicate partial blockages or failures in individual circuits, or determine how efficiently each circuit is performing. There are monitoring systems available, however, that accurately monitor the status of the individual cooling circuits and alarm downstream equipment, should values fail to keep inside qualified tolerance levels.

With advancements in automation, robot transfer handling and continuous assembly processes, it’s often not easy to qualify the dimensional parameters, or detect any faults in individual cavity cooling circuits using conventional statistical process control (SPC) techniques before the component goes down the line. In these cases, a water flow monitoring system can be considered as essential for the quality assurance of critical part production.

One solution is based on a modular manifold system, fitted with in-line sensors for flow, temperature and pressure, which typically replace the water distribution manifold of the injection moulding machine. The following values can be monitored in real time for each cooling circuit:

Alarm limits can be set for each of these values, together with various displays for logging and graphing the recorded data.

The science behind water flow

One factor that is key in the ability to extract heat from the mould is determined by calculating a variable called the Reynolds number (Re). This variable can indicate the transition from laminar to turbulent flow.

To help visualise the effect of this factor, think of the following example – water pouring from a tap into a sink with a clear, glass-like appearance is flowing through the pipe with a laminar flow, in a parallel fashion. If the water flow is increased to a level where it exits with a white appearance it has now changed to a turbulent flow, where the water inside the pipe is taking a much more chaotic path, and far more of the water mass is in contact with the pipe walls.

"The transition where the boundary layer becomes unstable and turbulent can also be calculated, which in turn can be used to set alarm limits."

Above a certain flow rate the cohesion of the boundary layer of the liquid breaks away from the pipe wall surface and the flow becomes turbulent. This is critical to any cooling application because the heat transfer capability of turbulent flow is substantially higher than that of laminar flow. This fluid dynamics calculation, which is also commonly employed in the design of aircraft and ships, can be defined for a number of different situations where a fluid is in relative motion to a surface. The Reynolds number is calculated using the pipe diameter, the flow rate, the temperature, the viscosity and the density of the fluid. The transition where the boundary layer becomes unstable and turbulent can also be calculated, which in turn can be used to set alarm limits.

There are various technologies available to sense liquid flow rates inside a pipe but these are some of the options more commonly used for this application:

– Impellor type – this is probably the lowest cost option, but it has disadvantages with regard to the reliability of measurement. Contamination in the water (hairs, sealing tape, sediment, etc) can disrupt the rotation of the impellor. These devices typically employ a small metal or magnetic flag that is detected by an external inductive or capacitive sensor as the impellor rotates, resulting in a pulsed output. The flow rate is determined by measuring the time between pulses for a known pipe diameter.

– Karman Vortex type – these sensors use a phenomenon that is observed when a small obstruction or "shedder bar" is placed in the flow path. This small protrusion in the internal side wall of the sensor creates vortices that "flip flop" downstream of the bar. The frequency at which these vortices alternate sides is essentially proportional to the flow rate of the fluid. The sensor, typically based on a piezoelectric crystal, and the built-in electronics convert this measurement to an analogue signal, typically either 4-20mA or 0-10V. These devices have the advantage
of being completely free of moving parts, and so the cleanliness of the coolant is not really an issue. They are, however, susceptible to bubbles and air pockets in the water, so the mounting layout has to be designed with care so that gases potentially released from the coolant do not collect in the sensor.

– Ultrasonic type – two ultrasonic transmitters are mounted perpendicular to the flow path but with one angled up stream and one downstream. The difference in the transit time of ultrasonic pulses propagating in and against flow direction is proportional to the velocity of flow. Sensor electronics output an analogue signal typically either 4-20mA or 0-10V. Some sensors are provided as a complete all-in-one solution with threads both ends, but larger size sensors are also available as a pair of transducers that mount directly onto existing straight pipe, with a separate electronics module. A key advantage of this system is a completely unrestricted flow path, but again bubbles and air pockets must be avoided.

There are also a number of other sensor requirements:

– Temperature sensors – either thermocouple or resistive temperature device (RTDs) sensors can be employed. RTDs are usually preferred for temperatures below 100°C because of their improved linearity across this range. Only one is usually required for the supply side because it can be assumed to be the same for all circuits. Sensors are screw mounted and protrude into the flow path.

– Mould safety sensors – optionally, additional temperature sensors can be added to the hot half mould plates as a safety precaution to protect against a complete disruption of the cooling system that can occur for various reasons. Failure of the cooling in the hot half would allow a run away expansion of the entire mould half, which could cause severe damage to the mating surfaces, resulting in loss of production and major repair costs. With safety sensors fitted, alarm limits can be set so that the hot runner heaters are automatically shut down before the temperature exceeds dangerous limits.

– Pressure sensors – for most injection moulding applications, 0-10bar offers an adequate pressure range. The small threaded sensors are mounted into T fittings adjacent to the flow. Again, only one is usually required for the supply side because it can be assumed to be the same for all circuits.

For many applications, anodised aluminium can be used for the water distribution components but care should be taken to check for additives in the factory cooling water because some variants have a serious galvanic corrosive effect on aluminium, particularly with regard to copper and copper alloy-based antibacterial water treatments.

This can have two undesired effects. First, it can substantially eat away the manifold over time, causing pinhole leaks. Secondly, it can deposit the removed material on other metallic surfaces inside the mould, reducing the efficiency of small baffle circuits in critical parts of the mould. Depending on the coolant additives used it may be preferred to use higher-cost stainless steel or brass manifolds, which are immune to these issues.

The water flow monitoring system can be supplied integrated into a Mold-Masters hot runner control system, which provides an all-in-one solution for factors relating to the mould, or as a stand-alone process monitoring and alarm system. The water flow control electronic system consists of signal processing cards for the flow/pressure analogue inputs and temperature sensor inputs, together with a machine-signalling communication card and a colour touchscreen user interface. The signal cards mount into a modular Euro rack format cabinet and communicate with an HMI that is capable of being integral or remote.

System security is achieved with a failsafe system. If key components of the system fail for some reason – for example, cable damage or PC crash – the dual redundancy alarm signalling system defaults to a safe ‘alarm on’ condition, by employing a talk back protocol.

"The setup page allows the user to set warning and alarm limits individually by zone for any of the measured hot runner or water flow values."

The HMI is a Linux-based PC, running a control application capable of controlling both the mould hot runner system together with monitoring of flow, water temperature and pressure in the mould coolant circuits. Individual measured values are displayed on panels on the main display page, either adjacent to hot runner control zones or separated on multiple pages. Values can be selected, up to 20 at a time, in any order and displayed on a 3D interactive, rescalable graph page. Graph data can also be viewed for the previous 24 hours in a similar way, or archived for analysis by Microsoft Excel, Access and other PC software if required.

The setup page allows the user to set warning and alarm limits individually by zone for any of the measured hot runner or water flow values. The warning status offers a visual coloured alert for the user but zones exceeding the alarm limits trigger various downstream equipment signals and an alarm beacon. Other features include:

– Temperature display panels – these display the measured temperature, in degrees Celsius or degrees Fahrenheit, of the zone and can be configured to show the Delta value compared to any other nominated zone – supply versus return, showing the temperature change across the circuit and the energy transferred.

– Pressure display panels – these display the measured pressure, psi or bar, and the Delta value compared with the opposing zone in the same way. This shows the pressure drop across the circuit will trigger an alarm if a blockage or restriction occurs.

This Mold-Masters water flow monitoring system is not necessarily applicable to all moulding processes but is typically employed by medical moulding and high-end consumer product manufacturers that need to assure the quality of all aspects of their manufacturing process. By setting up and using these components and measurement systems, critical part moulding processes can be easily and effectively optimised. The cost of a process control system is much less than the payback of better parts and higher production. It becomes an easily justified decision for many injection moulders, particularly in the medical industry.