Small is beautiful – advancements in micromoulding

Allowing the construction of high-precision parts with miniscule geometries, injection moulding specialists are turning their attentions to micromoulding. Mark Bonifacio, owner of medical device consultancy Bonifacio Consulting Services, briefs Ross Davies on the technology’s uses across the spectrum of medical applications, its latest advances and where it might take us in the future. 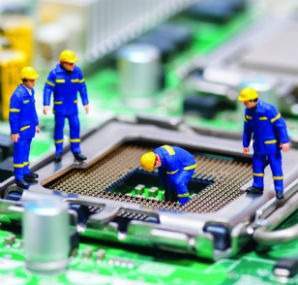 According to recent findings by Global Industry Analysis (GIA), a US-based, cross-sector research group, the micromoulding market in North America can expect to grow at a compound annual growth rate of 14.5% between 2013 and 2019.

The GIA report, concerning polymers and niche markets, also identified Europe as the world’s second-largest polymer micromoulding market – the continent is expected to account for nearly 36% of the total spoils in 2019.

Furthermore, the field of medical micromoulding is set to make up approximately a third of this emerging sector.

The predominant cause for the recent surge of interest in the medical sphere can be traced to a growing demand for minimally invasive devices. Linked to minimal patient trauma, reduced recovery time and shorter hospital stays, minimally invasive surgery is popular with patients and physicians alike.

Attracted by this apparent promise, an increasing number of injection moulding specialists are turning their attentions to micromoulding technology.

Driven by the philosophy that small is beautiful, micromoulding can manufacture high-precision parts with miniscule geometries. As an alternative to micromachining, it can also produce parts with a shot weight of less than 1g.

Mark Bonifacio, who heads up a team of medical device manufacturing and engineering consultants at Bonifacio Consulting Services, headquartered in Massachusetts, US, is one of many industry experts to have noted a discernible rise in the use of micromoulding lately.

"When it comes to micromoulding, we are seeing a lot of applications at the moment," he says. "For instance, it is popular in the ophthalmology world and particularly in the minimally invasive surgery field, which, in many cases, requires implantable products. A lot of new microdevices are coming into play in neuromodulation as well."

Micromoulding experts will be observing these latest movements with a gimlet eye, particularly with regards to the microelectronics field, which, in a commercial sense, has been lively of late.

Notably, in February of this year, Covidien, a global manufacturer of medical devices and supplies, completed the $860-million acquisition of Given Imaging, a medical technology research group renowned for its PillCam product – a minimally invasive, swallowable optical endoscopy tool used to image the gastrointestinal tract.

Nonetheless, when held up against traditional injection moulding techniques, micromoulding is still in its infancy, leading many to describe it as a ‘disruptive innovation’ – the term coined by Harvard Business School professor Clayton Christensen to describe a development that helps create a new market and value network, displacing an earlier technology in the process.

Its stock is undoubtedly on the rise. Spurred on by the aforementioned growth in the minimally invasive market, technological advancements are starting to gather momentum, brought about by cutting-edge machinery and equipment.

"Think about plastic pellets," says Bonifacio. "Injection-moulded parts all begin life as small plastic pellets. Micromoulding allows you to get four or five parts out of one single pellet, but handling and moving these parts can be tricky. So, recently, we have witnessed a lot of advances in terms of automation, metrology and how micromoulded parts are handled downstream.

"While it’s a little bit away, the next step is definitely nano. There’s every reason to believe it can happen."

"Because you can’t really use conventional equipment in a lot of cases, we are seeing a lot of manufacturers doing some really cutting-edge stuff. I think suppliers are also starting to recognise that this is a growing niche market and that there’s an actual need for these devices."

Driving down the cost of micromachines

However, Bonifacio is also quick to stress that micromoulding is not without its challenges. On engineering and material supplier levels, there is still scope for information about the potential benefits for the medical device field to be more widely disseminated.

"In my experience, whenever there is early adoption of a technology, it can sometimes be difficult getting people to understand its main advantages, and to filter that down to design engineers and OEMs," he says. "Currently, that knowledge base is not really out there – there are still very few experts in the micromoulding area. As a result, they aren’t getting much support from materials suppliers."

There are also industrial difficulties associated with the implementation of micromoulding solutions. Again, these primarily relate to operating on such a minute scale.

"Elements such as handling and inspection create some interesting engineering challenges," says Bonifacio. "For instance, you want the part to stay on the hot runner so that you can use the runner to move it to the next operation. Otherwise, it is almost impossible to handle. After all, you are sometimes dealing with something equivalent in size to a flake of dandruff on your shirt."

Before the introduction of micromoulding, the traditional means of manufacturing miniature components was through machining. However, sourcing even low-to-medium volumes of microcomponents has required manufacturers loosen the purse strings more and more in recent years.

Micromoulding is being lauded by its proponents as a way of driving down costs. In light of ongoing engineering improvements, as elucidated by Bonifacio, components can be injection-moulded with more precision and enhanced repeatability. This can also be done in a matter of seconds, as opposed to minutes.

Cost-efficiency is never far away from the top of any medical device manufacturer’s agenda, but it has become even more salient over the last year in the wake of the US Congress’s decision to pass its controversial medical device tax.

Implemented in January 2013, medical devices, including a number of minimally invasive tools, are now subject to a 2.3% levy. Unsurprisingly, the move has been much maligned, and, following some vociferous lobbying, manufacturers are now seeking new ways to offset higher costs.

Given its high production yield and ability to reduce component numbers, could micromoulding be the answer?

Bonifacio appreciates the logic but has his doubts that it is applicable."It’s true that the technology used in micromoulding can lower the cost of a procedure and, through a quicker time to market, can provide a better outcome to the patient," he says. "But I don’t really think that it is a micromoulding-specific issue. Yes, the tax has the potential to stymie some R&D and innovation efforts, but I don’t think it has a specific impact on any one technology."

However, Bonifacio is adamant that the medical micromoulding community will remain a going concern for the foreseeable future and believes that the companies set to benefit most are those with a foot already inside the technology door.

"It is such a great, lucrative area or companies that have already mastered the technology," he says. "For specialists, you can expect a better margin on that type of service, but you also need to appreciate that not every moulder can do really sophisticated micromoulding right now."

Micromoulding clearly still has some way to go before it can become a truly established technology, yet this hasn’t stopped medical device experts speculating and hypothesising on injection moulding solutions that might yield even smaller components in years to come. Namely, this relates to nano.

If micromoulding is described as being in its infancy, nanomoulders could well be defined as embryonic. But there have been some recent breakthroughs. Medical Murray, a US-based medical device developer and contract manufacturer, has already patented and designed a nanomoulding machine, the Sesame, that is able to produce parts in the cubic millimetre size range – 10-9m3 (the definition of nano).

"While it’s a little bit away, the next step is definitely nano," states Bonifacio. "There’s every reason to believe it can happen. I will continue to stress that, for such a young sector, the progress that’s already been made has been huge. Look at some of the exotic materials now being used, such as PLA [polyactide], and bio-absorbable and resorbable resins."

And if anyone has any doubts over such claims, Bonifacio urges that they remind themselves of the lofty strides made in traditional injection moulding over the last decade, such as two-shot injection moulding, which allows complex items to be produced from two different polymers.

"Two-shot is a really strong example of how far we have come," he says. "It wouldn’t surprise me if, down the road, we even see an integration of micromoulding with ancillary processes, such as two-shot micromoulding, or silicone micromoulded with a thermoplastic. With more automation, some of these could be only five to ten years away; maybe even closer."