ContinueLearn More X
Home » Analysis » Keep it in the company: a trend towards in-house development?

Keep it in the company: a trend towards in-house development?

Adefemi Adenuga, industry dynamics analyst at GlobalData, asks whether a recent decline in the volume and value of deals in the medical device industry points to a growing preference for developing in-house capabilities. 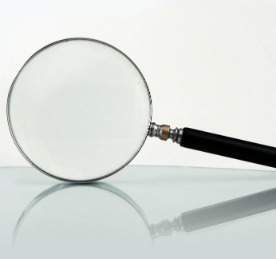 Despite a slight increase observed in Q1 2013, there has been a significant decline in the volume of deals completed in the medical device industry in Q2 and Q3 2013, most noticeably in the area of mergers and acquisitions (M&As). This trend points to a cautious approach by companies in the industry regarding strategic deals, with attention gradually shifting towards the development of in-house capabilities. The factors responsible for this include an increased need to carefully manage scarce financial resources and achieve operational efficiency.

There is adequate data to support this conservative approach to deals exhibited by companies in the medical device industry. Although the volume of deals of all kinds (M&As, collaborations or partnerships, venture capital and private equity funding, equity offerings, debt offerings and asset transactions) increased marginally by 1.2%, from 735 in Q4 2012 to 744 in Q1 2013, the value of completed deals (where financial details were disclosed) declined by 43.8% to only $19.7 billion in Q1 2013 from $35.2 billion in the previous quarter (see Figure 1).

After growing by about 34% to 138 in Q4 2012 from 103 in the previous quarter, the volume of M&A activity has declined considerably in the medical device industry, with only 101 such deals completed in Q2 2013, and 175 over the past six months. Furthermore, only 334 and 25 venture capital funding and private equity transactions respectively have been completed over the past six months – significantly less than 520 and 50 in the six months prior to that period.Figure 2 shows these trends by deal type.

In Q2 2013 and Q3 2013, the North American region witnessed the largest share of completed deals, with 60% (793) of deals in the medical device industry, worth over $24 billion, occurring in the region. Furthermore, 20% (262) of deals completed in the industry during the same period occurred in Europe. These deals were worth a total of around $5.9 billion. In addition, Asia-Pacific, and the Middle East and Africa accounted for 11% (147) and 5% (70) respectively of the volume of deals completed over the past six months, while South and Central America witnessed only 4% (45).

The healthcare IT and in vitro diagnostics markets accounted for 30.3% and 45.9% respectively of deals completed in the medical device industry over the last six months, while cardiovascular devices, orthopaedic devices and diagnostic imaging made up 8.7%, 6.9% and 8.7% respectively.

Significant M&As completed over the past six months include Bausch + Lomb’s $8.7 billion acquisition by Valeant Pharmaceuticals International, Bayer’s $1.1-billion acquisition of a 96.4% stake in Conceptus, Abbott Laboratories’ purchase of OptiMedica and IDEV Technologies for $400 million and $310 million respectively, as well as St Jude Medical’s acquisition of Endosense for over $333 million. Furthermore, there were various debt offerings, including Boston Scientific’s public debt offerings of $400 million and $650 million, and ConvaTec’s private placement of notes worth $900 million, due in 2019.

Valeant, a multinational speciality pharmaceutical company, announced its acquisition of Bausch + Lomb, an eye health products manufacturer and marketer, on 6 August 2013. The acquisition, which was worth $8.7 billion, included Valeant’s payment of $4.5 billion to an investor group led by Warburg Pincus, and about $4.2 billion to repay Bausch + Lomb’s outstanding debt. The deal puts Valeant in a position to achieve considerable cost savings through synergy, as the company is expected to achieve annual cost savings of at least $800 million by the end of 2014. Furthermore, Bausch + Lomb is expected to generate revenues of approximately $3.3 billion in 2013, contributing significantly to Valeant’s revenues.

On 5 June 2013, Bayer, through its subsidiary Evelyn Acquisition Company, completed the purchase of a 96.4% stake in medical device company Conceptus for a purchase consideration of $31 a share or $1.1 billion in cash. This acquisition enables Bayer to expand its presence in the women’s health market with the addition of Conceptus’ Essure procedure to its current portfolio of long-acting intrauterine systems and short-acting oral contraceptives. In turn, Bayer could leverage its in-house capabilities and expertise in the field of gynaecology to further develop Conceptus’ business. In addition, Bayer’s extensive sales and marketing presence is expected to result in noteworthy cost savings.

GlobalData expects the deal to strengthen the existing distribution channels for Cardiocom’s patient management technologies and services by leveraging Medtronic’s brand and significant presence with hospitals, physicians and payers worldwide. Currently, Medtronic operates in over 140 countries worldwide with over 280 locations. The company possesses R&D, manufacturing and distribution capabilities in various locations including Latin America, North America and Asia-Pacific. Therefore, the deal potentially opens up additional regional markets for the telehealth solutions currently offered by Cardiocom.

Furthermore, it enables Medtronic to take advantage of the increasing need of providers and payers to prevent the growth of healthcare expenditures, by offering Cardiocom’s integrated telehealth and telemonitoring solutions. The plethora of healthcare reform initiatives sweeping across many countries, particularly in Asia, Europe and North America, are intended to slow the rapid increase in healthcare expenditures. As a result, most healthcare systems worldwide are currently aiming to improve outcomes, increase access, save costs and improve the overall efficiency of healthcare delivery. To achieve these aims, hospitals and physicians are beginning to initiate or improve value-based healthcare delivery models. This is expected to enable better management and coordination of the care of high-cost, chronic-disease patients.

Consequently, the acquisition of Cardiocom will enable Medtronic to offer a combination of products and solutions that can help address these healthcare challenges, thereby strengthening the company’s ability to partner with providers. In addition, it enables Medtronic to extend its technology portfolio to include complementary services and solutions that treat patients beyond those who solely rely on or need implanted medical devices. Already, the company has chosen to focus on heart failure for the first integration of Cardiocom’s telemonitoring technology.

GlobalData believes M&As will continue to account for relatively smaller proportions of completed deals in the industry, with companies focusing more on strategic alliances. In addition, most deals are expected to be focused on booming niche markets such as personalised medicine, where companies can derive a competitive advantage.