Electron beam and gamma radiation have long been the traditional powerhouses when it comes to medical device sterilisation. However, the use of X-rays is beginning to gain serious traction as the method becomes increasingly viable. Anthony Berejka explains the benefits of a process that can be started and stopped at the touch of a button, and why radioactive sterilisation may soon be a thing of the past. 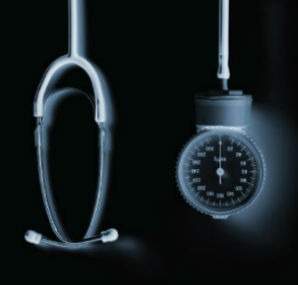 X-rays are currently being used for medical device sterilisation at the Synergy Health facility in Däniken, Switzerland. Synergy operates a global network of gamma sterilisation facilities and has found X-rays to be a practical alternative to a radioactive isotope source.

In contrast to the use of a radioactive isotope – cobalt-60, to produce gamma rays – X-rays are derived from an electrically powered accelerator. At the Däniken facility, a 700kW Rhodotron electron beam (E-beam) made by IBA Industrial has a fixed water-cooled tantalum target for converting accelerated electrons into X-rays.

X-ray generation is the only use for this accelerator. Being electrically powered, the accelerator can be turned on and off as required by production demands. By contrast, radioactive cobalt-60 sources continuously emit gamma radiation and must be periodically replenished, as their activity diminishes.

X-rays used for product sterilisation have been shown to have a better dose-uniformity ratio than gamma, thereby enhancing product quality. X-rays have a forward-peaked emission, are not isotropic and do not spread out in all directions as gamma rays do.

A dose of reality

E-beam accelerators themselves have long been used for some medical device sterilisation, as in-house equipment and at service providers. E-beam is also used in the manufacture of some medical products such as hydrogels, which are used in wound care and the treatment of burns.

So as not to initiate radioactivity in any target materials, E-beam equipment used in industry is no greater in accelerating energy than 10MeV – accelerators of this energy level have been used in medical device sterilisation for several decades.

E-beam equipment ranging from 10MeV down to small, compact 80keV units is used in the manufacture of wire and cable, heat-shrinkable films and tubing, tyres, and the drying of inks, coatings and adhesives based on non-volatile materials (near-zero volatile organic compounds).

There are more than 1,700 such high-current E-beam accelerators in industrial use worldwide. Globally, there are fewer than a tenth of that number of gamma processing facilities – about 160, most of which are used for medical device sterilisation.

E-beam service facilities in Germany and Japan have accelerators that can be used with X-ray targets. In the US, following the anthrax attacks in late 2001, a facility that can do 10MeV E-beam irradiation and X-ray treatment based on a 130kW Rhodotron has been used by the US Postal Service to decontaminate mail.

Trays or envelopes of mail can be treated with 10MeV electrons, or parcels and sacks of mail can be loaded into totes and processed with X-rays. This procedure has been in operation since early 2002.

The unit of radiation exposure used in the medical area and in industrial processing – the dose – is the gray, where 1Gy=1J/kg of mass.

The common chest X-ray exposes the patient to a centigray or 0.01Gy, an exceedingly low exposure that is sufficient for diagnostic purposes but insufficient to cause bodily harm.

By contrast, 25kGy is the common exposure used in medical device sterilisation, whether the source is a radioactive isotope, X-rays or an E-beam. This is six orders of magnitude greater than diagnostic exposures and is more than sufficient to kill any bio-burden found on medical devices.

The table (below) compares some of the properties of E-beams, X-rays and a radioactive gamma source, cobalt-60, that are used for medical device sterilisation. While the penetration of X-rays and gamma rays are comparable, there is a notable difference in dose rate. At 700kW, the Däniken facility can process nearly 19m3 an hour, which is more than 150,000m3 a year of low-bulk-density medical products.

Besides the obvious enhancement of product throughput – perhaps ten times as much each hour – studies on materials used in medical devices, such as radiation-stabilised polypropylenes (PP) used in the manufacture of syringes and other items, have shown X-rays to have fewer deleterious effects on the material.

PP itself is known to be sensitive to radiation degradation, leading to embrittlement and reductions in elongation. Stabilised grades of PP formulated for use with medical devices show a significant retention of properties when exposed to the same sterilisation dose (25kGy) from X-rays than from gamma rays. The higher dose-rate of X-rays, implying shorter exposure times, may be less deleterious for other materials as well.

The pedigree of X-rays

X-rays provide the convenience of having easy-on-easy-off electrically sourced equipment that can operate in step with production demands. In contrast to radioactive gamma sources, X-ray equipment does not require periodic, costly replenishment. X-ray equipment is not subject to the vagrancies of isotope supply or to the complex issues involved in international or interstate shipment. In the US, interstate shipments of cobalt-60 must be continually tracked.

High-powered X-ray-generating E-beams and intense gamma sources used for medical device sterilisation require the same level of personnel shielding with thick-walled concrete vaults. However, the security issues of maintaining large amounts of radioactive materials, as happens in gamma facilities, some of which are near residential neighbourhoods, do not pertain to X-ray sources. Electrically sourced X-ray equipment does not pose the same security concerns over transportation or logistics.

While the ability of ionising radiation to kill bacteria and bio-burdens was known from the first decade of the 20th century, shortly after Wilhelm Roentgen’s discovery of X-radiation in 1895, there was a long progression of E-beam development throughout the century.

Using glass tube constructions as Roentgen did, William Collidge, with the General Electric Company, developed the first E-beam devices in the mid-1920s. It was not until the late 1950s and ’60s that high-current E-beam units were developed with sufficient beam power for meaningful industrial use. The conversion of accelerated electrons into X-rays involves a considerable loss of energy. When using tantalum, the best practical target material, X-ray conversions range between 3-14% depending on the beam energy and power.

In the early 1990s, IBA developed and began commercialising the Rhodotron accelerator. This accelerator has the capability to go to high energies – 10MeV – and high currents, a much greater combination than the industrial linear accelerators that have been used for some E-beam medical device sterilisation – typically 10MeV but also 20-50kW.

The Rhodotron used for the decontamination of mail by the US Postal Service operates at 130kW. For X-ray conversion, the beam energy is kept at 7MeV so as not to initiate any possible radioactivity in the tantalum X-ray target. For the Rhodotron unit in Däniken, Switzerland, the beam power is 700kW – 100mA of beam current at 7MeV.

Since beam current in the E-beam and X-ray modes governs product throughput, the Däniken X-ray unit will have substantially greater product throughput capabilities than any gamma facility. However, it was not until an industrial accelerator with high beam-energy and current was developed that X-ray medical device sterilisation could compete with industrial gamma ray sources.

In operating several gamma facilities that are used for medical device sterilisation, Synergy Health was well aware of all of the issues involved in maintaining gamma processing facilities. Rather than construct a new gamma plant, the company opted to go with X-ray processing. In the long term, the economics favour X-ray processing.

The entire accelerator system, including X-ray conversion capabilities, now costs less than the baseload of cobalt-60 needed for a large-scale radiation sterilisation facility. Other benefits of X-ray use, such as being less deleterious to materials, are also being borne out.

X-ray processing is now a viable industrial alternative to the use of radioactive gamma sources for medical device sterilisation. It would seem that a facility using X-rays from a high-powered E-beam would have an economic advantage over any gamma processor.