Power to the patient: the evolution of portable medical devices

Advances in technology have led to more critical care devices becoming portable and this trend has put far greater emphasis on the performance of the batteries that power them. In this special report, Medical Device Developments considers how battery technology has changed over time, and asks Tactiq’s Alan Johnson what risks must be addressed in the management of power sources for portable medical devices in the critical care environment. 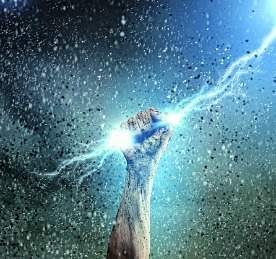 Most of us have experienced the annoyance of finding that our mobile phones are low on battery just when we need to make an important call, but in a critical care setting, a depleted battery can pose a potential threat to the life of a patient. As an increasing number of medical devices are now designed to be portable, the design and management of batteries has become an important issue for devices manufacturers and clinicians.

This expanding range of portable devices includes many diverse products, from hand-carried cardiac ultrasound units to portable ventilators. From monitoring physiological activity through to delivering essential care and supporting emergency response procedures, portable devices are a vital part of the clinician’s toolkit, and in most cases it is crucial that there is no interruption to the power supply. But what challenges must be overcome and what risks must be managed in order to ensure that portable devices work as intended when they are called upon?

"Portable devices face particular challenges, but as with all medical devices, the key is to understand the intended use, critical functions, usability and risk management," explains Alan Johnson, technology director at Tactiq. "In terms of ergonomics and usage, should it be handheld or portable? If it is portable, then where will it be placed? Does it need a stand? Are there cables or disposable elements to consider? How will these be stored, moved and installed? Does it need to interface with other devices? How are these positioned and mounted? Robustness is also key. Handheld devices must survive a 1m-drop test without compromising safety."

Another major factor influencing the design and use of portable devices is the power supply, particularly when it comes to devices that rely on an internal battery.

"The approach one takes to power supply issues is dependent on the parameters defining the device’s expected use, including the environment, the available resources and the impact of a device failure," continues Johnson. "The techniques available to combat these problems include alarms to indicate that there is an issue to be addressed, as well as the use of redundant power supplies.

"Power supply is a key factor in the design of a portable medical device – particularly when that device performs a critical care function ."

"The general principles of ensuring that a single failure cannot cause an injury are applied. For critical applications, where a failure leads rapidly to serious injury or death, we have designed systems with multiple redundant back-up power supplies and redundant alarm systems. Less critical systems may have a single back-up supply and alarm," he adds.

Product development consultancy Tactiq specialises in the development of software, electronics and user interfaces for demanding embedded systems. It regularly works on innovative product development for the healthcare sector, although its expertise also applies to automotive, defence and industrial markets. Founded by a group of experienced professionals from GE Healthcare in 1996, it now advises clients ranging from technology SMEs to blue-chip corporations.

When it comes to power supply and battery systems, Tactiq’s expertise can be applied to many industry sectors, but its heavy focus on the medical device sector enables it to work to standards such as IEC 62304, IEC 62366, ISO 14971 and IEC 60601, ensuring that even the most demanding devices maintain regulatory compliance.

"We have designed a number of portable and highly reliable medical devices for use in challenging environments," Johnson says. "A challenge for batteries – particularly rechargeable batteries – is high temperatures. This is not normally a problem for medical devices, which are used in a controlled environment, but may be an issue for those that are intended for use outside a hospital environment."

The risk of power failure in critical care devices is the same whether a device is powered by mains electricity or battery. In either case, there must be provision for a failure of supply. If a device is mains-powered then back-up generators may be in place to cover for a mains power failure, but in portable devices that rely on battery power, a secondary system must be in place to kick in if the main power source fails.

"The risks very much depend on the device; power failure scenarios and their potential impact must be reviewed as part of the risk management process for each device," says Johnson. "It is important this is done early in the development process so that the overall design addresses the risks of power and battery failures, including factors such as uncontrolled discharge or fire.

"The safety strategy for a device depends critically on what the device does. The failure of a monitoring device is important because the patient is no longer being monitored, but in itself it does not cause an injury, so the risk management of this sort of device will be different from a device that must continue to operate to ensure patient safety," Johnson adds.

"Designers must ask themselves important questions: is the device disposable? Does it need to be rechargeable?"

Some devices, particularly monitoring equipment, as Johnson notes, may be in a safe state if the power supply is disrupted, provided that someone is notified of the failure so that timely action can be taken
to fix the problem. For critical care devices, however, there is no exception to the rule that an alternate power source must bein place.

"No one will die imminently if a monitoring device fails, but in those instances when a device must be kept going, there must be some level of redundancy so that a fault would not stop operation," stresses Johnson. "A device that we worked on, for example, had three power supplies – the mains and two batteries."

Over the years, there have been vast improvements in the life of batteries, as different materials and new designs have steadily superseded their predecessors (see the ‘Evolving battery technology’ box).Secondary or rechargeable batteries have become the preferred option over primary (non-rechargeable) batteries.

"The explosion in battery-powered consumer devices has led to a slow improvement in battery technology, and a move away from earlier battery technologies towards higher-density lithium technologies," says Johnson. "Just as significant for some applications is the reduction in the power required to perform what historically have been power-hungry functions such as image processing.

"One of the plus points about lithium batteries is that they have very flat discharge characteristics. The downside to this is that it can be hard to tell how much power is left in the battery just by looking at the voltage."

Rechargeable lithium technologies have two to three times the capacity of nickel-metal hydride (NiMH) batteries, which were themselves better than nickel-cadmium (NiCd) varieties.

"What is certain is that the batteries that power portable devices must be small and light. You can’t use a 35kg lead acid battery – the technology has evolved a lot and lithium batteries are used much more, but as with all batteries, there are risks that must be managed. If there is a short circuit in the battery, there could be a fire hazard, so there must be additional safety measures built into any device that uses them," Johnson adds.

Lithium batteries have become the most popular choice for powering portable devices and the safety measures are relatively easy to implement at the design stage. Systems to monitor the battery and disconnect it in the event of a fault constitute the first step, though additional measures to eliminate fire risks might include thermal fuses that cut the power output if the battery gets too hot.

Alongside these design factors, there must also be an adequate policy for managing the batteries used in portable devices in a critical care setting, not least to ensure that they are ready for use when called upon.

"One of the plus points about lithium batteries is that they have very flat discharge characteristics," notes Johnson. "The downside to this is that it can be hard to tell how much power is left in the battery just by looking at the voltage. Discharge is steady and then suddenly falls off a cliff. The first mobile phones that used lithium batteries had a problem with measuring how much battery life was left.

"NiMH batteries lose power month to month, so they must be recharged before use if they have been on the shelf for six months. There is no such problem with lithium batteries, however, which drain power only when they are in use. Knowing what type of batteries a portable medical devices uses is important when putting in place a policy for battery management," he adds.

Designers of medical devices have to consider the capability of existing battery technology when creating new portable systems, balancing many variables such as power output, size and weight. They do, however, have some say in determining the length of battery in a given application because they are constantly developing ways to reduce the power demands of the devices they create.

"The usage pattern is important to understand, so designers must ask themselves important questions: is the device disposable? Does it need to be rechargeable?" Johnson explains. "Problems arise with devices that have space or weight constraints.

"It is often much easier to reduce the power demands for monitoring, communication and control than it is to allow more space and weight for batteries.

"Moving away from older, lower-density battery chemistries such as NiMH makes a significant difference. If physical work such as pumping is required, this is harder. The use of ultracapacitors can help use batteries more effectively in applications where pulse power is important."

Ultracapacitors, which are also known as supercapacitors or electric double-layer capacitors (EDLCs), are types of electrochemical capacitors that bridge the gap between conventional capacitors and rechargeable batteries. They have the highest available capacitance values per unit of volume and the greatest energy density of all capacitors.

Power supply is a key factor in the design of a portable medical device – particularly when that device performs a critical care function – and battery technology is constantly being improved in increments. In the hospital setting, however, the performance of batteries is only as reliable as the systems in place to manage their charging, storage and use.