Unique device identification, the new framework from US FDA, is midway through its staggered implementation, with another four years until the last milestone is reached. Medical Device Developments speaks to executives at Johnson & Johnson Supply Chain about what this means for the industry in the US and what companies should be doing to prepare. 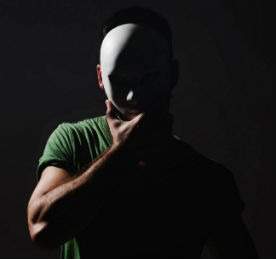 The move towards unique device identification (UDI) is already well under way. Since 2013, when FDA released its final ruling, every medical device manufacturer in the US has been aware of the need for compliance. A multistage mission, spread out over seven years: this is categorically a marathon, not a sprint.

The first deadline was September 2014, when the labels and packages of all Class 3 medical devices (those at highest risk) were required to carry a UDI and manufacturers required to submit data for these devices to FDA’s Global Unique Device Identification Database (GUDID). A year later, the requirements were extended to all implantable, life-supporting and life-sustaining devices.

The third deadline, in September 2016, brought in labelling requirements for Class 2 medical devices – think infusion pumps, rather than pacemakers – while all Class 3 devices reprocessed between uses required a direct, permanent marking on the product itself.

Once the two remaining deadlines have passed (September 2018 and September 2020), the rules surrounding labelling and marking will be applied to all classes of device.

“One component of the regulation encountered this year for the first time was around direct marking,” says  Tom Jones, UDI project director for supply chain visibility at Johnson & Johnson Supply Chain (JJSC). “By 24 September, the highest-risk class of devices, Class 3, that are to be reprocessed between uses, are expected to bear markings on the products.”

Perhaps unusually for such a major undertaking, UDIs have been universally welcomed across the medical device supply chain. By standardising medical barcoding, they will enable all devices to be traced from the point of manufacture right through to the patient’s bedside. This will introduce some much-needed uniformity to an industry in which traceability, in the worst-case scenario, can be a matter of life or death.

Plan for the future

However, this is not to say implementation is straightforward. It requires a comprehensive plan, rather than a quick fix, and certainly shouldn’t be tackled at the 11th hour. No surprises, then, that most manufacturers have a dedicated team in place for UDI compliance. Often, they are tasked not just with meeting the deadlines, but also with determining how the new rule might be used to enhance their internal processes.

“This is by no means just a supply chain-driven must-do,” says Paul Pandiscio, VP of supply chain product management at JJSC. “Yes, there’s a compliance element – it’s not a choice whether you do this or not – but JJSC has chosen to embrace it as a cross- functional business strategy and to look at the bigger picture.”

A dedicated team has been appointed for the task. While JJSC has long been concerned with traceability, with enterprise supply chains focused on product identification, it has stepped up its efforts since 2013.

As Pandiscio explains, “This is certainly not a short project – JJSC is currently midway or and still has a long way to go.”

Because it comprises several franchises working in partnership, JJSC needed to create some standardised approaches, particularly in terms of how data was collected and submitted to FDA. It therefore decided upon a centrally led strategy that is now being executed by the operating companies in broadly similar ways.

“Some of the data that was collected as part of the GUDID for FDA is now centralised for Johnson & Johnson,” says Blair Korman, UDI project manager. “In the future, we’d expect to see more use for that data, now that it’s all in one spot.”

When rolling out changes on this scale, it is important to ensure disruption is kept to a minimum. This requires treating UDI implementation less as a scrabble to meet deadlines, and more as a day-to-day business activity.

However, no manufacturer is an island, and tasks of this nature can’t be undertaken in isolation. Because UDI has implications for the entire supply chain, JJSC makes sure to check in with its customers to see how they’re progressing.

“We’re becoming more aware of how hospitals are starting to use UDI, and incorporating that into their electronic medical record systems,” says Mike Rose, VP of supply chain visibility at JJSC. “What’s unique about this effort is that there’s been a lot of engagement between the regulator and the industry, including the healthcare providers. We’re all rallying around this regulation because we can see the benefit to our patients who need our products.”

In short, nobody is working at cross-purposes. FDA respects the industry’s underlying intent to do what’s best for patients, while the suppliers appreciate the regulator’s guidance.

“They look to the regulator as being a strong enabler, helping us to achieve consistency in the way we’re labelling our products,” says Rose. “It’s been a great collaborative effort between regulators and suppliers, as well as healthcare providers.”

This has led to various cross-industry partnerships, spearheaded by FDA itself, that provide a platform for discussion and information sharing. This, in turn, has cast some light on the more ambiguous aspects of the regulation.

For instance, the original rule did not clearly specify how the industry should treat non-sterile inventory. Take orthopaedic devices, which are typically stored in ‘convenience kits’. Because these devices subsequently become separated from their packaging, it wasn’t obvious whether or not each one required an individual identifier.

After some industry head-scratching, FDA returned an answer. Its latest word on the matter, published in January 2016, defines convenience kits and when to associate UDI identifiers to kitted medical devices. Because orthopaedic implants are cleaned prior to use, they do need to carry a direct marking.

“This was a very interesting and collaborative process between device manufacturers, FDA, providers and trade associations,” says Pandiscio. “JJSC had to come up with something that took into account the limited amount of information you could physically fit on to, say, an orthopaedic screw. It came up with a good solution, which is now being piloted with some providers.”

Collaboration is also vital for another reason, namely, that the lines of accountability are often blurred. Although the rule may seem straightforward – the labeller is responsible for UDIs – in reality ‘the labeller’ is a somewhat vague regulatory concept that doesn’t always denote the manufacturer or distributor.

“The labeller is the person or corporation named on the product that the customer would contact if they had questions,” explains Tom Werthwine, director of industry standards. “That said, the medical device supply chain is very complex: in some cases external manufacturers have made an entire product and own the intellectual property, while in many others the product is co-developed and co-marketed.”

In practice, this means responsibility needs to be shared among all involved. Whenever JJSC outsources to a third-party manufacturer, it works hard to ensure a level of clarity around its labelling requirements. From time to time, this means helping suppliers adapt their own internal processes, which, while potentially expensive, is critical to the project’s overall goals.

“If you’re part of the supply chain, you have a responsibility to ensure the product is labelled accurately – that it has the correct barcodes and that the barcodes can be scanned,” says Werthwine.

As full UDI implementation moves closer to becoming a reality, its benefits speak for themselves. One only needs to compare the new system with past attempts at device identification, which generally involved multiple systems and a degree of over-labelling. UDI ensures devices remain visible throughout supply chains, eliminating chaos and improving patient safety.

In some respects, the change reflects what happened in consumer goods when standardised barcoding systems became the norm. It might even be said that hospitals, long hamstrung by their added layers of complexity, are finally starting to catch up with the retail industry.

Of course, a system of this nature can only go so far – for instance, FDA has no power to regulate a hospital’s use of UDI. It does, however, promise end-to-end product visibility, which has always been a holy grail for the healthcare supply chain.

“It’s something that’s incredibly difficult for the industry to achieve, for a number of reasons – different standards, different business constructs, and the breadth and diversity of the global customer base,” says Pandiscio. “But as we work together, we can realise that promise. We could have earlier indicators if something’s not working the way it’s supposed to; we can help assure critical products are always available when needed; and drive lower costs through more efficient inventory stocking, less waste and optimised logistics.”

There is also a growing wave of interest around incorporating UDI in the reimbursement flow. Although it will most likely be some time before UDIs are included in insurance claims, the idea is starting to circulate more widely. Supporters have noted it could be used to improve population health data and feedback on device performance.

For the time being, however, device manufacturers have a more pressing concern: meeting their upcoming deadlines. So, with four years still to go, what kind of challenges remain?

“One issue is: what do you do with any remaining, non-UDI compliant inventory you may have by the time the deadlines hit? That’s something the industry has to work on,” says Pandiscio.

Blair Korman adds that the everyday grind of switching systems can prove labour-intensive.

“When we look at the work that’s been done so far, and the foundations that have been laid, it’s huge,” he says. “But Johnson & Johnson is making changes, and the supply chain is equipped to handle them. We’re getting closer and closer to the 2018 deadline, when all medical device data must be submitted to the GUDID.”

It is clear that manufacturers need to pay attention to what’s coming next, as opposed to sticking rigidly with what is currently required. This means embedding future requirements into the product development process.

“The products we’re designing today may not require a direct-part mark now, but we know this requirement for UDI compliance is coming up on the horizon, so we should design products today that meet the future requirement,” says Pandiscio. “Doing smart things like that from a cross-functional standpoint, and staying ahead of the curve, are really going to make a big difference.”

Jones agrees: “Our operating companies have done a very good job of integrating the UDI requirements and processes; it has become part of the standard way they do business moving forward,” he says.

To return to the marathon analogy, having just passed the halfway marker, JJSC is showing no signs of flagging.