2012 was a tough year for Western economies. However, there have been some notable palpitations in the global medical technology M&A market. GlobalData profiles the five big deals of the year so far. 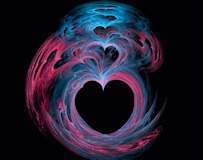 On 8 August this year, Linde Healthcare bought Lincare Holdings, a provider of respiratory therapy services, for $41.5 a share, or $4.6m in cash. The deal represented a revenue multiple of 2.4× and an EBITDA multiple of 10×. Linde financed the acquisition through a $4.5m loan and available cash.

The offer price represented a premium of 64% over its share price of $25 on 26 June, the last day prior to press reports speculating as to Lincare’s auction process. It also showed a premium of 49% over the three-month volume-weighted average price per share.

"Linde Healthcare completed the initial tender offer, under which it purchased 88.85% of the shares of Lincare common stock."

Linde Healthcare completed the initial tender offer, under which it purchased approximately 88.85% of the shares of Lincare common stock, then exercised its top-up option to purchase additional shares. It acquired all the remaining issued and outstanding shares of Lincare common stock by means of a short-form merger. All such shares were converted into the right for a cash payment of $41.50 a share, the same amount paid in the tender offer.

Following the transaction, Lincare Holdings became a wholly owned indirect subsidiary of Linde Healthcare, which enabled Linde to expand its business operations in the US healthcare market.

Shareholders of CHSI received $28 in cash and 0.66 shares of SXCI per share of CHSI in the acquisition. The stock component was valued at $53 a share, which implied a purchase price of $81 a share and a premium of approximately 28% based on SXCI and CHSI’s closing stock prices on 17 April.

"SXC is positioned to be one of the nation’s largest pharmacy benefit companies."

The deal allows SXC to stay competitive as larger pharmacy benefits managers, including Express Scripts and Medco Health Solutions, have been joining forces in recent months. Consequently, SXC is positioned to be one of the nation’s largest pharmacy benefit companies. Furthermore, the firm has an opportunity to win new business from larger players such as CVS and Express-Medco.

JPMorgan Chase underwrote the $1.7m debt financing to cover the cash portion of the transaction. Barclays also acted as a financial advisor for SXCI, while Heenan Blaikie, and Milbank, Tweed, Hadley & McCloy were its legal advisors.

In August, Hologic took control of Gen-Probe, a manufacturer and marketeer of molecular diagnostic products and services, for $82.75 per share in cash or a total enterprise value of approximately $3.7m.

The board of directors at each company unanimously approved the transaction, with Hologic funding it through available cash plus the financing of term loans and high-yield securities. Hologic secured fully committed financing from Goldman Sachs Bank USA and Goldman Sachs Lending Partners.

"In August, Hologic took control of Gen-Probe for a total enterprise value of approximately $3.7m."

Hologic is to retain its headquarters in Bedford, Massachusetts, while maintaining a presence in San Diego, California, where GenProbe’s operations are located. Rob Cascella will retain his position as president and CEO of Hologic, while Carl Hull, the former chairman and CEO of Gen-Probe, will continue to oversee the company’s combined diagnostics business for a minimum period of 15 months.

The acquisition enables Hologic to enhance its molecular diagnostics portfolio by combining Gen-Probe’s automation platforms TIGRIS and PANTHER, as well as its extensive range of female-targeted STD tests (which includes the APTIMA tests), with its global market presence and distribution. It also expands Hologic’s international presence.

Agilent Technologies completed the acquisition of Dako in May. The tissue-based cancer diagnostics company, owned by fund-managed private equity firm EQT Funds Management, was sold for $2.2m on a debt-free basis.

In May 2007, EQT acquired Dako for $1.3m from the company’s founder Niels Harboe and Novo Nordisk.

In conjunction with the acquisition, Agilent formed a fourth business reporting segment, the Diagnostics and Genomics Group. The new organisation comprises Dako, led by Lars Holmkvist, and the Genomics Solutions Division, led by Bob Schueren, vice-president and general manager of Agilent’s genomics group.

The transaction increases Agilent’s base of recurring revenues and is expected to be immediately accretive to Agilent earnings on a non-GAAP basis. The acquisition enables Agilent to augment its presence in the life sciences sector, complement its research technologies and accelerate growth in the diagnostic markets. It provides Dako with a broader platform to undertake marketing and R&D activities.

In April, Illumina turned down an increased offer of $51 per share by Roche Group. The offer, which would have totalled approximately $6.5bn, was an increase from Roche’s first offer of $44.50 a share. The revised offer price represented a premium of 15% to Roche’s offer in January 2012 and a premium of 88% over Illumina’s closing stock price on 21 December 2011, the day before rumours emerged about an original offer from Roche. Roche is expected to finance the acquisition from available cash on its balance sheet and borrowings under its credit facilities.

Under the proposed transaction, Roche would have purchased all of Illumina’s outstanding shares of common stock for $51 a share in cash payments. Roche was to nominate a slate of highly qualified, independent candidates for election to Illumina’s board of directors. If adopted, this would result in Roche-nominated candidates making up a majority of Illumina’s board.

"Illumina turned down an increased offer of $51 per share by Roche Group."

The proposed acquisition would have combined the capabilities of Roche’s diagnostic division and Illumina’s sequencing technologies to strengthen its position in sequencing and microarrays in order to address the growing demand for genetic/genomic solutions.